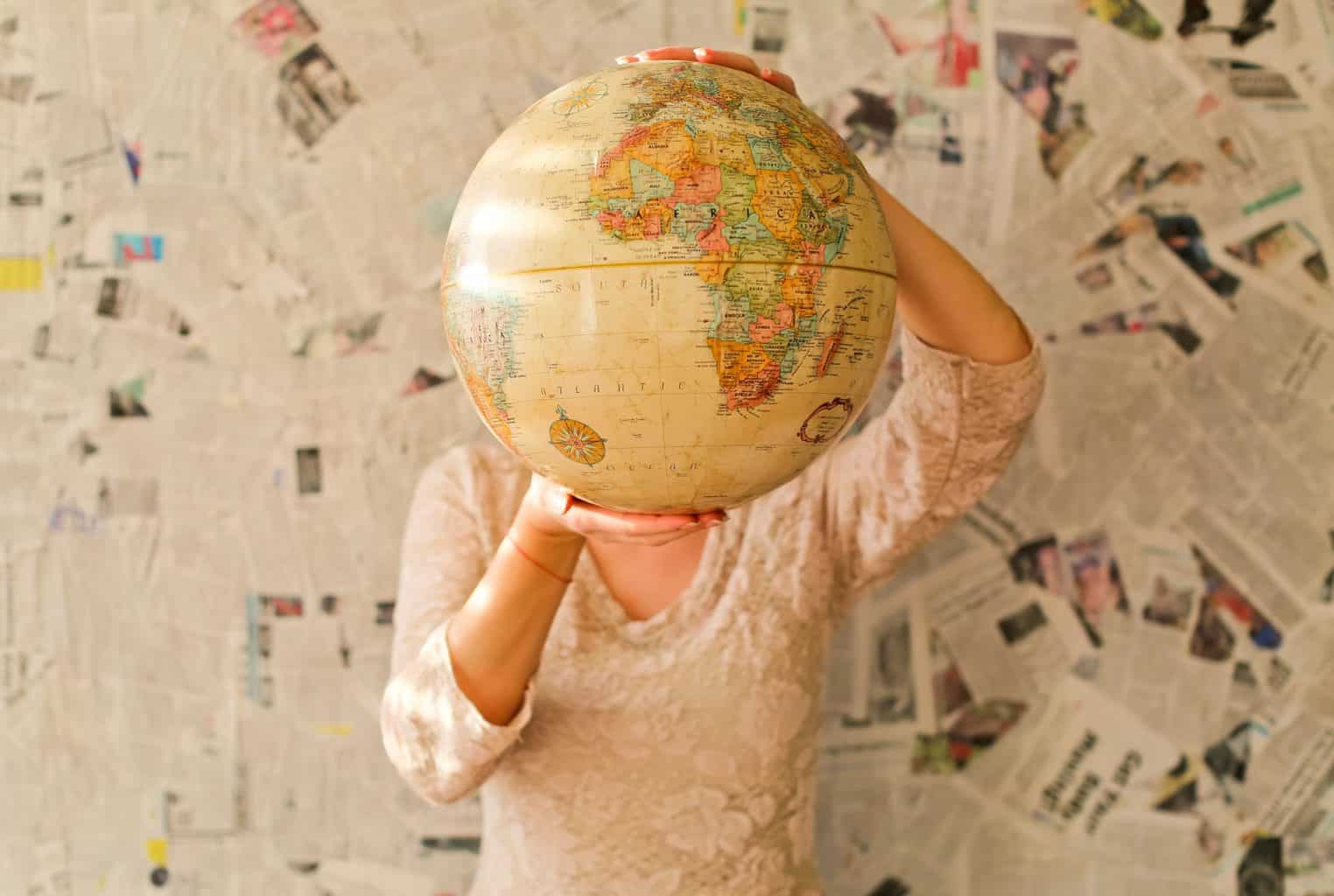 Close your eyes and picture the world. Can you see all 7 continents including their approximate shapes? Can you identify many of the countries on each continent as well as some of the geographic features? How about your students; can they create a mental map of the world if asked?

This is a topic that I am particularly sensitive to, because as a student I never — that’s right — not once in my 13 years of primary and secondary school — had a geography course. As a result, I have been playing catch-up throughout my adult life, trying to add clarity and precision to my own mental map of the world.

In New York, geography is part of the high school Global History curriculum, but not a stand-alone class. As a result students receive a haphazard smattering of map skills sprinkled into their history units. Most of my 10th graders cannot label all 7 continents and 4 oceans when given a blank map.

For most people geography is boring. It is also no longer acceptable to send kids home and tell them to memorize the 50 states or the countries and capitals of the world. A more engaging method is necessary. 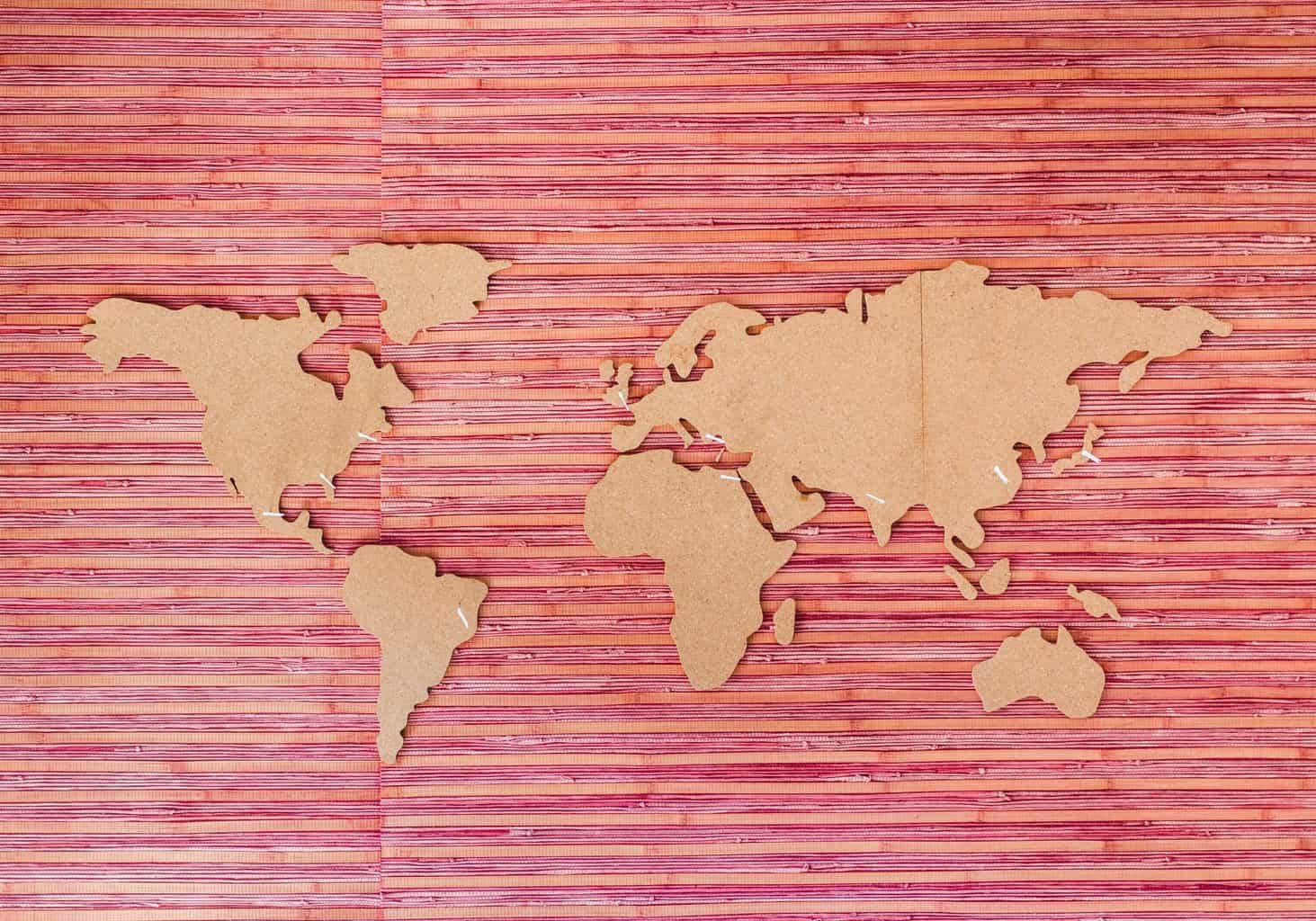 I believe this is a good thing. It is a waste of brain bandwidth to utilize rote memorization for most content learning. In a world of internet access at your fingertips 24/7 that time and brain power can be better spent with higher order skills. I know some of you may not agree, which is great! Students needs all kinds of teachers; each support students in different ways.

Contents show
1 Why do you need a mental map?
2 Have Students Check Their Knowledge
3 How to Improve Your Students’ Mental Maps
3.1 Macro Techniques
3.2 Micro Techniques

Why do you need a mental map?

Okay, this question is a bit self-evident, kind of like asking “Why do teachers like July?” On the other hand, I just finished saying that children don’t need memorization anymore. So which is it? Here’s my stand: nobody needs to remember every country and capital of the world (however you should watch the video link of the 5-year old I link to at the end of this post who does just that). What is useful, however, is a general feel and understanding of the world map and its countries.

As an adult with life experience, and as a teacher with content knowledge, it can be easy to forget that your mental paradigm is HUGELY different than a sixteen-year-old’s. If you talk about the middle east, the far east or the west most adults will create an appropriate frame of mind.

Students, on the other hand, may picture all kinds of things, or nothing at all, when you mention these terms. And if you go on to explain any these terms the disconnect grows. I recently explained to my students that the middle east is a European term — specifically British — and that the description doesn’t apply to the rest of the world and is obsolete. I did this with the help of a map for further clarity.

The next day I asked students to explain why the middle east is called the middle east. Most students said, “because it’s in the middle of the east”.  A few gave more convoluted answers, and about ten percent answered correctly.

Westernization is another term that my students often struggle to recall and truly understand. It is another idea that really needs a person to orient themselves correctly in the world to grasp. Whether you’re teaching about the westernization of Russia or Iran’s aversion to all things western or Meiji Restoration this concept arises again and again in world history as well as American history. 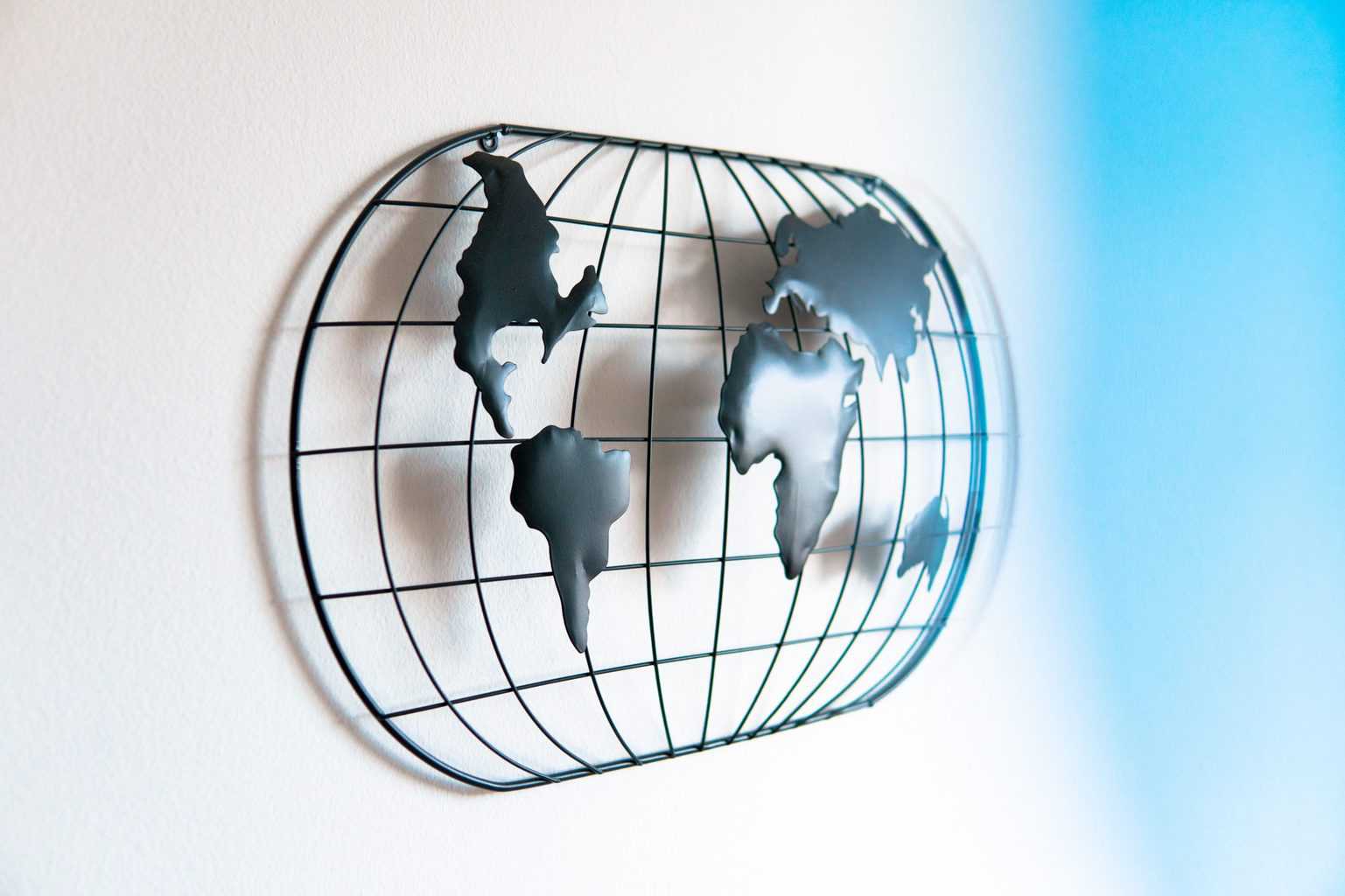 Have Students Check Their Knowledge

Start off with a little assessment. As a bell-ringer instruct students to draw a map of the world and label as many continents and oceans as they can. It can be anonymous; they don’t have to put their names on it. Make sure there aren’t any maps around the classroom visible for them to “cheat” from. You will get quite an array of results.

Next have the students, or 8-10 designated students, put their maps around the room. Allow students 5 minutes to walk around the room and study the various drawings. End this exercise with a debrief that includes reactions to the assignment and reflections on why some (all?) of the class struggled with the activity.

How to Improve Your Students’ Mental Maps

Now that everyone agrees there is a disconnect between the world map and students’ mental maps it’s time to start to close the divide. You cannot accomplish this overnight. It must be an ongoing process. Every time you show a map, every time students label a map, every time they engage in any way with a map you are chipping away at the muddled picture in their heads and making it clearer.

Try to infuse geography everywhere. If you can, display a world map in your classroom all the time. Our school traditionally has pull-down maps that you utilize when needed. It’s better for kids to see one constantly, even if they are not overtly paying attention to it.

If you don’t have a large world map consider having students make them. Working in groups have them try their best to draw the continents and oceans on a large poster paper. It would take too long to have them label all 195 countries at one time. Periodically (Find-the-countries-Friday perhaps) they can label  10 of the countries. Alternatively, when a student is finished early with their work they can go up to the map and write in some country names. Eventually all nations will be labeled.

Another method I’ve used is to ask each group to create one continent, then bring them all together to make the world. Give each group a world map and have them create one of the continents 10x the size. It combines graphing and math skills with social studies. You just implemented an interdisciplinary lesson, yay; you’re awesome!

If a lesson ends a bit early play a game using the world map. For example, have 2 students come up to the map with some kind of pointer (a ruler will work). Someone should be the timer. Then throw a country out there, then another and another and see which student can point to the most countries in a minute. Start easy — think France — and progress to more difficult countries (Belarus).

When I say micro, I mean working on specific parts of the map rather than the whole world. A way I implemented this recently with good success was an introductory lesson to the Middle East. The plan was to teach about the creation of Israel, but first I wanted students to appreciate both the size of the country (approximately the size of New Jersey) as well as her neighboring countries to better grasp the conflict in the area. If you need a one day lesson that covers Israel you can get it here.

The lesson began with a warm-up assessment question asking students to identify countries in the Middle East and anything they know about the geography. There were a few Arabic students who could name several countries,  but most came up with 1 or 2.

Once the map was labeled they had to work together in small groups to create high-level questions based on their maps. So someone should be able to answer their questions by looking at their map. This acted like a “close read” for map work. Students were forced to really study and engage with the maps, helping to create and cement their mental maps. If you’re interested, you can find the entire lesson here.

The next day as a bell ringer I gave them a quick quiz. They were given the same map as the day before and had to label the countries. I didn’t ask for all of them; the number would be dictated by the abilities of the class. For example I asked them to label any 8 nations. Again, rote memorization of every country is not necessary. I warned them of the quiz, so that — hopefully — they would go home and study their maps.

It worked really well. Most students passed the quiz with flying colors. What really gratified me was more than a week later when Yemen was mentioned in passing I asked the class to describe where Yemen was. Many were still able to recall that it was south of Saudi Arabia, next to Oman, etc. I was so proud!

Another method of building connections is what I call zoom-in-zoom-out.

Let’s take India as an example. During my imperialism unit, and again for modern day issues I start with several Powerpoint slides without any words. The first few will depict the Taj Mahal, the Ajanta Caves, the open air markets, vivid photos that might stay with students. Next comes a map of India, showing the triangular shape and large size and Indian Ocean. Finally zoom out again to a world map with India highlighted. Ask the class to describe where in the world India is with at least three reference points. 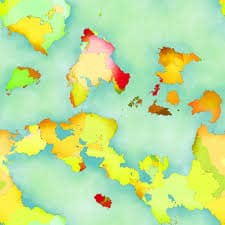 You could do this exercise backwards and zoom-out-zoom-in, starting with the world map first.

When giving students handouts try to include a map of the area being covered, even if it’s small. Sometimes I will copy a large shape of the country/continent and place the text inside.

Hand out pipe cleaners and let students work in pairs to make the shape of the area in question. You can do the same thing with playdough. Playdough is super cheap if you make it yourself. Yes, I do teach high school. And, yes, they’re still kids and love to “play” with these materials sometimes.

Everybody’s mind is so different. You never know what is going to stick. So keep throwing the proverbial wet toilet paper!

By the end of the year they may rival the five-year-old geography wizard that Ellen had on her show (check it out, he’s astounding and adorable!)