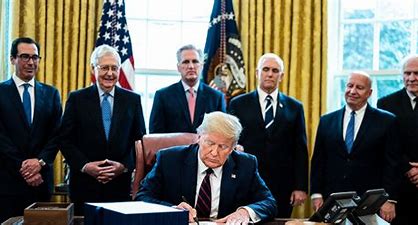 If you’re looking for a brief (650ish words) summary on a topic in history you’re in the right place! You can find reading passages for U.S. History and World History topics and can download a PDF copy for yourself. If you need a digital copy, a Google link is also provided.

TO VIEW A DIRECTORY OF ALL OF THE UNITED STATES HISTORY PASSAGES CLICK HERE.

The 2016 election was the second time in twenty years when the winner of the popular vote did not win the presidency.  The first time involved a court battle that reached the Supreme Court. The second would involve a lot more controversy than that.

The trend in recent elections was an ebb and flow of party control of the presidency and Congress, so a Republican winning after two terms of President Obama (Democrat) would not be surprising. The surprise came when a businessman and media celebrity, which serves him well in our mass media times, won.

Not only did Donald Trump not have any government experience, but many controversies arose during his campaign from allegations of racism and sexism to possible Russian interference in his favor.

His opponent Hillary Clinton, however, was a divisive figure in politics for decades. Trump also mostly held together the Republican coalition, including support from most evangelicals who respected his strong support of their interests.

He also won just enough votes, in a very close election, in a few Midwest states with populist appeals addressing concerns about a struggling economy and a nationalist message.  Mixed in were appeals that many felt were racist and anti-Muslim, but this appealed to some, too.

Trump used the slogan “make America great again” (MAGA) and has a strong nationalist message.  A basic example of this was his support of a border wall on the Mexican border as well as restrictions on immigrants, including from countries that are heavily Muslim (travel ban or “Muslim ban”).

He also supported a policy of separating children from their parents who were caught unlawfully crossing the Mexican border.

This and other policies caused much controversy as did many of his statements, often via Twitter.  Many feel Trump refuses to be “presidential” and violates basic presidential norms.

However, this appeals to many of his supporters, including his strong partisan messaging not just on Twitter but on friendly media platforms like Fox News.

His presidency also had various problems arising from what appeared to be a poorly run executive department, while a Republican Senate helped confirm many conservative judges.  Federal judges have life tenure, and will be there years after he leaves office.

Many actions during the Trump Administration resulted in controversy. Still, allegations that he asked Ukraine’s help to find “dirt” on Joe Biden (assumed to be a leading candidate for Democratic presidential nomination in 2020) in return for foreign aid resulted in impeachment.

A special investigation of the 2016 elections by Robert Mueller already found evidence of Russian interference that appeared to involve some members of Trump’s campaign. This appeared to be more of the same.

Also, the House of Representatives (re-taken by the Democrats in the midterm elections) cited strong interference with their oversight powers by Trump’s refusal to provide documents and personnel to testify.  But, by nearly a straight party vote (Sen. Mitt Romney alone switching sides), the Senate did not convict after a trial in January 2020.

A particularly strong form of the coronavirus was identified in late 2019 and thus was named Covid-19. It resulted in a global pandemic (widespread disease) that spread rapidly in the United States in early 2020.  By mid-2020, there were over one hundred thousand deaths and many more sick.

A special effort was made to limit the spread of the disease, including by use of masks, social distancing (including people six feet apart) and isolation.  For instance, schools were done remotely via services like “Zoom” and after a delay of many months, baseball was played without fans in attendance.  Such a lethal disease has not been seen in the U.S. for a hundred years.

Concerns about police wrongdoing and other forms of racism continued with major protests in many cities. A particular moment of controversy was a white nationalist rally in Charlottesville, Virginia.

The police shooting and death of an African-American in Minneapolis, George Floyd, led to a series of protests as well as outbreaks of looting and rioting.  A group with a motto of “black lives matter” particularly stood out though Antifa (anti-fascism) also got attention, including from Trump himself.

Justice Ruth Bader Ginsburg, a long tenured liberal on the Supreme Court, died in September 2020. This opened up an opportunity for President Trump and the Senate Republican majority to increase the conservative side of the Supreme Court.  Amy Coney Barrett was confirmed late in October, early voting in the November elections already having begun.

The results of the 2020 presidential election suggested a desire by the American people to move past the controversies of the last four years.  Democrats retained control of the House of Representatives, and won narrowly control of the Senate.

Joe Biden, who did not run in 2016 largely because of the death of his son, won the presidency.  His message was focused on his long experience, including as President Obama’s vice president, his integrity, and a strong rejection of Donald Trump.  He won by about seven million in the popular vote, but the population was still greatly divided.  Biden won key states, including Georgia and Arizona, by small margins.

President Trump did not accept defeat, continuing to argue the election was corrupt and stolen, in part because of alleged problems with the heavy mail-in voting arising from COVID.  He lost lawsuit after lawsuit.  Trump also took part in various dubious activities to change the election result, including trying to influence officials in multiple states to alter the ballot count.

Trump also supported a major protest on the day the electoral votes were counted in January, 2021. This protest turned violent, resulting in an invasion of the U.S. Capitol, and a delay of the electoral vote count.  Trump was impeached for a second time for his part in these events, but was not convicted in the Senate.

(He was also banned from Twitter and Facebook.)
The aftermath of these events, including a special congressional investigation, and criminal prosecutions, continued long after Trump left office.  Trump also remained an important force in Republican politics, though a smaller segment of the party currently is critical of various aspects of his actions and beliefs.