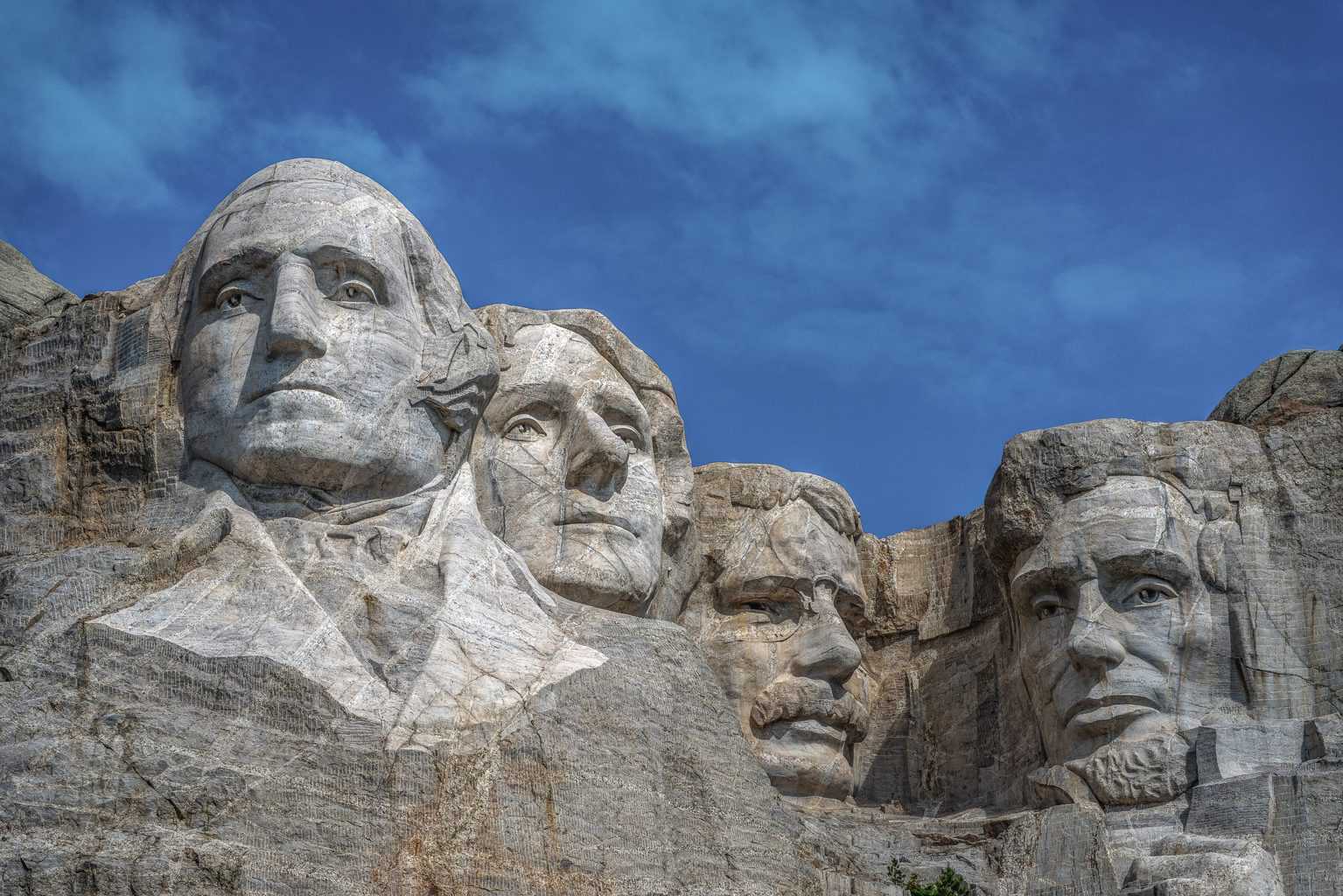 The election of Thomas Jefferson in 1800 started a period of Democratic-Republican Party control of the federal government, the Federalist Party becoming less and less of a factor.  During his term, the country greatly expanded via the Louisiana Purchase, but his administration did not settle growing problems with England.  And, major political battles involving his own vice president as well as the Supreme Court took place.

The election of 1800 turned out to be a tie in the Electoral College because there were no separate balloting of president and vice president (this was soon changed via the Twelfth Amendment).  Jefferson was chosen by the House of Representatives, enough Federalists (including Alexander Hamilton, who in general was a strong opponent of Jeferson) deciding he was the best choice over Aaron Burr.

The Judiciary Act of 1801, passed at the end of John Adams’ term, happened so late that some of the resulting judicial commissions (receipt of office) were not delivered by the end of Adams’ term.  Jefferson refused to deliver some of them, thinking them unnecessary, leading to a lawsuit (Marbury v. Madison).  The Supreme Court held that Jefferson (and Secretary of State James Madison) acted wrongly, but that the law used to seek relief was unconstitutional.  This was an important landmark declaring the  power of “judicial review,” authority of the courts to hold a law unconstitutional.

The border of the United States was at this time at the Mississippi River with Spain in control of Florida. The Americans were interested in purchasing New Orleans, an important port. The area was now controlled by France, who was thinking about an expansive American empire. But, defeat in Haiti and needing funds for war with the British led the French leader, Napoleon, to offer the whole Louisiana Territory for sale at the prime price of fifteen million dollars. This would expand the United States to the Rocky Mountains with Florida and Texas still under control of Spain.

Jefferson was concerned about the constitutional authority to obtain new territory in this fashion. Some Federalists in particular feared that this would take power away from the Northeast. There was also some debate over the need to limit slavery into the new lands.  But, Congress in the end accepted the purchase (1803) and the slavery issue was held in abeyance for the time being. Nonetheless, Congress did end the international slave trade in 1808, the earliest possible time pursuant to the Constitution. Jefferson selected Meriwether Lewis and William Clark to lead an expedition to explore and map the new territory.

Jefferson chose to have a new vice president when he ran for re-election. Aaron Burr also lost a bid to become governor of New York and killed Alexander Hamilton in a duel. Trying to reverse his bad fortunes, Burr looked West, getting involved in a cloudy scheme that led him to be charged (but not convicted) with treason. Chief Justice Marshall himself presided over the trial, resulting in additional legal precedents, including the duty of the president to provide documents to a criminal trial.

Jefferson sent the U.S. navy to protect shipping from Barbary Coast pirates on the coast of North Africa.  It was harder for the new nation to deal with the conflict between England and France, both of whom targeted U.S. shipping to the other side.  Also, British started to “impress” (seize) thousands of people from  American ships that Britain deemed still British citizens.  Jefferson declared the United States neutral and declared an embargo (blockade of shipping) on both countries.  This was a major burden on U.S. shipping interests without doing much to stop problems with the European countries.