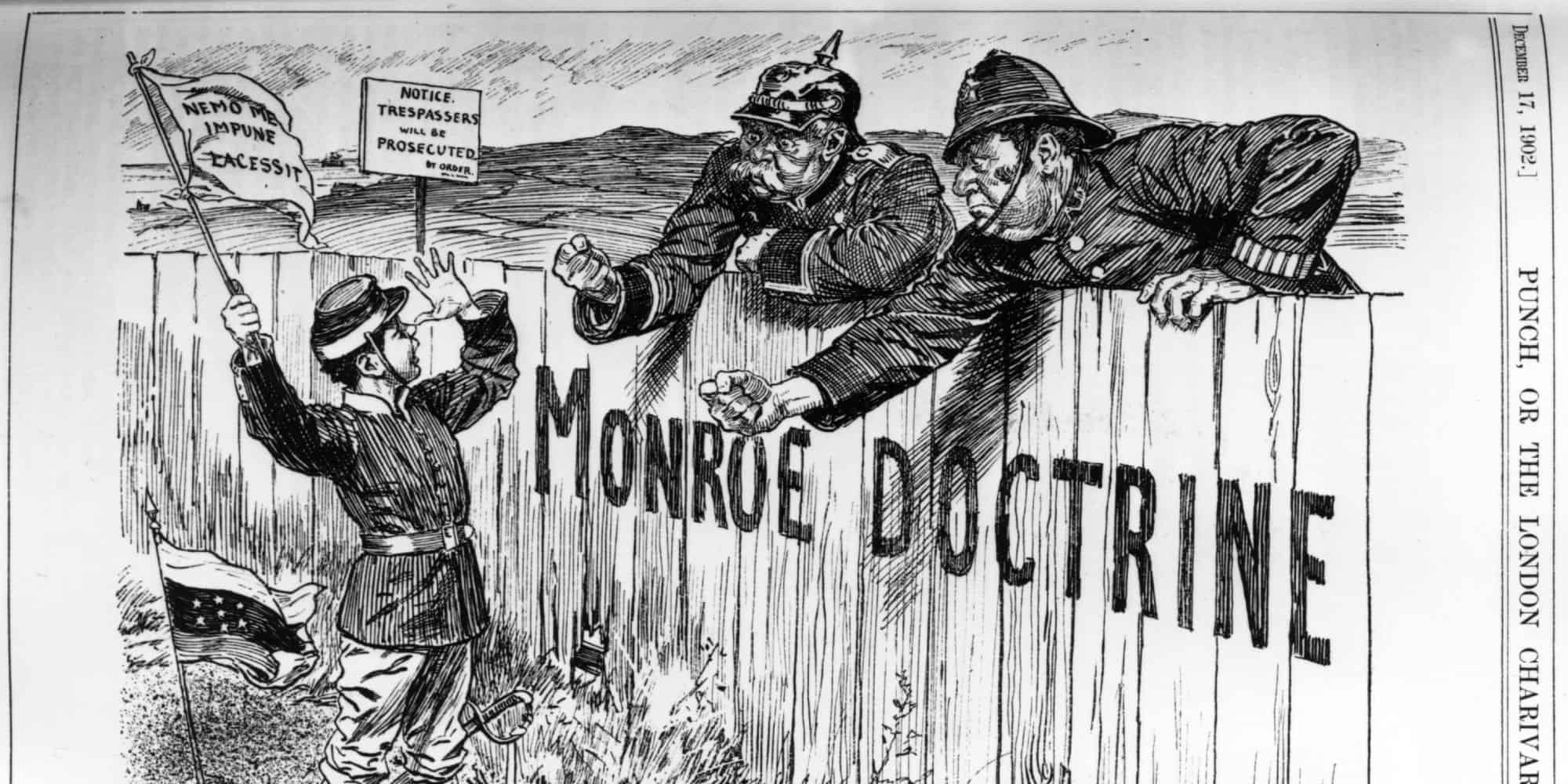 If you’re looking for a brief summary on a topic in history you’re in the right place! You can find reading passages for U.S. History and World History topics here on this site. Feel free to download a PDF copy for yourself; it includes a link for a digital copy as well.

President Washington in his Farewell Address warned the United States to avoid “entangling alliances” with foreign nations, who at that point surrounded the new nation.  As the United States started to expand and new independent nations in the Americas started to form, it warned European nations basically to avoid doing the same thing in the Western Hemisphere.  This was the Monroe Doctrine (1823).

The United States required foreign assistance to gain its independence. Once that was accomplished the young nation could not be totally isolated from the world. Trade with other nations, immigration and dealing with foreign nations on its borders all showed that engagement would be necessary.  This involved various treaties as well.

But, the small and budding nation also feared being overwhelmed by more powerful European nations and merely being a plaything in their many often violent conflicts.  Thus, multiple presidents — starting with George Washington –promoted a position of neutrality (not taking sides) and nonintervention (isolationism) into European affairs.

The purchase of the Louisiana Territory advanced this goal in the long run by taking control of a possible area of conflict.  The United States also negotiated with Spain to gain control of Florida.

And, the United States was not the only new nation in the Americas (Western Hemisphere) that gained independence.  Multiple Latin American nations, from Mexico to Brazil did as well, often looking toward the United States as a model.

Independence did not prevent the threat of European intervention in their affairs, including by the new nations being pressured financially or otherwise by stronger powers. Plus, there were also concerns about additional foreign involvement. This included Russian claims in the modern-day Pacific Northwest, arising from their control of Alaska.

Pronouncement of the Monroe Doctrine

The immediate origins of the Monroe Doctrine occurred after peace in the Napoleonic Wars.  France and other European powers looked to the Americas, including Cuba, for further opportunities.  This concerned Great Britain.  The United States also wanted to avoid such conflicts in nearby areas and there was some thought to work with Great Britain to announce opposition to additional European acquisitions in the Americas.

The ultimate “doctrine” (statement of principle) was announced in President Monroe’s address to Congress in December 1823.  It was largely written by his Secretary of State, John Quincy Adams.   After noting a peaceful negotiation with Russia regarding its claims in the Northwest, two basic principles were stated.  First, the Americas were no longer subject to European colonization efforts. Second, European powers should not intervene into the affairs of the existing nations in the Americas.

The Monroe Doctrine was the first strong official statement by the United States proclaiming a special “sphere of interest” over the Americas. It asserted that the

“rights and interests of the United States are involved [in] the American continents.”

At the time, this was largely a dream of the future, a feeling of “manifest destiny” that was only starting to come true.  The United States was just not strong enough to back up such rhetoric though Great Britain (with its large navy) provided a means to do so.

The statement of an American sphere of interest, including the implication that the United States did have some right to intervene in the affairs of other nations in the Western Hemisphere, was shown in the 1830s. Texas broke free from Mexico and later the United States fought a war with Mexico itself.  In the 1860s, the now much powerful United States denounced French involvement in Mexico.  The United States would later send troops to the Mexican border; the French eventually left the country.

The principles of the Monroe Doctrine guided United States policy in Latin America in the late 19th Century and into the 20th Century. The modern-day force of doctrine was seen when the Cuba Missile Crisis arose from Russia intervention in Cuban affairs.  Today, the United States still considers the Americas a special sphere of interest.