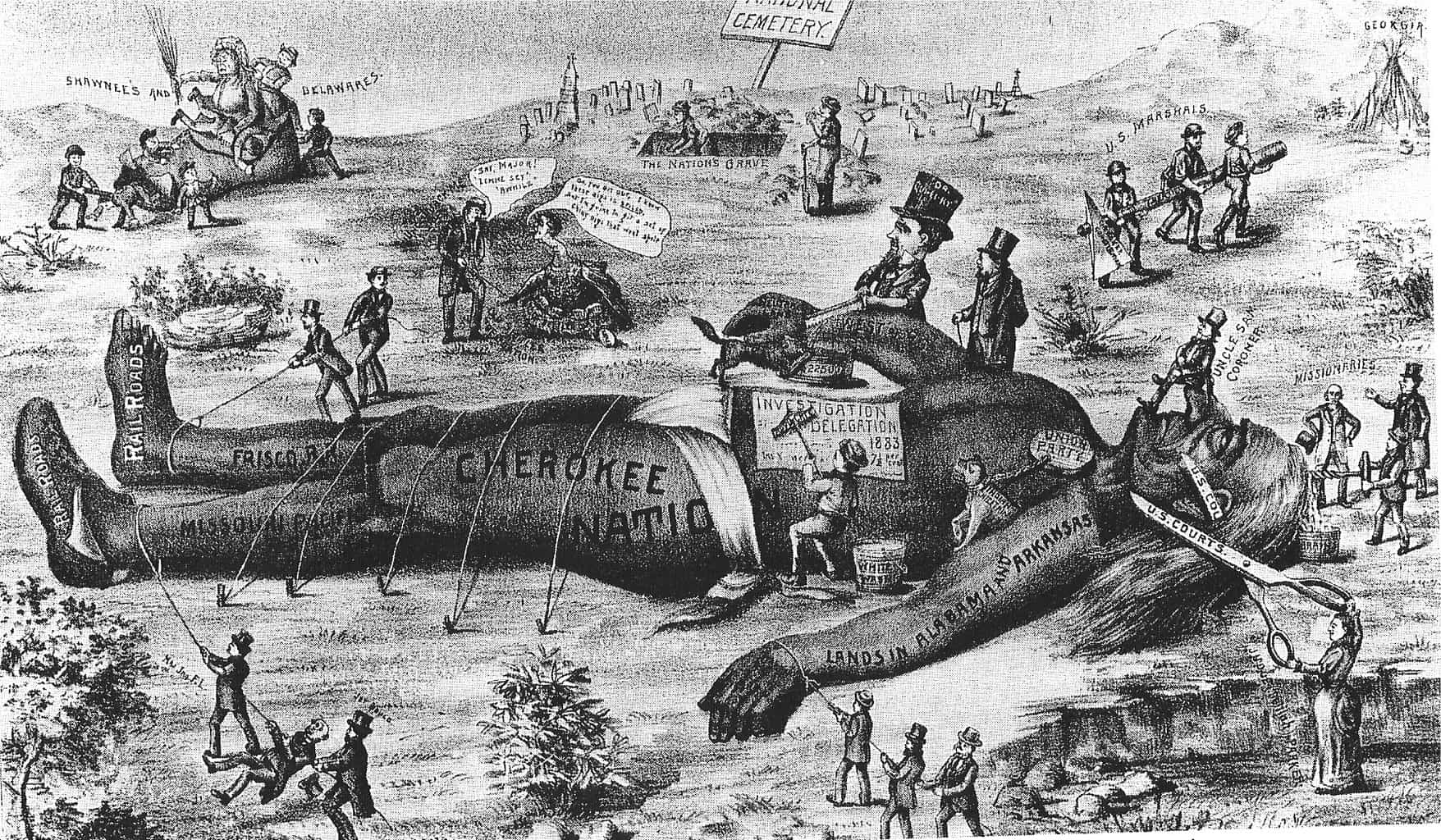 For hundreds of years, Native Americans and Europeans interacted with difficulty.  Disease, war and a range of low-level conflicts with white settlers was an ongoing problem from the days of Christopher Columbus. But, there was not one nation in control of what is now the continental U.S., and this did allow tribes some room for maneuver, not having to deal with one united strong nation.

Native Americans were a major concern to those who wrote the Constitution, it being determined to be ultimately a matter of national concern. Congress has a specific power to regulate relations with Native Americans and the states cannot interfere. The Supreme Court held that the United States has control of the land that Native Americans reside on such as tribal lands in the Louisiana Territory.  And, the nation itself has a special power to negotiate with tribes by treaty and regulations.

The Supreme Court in Worcester v. Georgia (1832) reaffirmed these principles, after Georgia arrested a missionary to the Cherokees by the name of Samuel Worcester.  There was a national policy of sending missionaries to “civilize” tribes to follow white ways, including to settle down in farming communities and to learn the Christian religion.  The Cherokees in particular tried to adapt to the growing American society by doing this. But, Georgia passed a law requiring a license for whites to settle on tribal territory.  Worcester and others were arrested for violating the law.

The Supreme Court, while noting that a tribe was not a foreign nation for purposes of U.S. constitutional law, held that the state law illegitimately interfered with a federal matter.  Georgia repealed the law and pardoned Worcester and others arrested for violating it.  This avoided a state clash with the Supreme Court.

Native Americans lived in the whole area that is now the continental United States, but by the time this decision was written, they had been defeated in battle or otherwise crowded out in the Eastern and old Northwest (Great Lakes region).  Andrew Jackson over the years was a major part of this effort, involving in many battles and treaties with Native Americans.  This led him to be particularly interested in Native American policy.

There was a sizable community of Native Americans in the then Southwest such as Georgia. And, the Louisiana Purchase opened up much more of this area to white settlement. Georgia’s restrictive law was one response of pressures from white to obtain more and more Native American lands.  This included what were called the “Five Civilized Tribes,” arising from them adapting to various white ways deemed “civilized.” These would be the Cherokee, Chickasaw, Choctaw, Creek (Muscogee), and Seminole.

President Jackson proposed to have these Native Americans voluntarily move to lands on the other side of the Mississippi (current day Oklahoma) to isolate their lands from white settlers.  The Seminoles refused, resulting in a series of wars into the 1840s.  The other tribes, though there was some dispute whether the negotiations were truly fair, did agree to move. This “Indian removal” was — in theory at least — partially intended to be in the best interests of the Native Americans.

But, not only did they lose their traditional lands, the trip itself was long and hard with not enough resources. This “Trail of Tears” led thousands of Native Americans to die along the way.  And, eventually, later in the century, whites would come to Oklahoma, too.