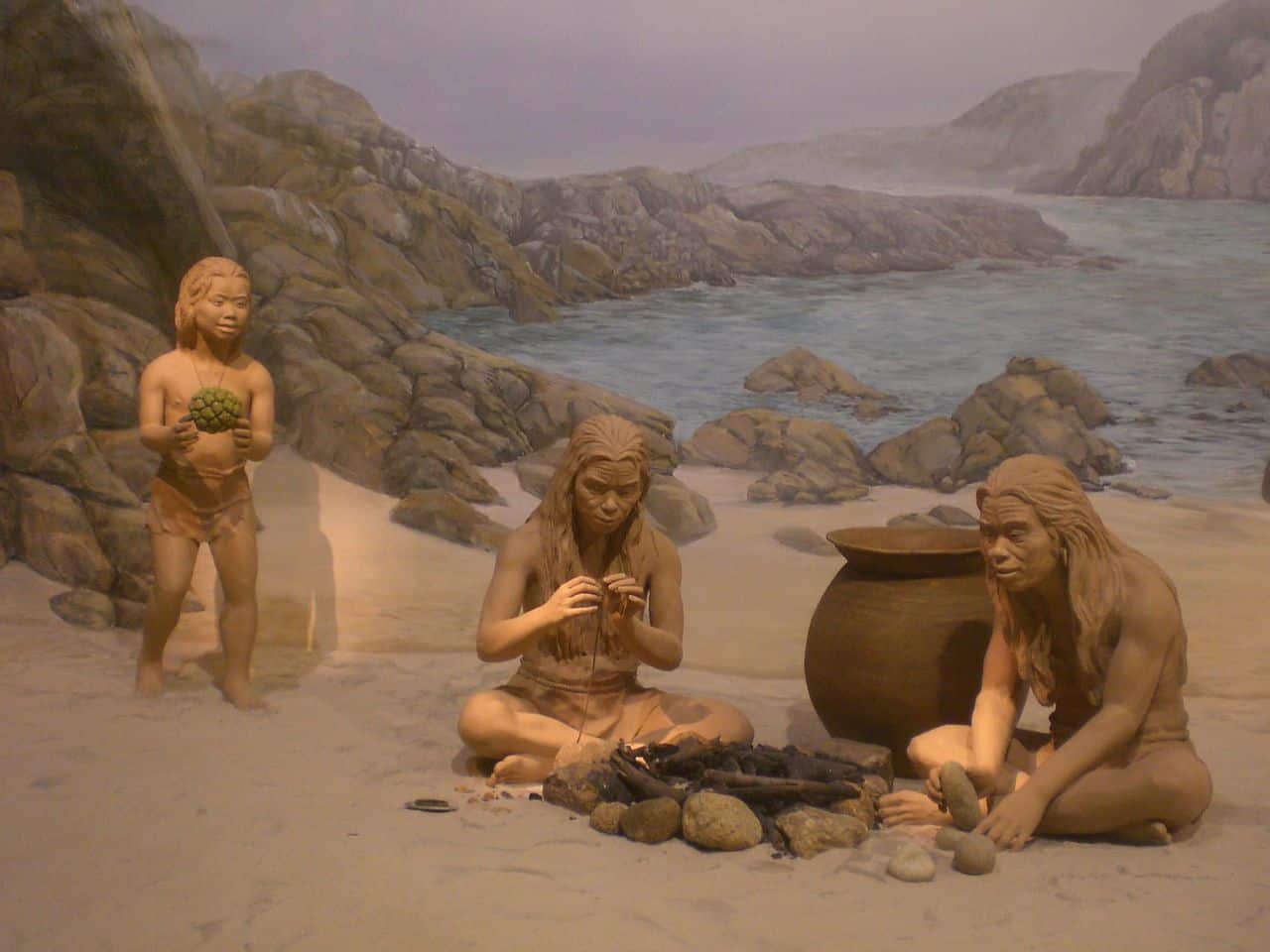 If you’re looking for a brief summary on a topic in history you’re in the right place! You can find reading passages for U.S. History and World History topics and can download a copy for yourself.

Written history, the story of us, is not the only way we can learn about the past. Various other means are available, including for the study of ancient human cultures (archeology).  Culture is a way of life, values and behaviors.  Archeologists can excavate (dig up) sites and analyze what they find, having various techniques to determine the nature of the past societies that lived there.

One means to study the distant past are fossils, which are the remains (including imprints) of plants or animals that are preserved in rocks.

Another are artifacts, which might be a weapon or a tool of a previous civilization (organized group of people).  For instance, pottery (ceramics), fired clay, are long lasting artifacts that can tell us about an ancient culture.  And, flint (type of rock) tools also are types of artifacts that remain from the distant past.

Humans evolved from primates over an extended period of time, early hominids (human-like) living over a million years ago.  This was the Paleolithic Era or “Old Stone Age.”  This name comes from the type of tools, made of stone, used by humans at the time.

Early men and women learned how to make simple tools out of stone and control fire to cook food, keep warm and provide light where there used to be merely darkness.

Simple language developed and signs of culture such as burial of the dead with artifacts left in the graves.  This led to a simple form of religion.

An early form of human similar to modern humans were Neanderthals, who lived until about thirty-thousand years ago. They were hunters and gatherers, gathering wild plants and animals for survival.  They formed into clans, small human groups based on kinship. Used simple stone tools such as for hunting.

And, some were nomads, people who moved from place to place to go where the food and resources were.  The earliest cave paintings, art drawn in caves, were by them.

A more evolved form of human was Cro-Magnon (named after where their bones were first found) man, who are more like modern-day humans and lived in what is now in France about forty thousand years ago. They are the stereotypical “caveman,” who lived in caves.  Finely crafted stone and bone tools, shell and ivory jewelry, and cave paintings in many colors all show the complexity of their culture.

The last ice age, an extended period of a drop of the Earth’s temperature, ended about fourteen thousand years ago.  This opened up the path to a great change in human development where humans shifted to an agricultural society.  This is a society that grows plants and breeds animals instead of needing to rely on hunting and gathering.  It allowed the development of large population (number of people) centers, including cities and ultimately empires.

While this occurred, hunter and gathers did continue to exist; they would in some form until the modern era.  One major community was the “Clovis” culture found in what is now Clovis, New Mexico.  But, the Neolithic Revolution or the New Stone (“Neo-lithic”) Age, revolutionized human existence.

The lower temperatures allowed certain plants (such as wheat) to thrive and smaller domesticated (not wild such as pigs from wild boars) animals to be developed.  This particularly occurred in a portion of the Middle East known as the “Fertile Crescent,” so named because of a crescent shaped area of land that was particularly suitable for crops.

And, in time early forms of writing were developed.  History had begun.

If you’re looking for some lesson ideas to do with this reading passage I created a video you can watch below.