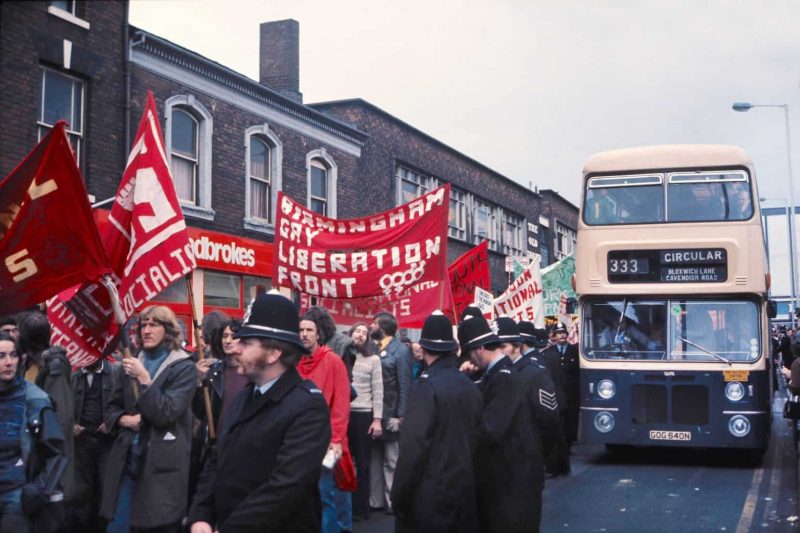 The 1960s was like the messy college years of those born in the WWII era, a time of youthful rebellion mixed with hope for the future of adulthood in the exciting changing nation.  In some ways, the “1960s” continued into the new decade while  new growing pains of adulthood, including economic concerns, also arose.

Abigail Adams, John Adams’ wife, told him in 1776 to “remember the ladies” as he was working on forming a new government.  He responded in an amused way, leading Abigail to reply that “cannot say that I think you very generous to the ladies.” Women in the U.S. ever since then have sought to be treated fairly and as equal citizens. This included protests, including marching in the streets.

The 1960s and 1970s was a time of great advancements here, including national protections for equal pay and education programs. Title IX of the Education Act is an example:

“No person in the United States shall, on the basis of sex, be excluded from participation in, be denied the benefits of, or be subjected to discrimination under any education program or activity receiving Federal financial assistance.“

What this meant in practical terms was that schools were forced to allocate a fair portion of their budget to girls’ sports, not just give boys opportunities.  An amendment to the Constitution, the Equal Rights Amendment (ERA), was proposed to stop sex discrimination. There were also important court rulings, including the right to use contraceptives (Griswold v. Connecticut) and choice over abortion (Roe v. Wade).  But, there was also opposition to change; the ERA was never ratified.

The 1960s and early 1970s is best remembered for the Vietnam War, which ended with the North Vietnamese winning.  President Nixon also “opened” Communist China, negotiating with them to soften U.S.-Chinese relations.  He also negotiated with the Soviet Union, particularly what is known as the Strategic Arms Limitation Talks (SALT) to limit missiles capable of carrying nuclear weapons.

A new set of SALT talks were also held by President Carter (1977-1981).  Carter is particularly remembered for his role in obtaining a historical agreement between Egypt and Israel (Camp David Accords).  Carter also had to deal with great changes in Iran, an Iranian Revolution occurring in 1979 that included the seizure of fifty two American hostages.  An attempt to rescue the hostages failed and they were only released when Ronald Reagan became president in 1981.

President Nixon’s vice president, Spiro Agnew, was caught committing financial crimes.  Agnew avoided prison time, but as part of the plea deal, he agreed to resign.  The 25th Amendment was recently passed and allowed Nixon to nominate a replacement (Gerald Ford), who Congress then confirmed.  So, when Nixon himself resigned in 1975 because of his involvement in the Watergate scandal, Ford became president.  And, he did so without actually being elected by the nation.

President Ford decided it was best to pardon Nixon of all possible crimes to help move the country forward. This was unpopular and helped his narrow defeat to Jimmy Carter in the 1976 elections.  The Ford presidency turned out to be a type of bridge over from the early 1970s and Nixon years to the future.

Ford also had to deal with economic problems, including inflation.  An energy crisis, in part caused by problems in the Middle East that limited the supply of oil, worsened the situation throughout the decade.  Economic problems would continue, so bad that there was both inflation and unemployment (stagflation).

A basic way to get the feel of someone’s tastes and style is the sort of music they like. The post-WWII decades are remembered particularly for their music, some singers and bands still playing today.  Music then and now is a means of protest and to express the feelings of the times.  A particular musical form that was popular in the 1970s was disco, a type of dance music that popped up in such films as Saturday Night Fever.  Donna Summer was known as the “Queen of Disco.”