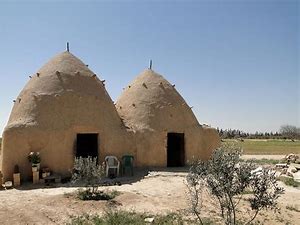 Do you want a whole week of done-for-you lessons? These interactive and differentiated lessons include both print-friendly and Google versions. They’re great for English language learners and students with special needs because they are self-paced and include reteaching slides. Just click the button below to check it out.

“Mesopotamia” means the “land between two rivers.”  It was the land between the Tigris and Euphrates rivers in the Middle East, primarily covering modern day Iraq. The geography of the area created what is is known as the “cradle of civilization” because the first world cities and empires  formed there.  And, history itself was documented with the written word.

Mesopotamia was a location of the Neolithic Revolution, involving the transformation of a hunter and gathering society to a settled agricultural one.  The fertile crescent, a crescent-shaped area of land provided the means.

As people took advantage of the growing output of farms, including by use of irrigation, the size of communities grew.  A form of writing using wedges to form marks on tablets, cuneiform, also helped the growth of societies, including government.

And, the development of bronze technology (“Bronze Age”) also arose in this time period.

The first major civilization in Mesopotamia was established by the Sumerians in about 5000 BCE.  They organized themselves into city-states, where separate cities and surrounding farmland were separate units of government.

Their successors [Akkadians] stayed with the city-state model but were united under one ruler.  The adventures of the famous King Gilgamesh is one of the earliest surviving works of literature.

Sumerians invented the first forms of writing.  They used wheels and mathematics.   Sumerians were polytheists, believing in many gods.   One thing they are known for are large religious buildings called ziggurats such as the “Tower of Babel” found in the Bible.

In time, Sumerians were replaced by the Akkadians with King Sargon I (2330 BCE) forming the first world empire.  The Sumerians did regain power for a short time.  Afterwards, the city-state state system declined but Sumerian civilization greatly influenced those who came later.

In about 1900 BCE, people from Northern Mesopotamia known for their warriors rose in power (Assyrians).  Afterwards, the Babylonians (Babylon is a city in modern day Iraq) grew in power.  The Babylonian King Hammurabi is known for one of the earliest law codes (system) in history, the Hammurabi Code.

The Assyrians and Babylonians would compete for control of Mesopotamia and surrounding areas  for over a thousand years.

Among those challenged or defeated by these powers were Israel and Phoenicia, a sea-faring peoples that resided in the eastern Mediterranean and is particularly known for inventing a written alphabet.  Other powers such as the Hittites (centered around modern-day Syria and Turkey) also ruled during this time.

Clay tablets remaining from Assyrian rule tell us much that we know about the time period.  The city of Nineveh (cited in the Jonah and the whale biblical account) was Assyrian and known for its great library.

Nebuchadnezzar II (reign started 604 BCE) was a famous Babylonian king, ruling the empire at its peak.  Babylon was also known for its great hanging gardens, an ancient wonder of the world.

In 550 BCE, Cyrus the Great started his rise to power, creating a great Persian (modern day Iran) empire.  Among his victories was the defeat of the Babylonians.

Cyrus allowed local people, including the Israelites, to practice their own religion.  The Persians themselves practiced Zoroastrianism, a monotheistic (belief in one god) religion focused on the struggle between good and evil.

Darius I became king of Persia in 522 BCE and divided the empire into government districts, each run by a governor or “satrap.”  He later attacked the Greeks, but was defeated at the Battle of Marathon.  The word “marathon” arose from the race to report the victory back to Athens. Later on, Alexander the Great conquered the Persian Empire (330 BCE). The Greeks (the Seleucid Dynasty) ruled the area after his death and later was defeated by the Parthian Empire (Iran).

By this time, the traditional Mesopotamian cities and culture had largely died out.