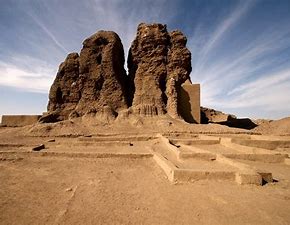 The continent of Africa has a diverse range of communities, each with their own history.  In medieval times, three major kingdoms in West Africa did stand out.

The Ghana Empire was formed around the beginning of the fourth century when the tribes of the Soninke peoples united under their first king, Dinga Cisse. “Ghana” translates as “warrior king” in the Soninke language.

It was located in Western Africa, south of the Sahara Desert (a source of salt mines, a major trade good) and was mostly savanna grasslands. The area had various rivers that provided means of transportation and trade, helping the development of a thriving society.  It is estimated, for example, twenty thousand people lived in and around the capital city alone.

The Ghana Empire had a feudal system where local rulers paid tribute to the lead king, but was provided local discretion. Major sources of wealth were gold and iron mining. Iron was used for tools and weapons while gold was for trade for needed items like livestock, tools, and cloth. The Ghana Empire traded with Muslims in North Africa and the Middle East, camels used to transport goods across the Sahara Desert.  In time, the empire itself became Muslim.

The Mali Empire was formed in the thirteenth century when Sundiata Keita united the Malinke people, who then over time took over surrounding kingdoms, including the Ghana Empire. The empire was located in Western Africa with the Sahara Desert on its northern border. The capital city was Niani.

The emperor was known as “the Mansa.” Islam played an important role in culture and government. Mansa Musa, a Mali leader famous for his wealth, became famous for his lavish pilgrimage to Mecca, the Muslim holy city. But, other religions were allowed.  Gold and salt were major sources of wealth for the empire.

After the reign of Mansa Musa, the empire began to decline in the mid-fourteenth century, including the rise of the Songhai Empire.  The end came in 1670 with the attack of its capital by foreign forces.

Sunni Ali, of the Songhai, in 1464, seized control of the city of Gao in the Mali Empire.  This would be the capital of the Songhai Empire, which soon also included  nearby regions including the important trading cities of Timbuktu (a major cultural region as well) and Djenne.  The slave trade, including with Europeans for use in the Americas, and gold was also a major trade good.

In 1493, Askia Muhammad became the leader of the Songhai. He brought the Songhai Empire to its height of power and founded the Askia Dynasty.  Islam was the official religion though local beliefs also played a part in day to day life.

The empire struggled with internal conflict and civil war in the mid-1500s and collapsed at the end of the century after Moroccan invasion.

WANT A WORD PUZZLE THAT ALIGNS WITH THIS READING PASSAGE? CLICK HERE!

Continue Reading
link to The Worst U.S. Presidents for the Economy: A Look at the Damage Caused

There have been 46 U.S. presidencies to date (2023), and it can be difficult to determine which one was the worst for the economy. However, there are a few contenders that stand out as having had a...