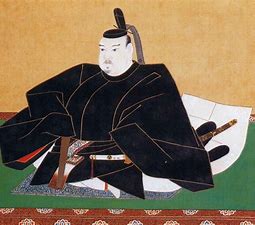 A medieval feudalism period arose in Japanese history at the end of the 12th Century with the development of the “shogunate” or military leaders. Later, imperial control returned in some form and the path to modern Japan arrived.

Japan developed an imperial system led by an emperor.  A power dispute arose in the late 12th Century and the forces of Minamoto no Yoritomo won in the end.  He established himself as military leader of Japan, distributing land to allies in return for their military support. The emperor recognized him as “shogun” (military protector) and in effect shoguns began to have the true power in Japan.

As in Western Europe, Japanese feudalism involved the exchange of land for military service and loyalty.  In both cases, peasants worked the land to provide food for the community.  Society was class based, with roles passed down from parent to child.  There was no one united central government was in place.

Shoguns were military leaders that controlled local areas of power.  A feudal lord was called a “daimyo” and commanded an army of samurai or professional warriors. Samurai did not have land like knights of Europe. Samurai had a strict code of conduct (bushido). Sometimes, ritual suicide (seppuku) was deemed necessary. Meanwhile, ninjas were mercenaries, specializing in espionage and assassination.

Tokugawa Ieyasu was named military leader (shogun) by the Japanese emperor in 1603 and established his government in Tokyo (then known as Edo).  This led to an extended period of control by Tokugawa shoguns (“Tokugawa era”), which is often labeled the “Edo Period” for the location of their capital city. The traditional religion of Japan was Shinto, but Confucianism grew in importance, stressing not only morality but the importance of hierarchical order in government and society.

There were periods when leaders of Japan closed the island nation from the rest of the world, including banning international travel and banning foreign literature.  This parochialism started to be pulled back in the 18th Century including with the introduction of new teachings from China and Europe.

Westernization, adapting to the ways of Europe and the United States, began to be popular.  This was particularly so when the industrial and military might of such nations was observed.  In the 1850s, Commodore Matthew Perry (United States) sailed to Japan and used signs of such military power to start “opening” Japan to more trade with other nations (Kanagawa Treaty).

Japan believed they negotiated such treaties with the United States, Great Britain and Russia under duress, forcing them to agree to what was seen as “unequal” treaties with unfair requirements.  This caused national unrest and along with other problems led to the end of the Tokugawa era and the start of modern Japan.

The shogun system was ended, and the imperial system was restored, now under Emperor Meiji. This “Meiji Restoration” led to a big push to bring in Western ways, culturally (such as hairstyles), governmentally (new Western-style constitution) and industrially (building of railroads, and telegraph lines).

It also led to a build-up of the military, which showed its might in various signs of Japanese imperialist clashes with China, Korea, and Russia.  Japan sided with Britain (Allies) in World War I, but their imperialistic aims and shift to a more militaristic nationalistic style would lead to a different strategic alliance in the years to come.

IF YOU WANT A WORD PUZZLE THAT ALIGNS WITH THIS PASSAGE CLICK HERE.