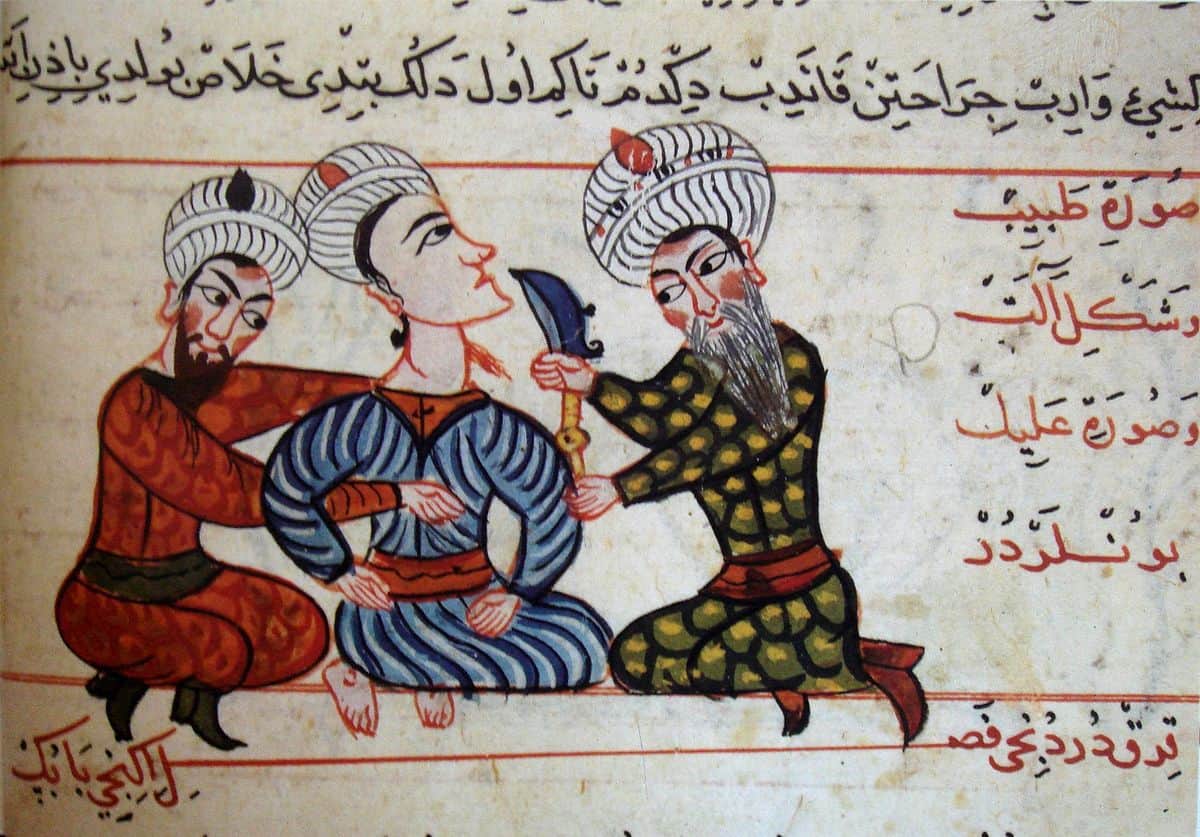 Muhammed, a merchant in Saudi Arabia, founded Islam in the early seventh century.  A person from the Arabian Peninsula is known as an “Arab” and speaks the Arabic language.  After Muhammed received the revelations that began Islam, at first there was strong opposition. His followers fled from his birthplace, Mecca (later the religion’s holy city), known as the “Hijrah” and marks the beginning of the Islamic calendar.  But, Muhammed was able to return and gain control of Mecca.  Muslims believe a pilgrimage to Mecca at least once is of great importance.

“Islam” arises from an Arabic word meaning “submission” to Allah (Arabic for God). It is believed to grow out of revelations Muhammed received, so he is seen as the great prophet of the faith.  Their holy book is the Quran (or Koran) and the “five pillars” are the basic rules of Muslim (“submission”) faith. A mosque is a holy place of worship, akin to a church or synagogue.  A minaret is a tall and thin tower used to call Muslims to prayer, a pillar of faith being praying five times a day.

The “right path” or right conduct is the basis of Sharia law, Islamic religious law.  Growth of the faith also led to divisions. A basic debate arose over who would be the successor (caliph) of Muhammed. Sunni Muslims are the largest denomination (group) and their choice became leader of the Muslims. Shia Muslims believe a special divinely chosen set of leaders (iman) were chosen to be Muhammed’s successors.  Sufism also arose and is a mystical form of Islam that tries to create a special connect to God,

The successors of Muhammed soon led an empire that spread throughout the Middle East, the Caliphate (Muslim controlled areas) soon expanding to Iraq, Egypt and North Africa.  Muslims gained control of Spain but their expansion into Western Europe was ultimately stopped at the Battle of Tours (732) in France.  Their empire over time controlled parts of the Balkans, sub-Saharan Africa and India.  Islam was practiced in three continents and later spread to America.

The “golden age” of Islam took place during the Abbasid Caliphate (750-1517), including advancements in culture and science. The mathematical discipline of algebra grew in this time as did the rediscovery of ancient Greek philosophy and other writings.  Trade of such goods as sugar, salt, textiles, spices, slaves, gold, and horses led to the growth of trade routes to Europe, Africa and China.

The Islamic Empire continually had military conflicts with European powers, including the Ottoman Empire ultimately defeating the Byzantine Empire in 1453.  This includes multiple “crusades” by European powers to obtain control of Jerusalem, the holy city of Christians.  Europeans gained short-term control, but ultimately the great military leader Saladin defeated the Christian army in 1192.

Afterwards, the Ottomans (based in Turkey) took control of the empire and the Ottoman Empire remained in power until World War I.

I'm always looking for different ways to review content in my history class. After completing a unit, such as the Golden Age of Islam, a puzzle is always a fun method to assess student knowledge of...