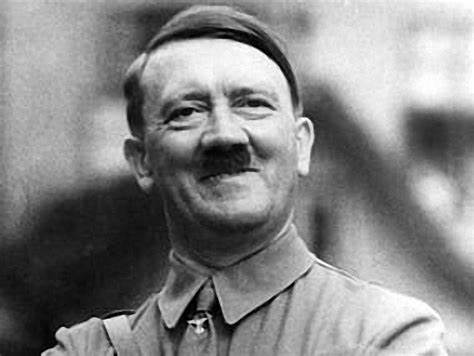 January of 2020 marked the 75th anniversary of end of the Holocaust.  As almost everyone knows, the Holocaust involved Adolf Hitler masterminding the systematic murder of  more than six million people.  To some, it will be simply offensive to question if Hitler was evil.  If you delve deeper — as most things in life — everything is not so black and white.

A logical jury would hand down an unanimous verdict of “Guilty!” for a trial of Hitler being accused of evil. Unfortunately, based on the evidence against him many, many others also must stand trial for the same offense.

On April 20, 1889, a child was born in Austria.  He had issues with his father and was an all around “meh” kinda guy. He did show some skills during military service in World World I. Adolf Hitler received the Iron Cross twice for bravery, suggesting his pro-German sentiments were backed up by actions.

After the war, Hitler found his niche in politics.  He developed a special skill in oratory, including being able to appeal to the passions of the people.

Hitler moved toward a nationalistic party that years later would rule the country with him as its leader — the Nazis.

Various things would happen first, including him being imprisoned for a rather short period of time after taking part in a failed coup.

The Nazi party was part of a series of nationalistic political parties world-wide at the time — including Italy, Spain, and Japan — that also were authoritarian.  Many people felt very strong emotional ties to their national culture and accepted leaders who reinforced these ideas with a religious intensity.

These men appeared to bring a national greatness post World War I. This was particularly important to Germans, the losers of World War I.

The leadership were promoted as heroic symbols of their nation.  In various cases, the actual human beings left a lot to be desired.  The leaders, including Hitler, were able to incite admiration and respect on a grand scale.

The Need for a Scapegoat

There was a dark side.  One common thread in these nations is finding some sort of scapegoat.  A “scapegoat” in biblical history was an actual goat that symbolically was killed to release the sins of the people.

The Great Depression was raging worldwide. People were unemployed, hungry and desperate. It had to be somebody’s fault. Pointing a finger allows for a place to direct anger. One group that was targeted as a cause for the misery of so many were the Jews.  The result in the end was mass murder.

However, Hitler could not and did act alone. If he is evil does that make every Nazi soldier evil as well?

Hitler did not himself invent the idea that Jews were to blame.  It was the result of centuries of history that goes back to ancient times.  But, Hitler did lead Germany in focusing on the hatred of Jews was taken to a truly extreme level.

The Holocaust is basically what people think of when they consider Hitler as clearly evil.  We can consider a range of other wrongs involved during his reign as leader — or Fuhrer — of Germany, including various actions during a war of aggression ultimately known as World War II.

Hitler did not focus only on exterminating the Jews. He enforced slave labor of the countries invaded so Germany could create a new “Third Reich” (empire).

And, then even when the cause was clearly lost, Hitler refused to surrender. Many more sufferred before he ultimately committed suicide when the Russians were basically in shooting distance from his bunker.

It seems to many a final act of evil, needless harm to the German people he claimed to love, when all was lost.

This brief history is intended to provide a window on the man and his times, helping us answer the ultimate question: was Hitler evil?

First, we need to clarify what “evil” means.  I find that basic words sometimes bring forth a lot of confusion.  The nature of evil surely is not crystal clear.  It has been the subject of religious and philosophical thought since early times.

The Book of Genesis itself has the first two people living in Eden where in “the garden were the tree of life and the tree of the knowledge of good and evil.”  The rest is history.

This bothers some people.  “Sin” has a feel of a religious, godly nature, and not everyone is a believer.  I have found some who reject the basic concept of “evil,” thus Hitler could not be evil if it does not exist.

The other adjectives have a more secular (nonreligious) feel — “wicked” or “reprehensible”.  “Impulse” suggests someone might be evil by their very nature, such as someone possessed by a demon or mentally unstable.  “Evil” can be a state of existence, not only an intentional act.

The next definition continues this sense that “evil” can be almost an independent force, not just someone choosing to do horrible things: “arising from actual or imputed bad character or conduct of a person of evil reputation.”  The nature or character of a person can arise from various things, including what might be called a form of brainwashing.

Another definition: “causing harm: pernicious the evil institution of slavery.”  Again, the slavery example suggests it is not just merely bad, but something really bad.

Ultimately, “evil” is for many — like one judge said was a basic test to determine if something was obscene — you know it when you see it.  This for human beings often involves an emotional reaction,  evil “causing discomfort or repulsion.”

Does Hitler Fit the Definition of Evil?

Some resist the idea that “evil” exists, but I find that a dubious reaction.  Evil is a human term, one that means various things.  It has an existence.  It need not be used in a religious sense.

Some point out that Hitler and Nazi Germany did the same things as other nations.  The United States had slavery.  Other European nations did horrible things, including murder, arpe and torture in Africa.

So, if Hitler is evil, so too are all the Americans and Europeans. War, as Sherman said, “it is hell.”

But, it is not too complicated to say slavery is evil and those other things are evil.  There would only be a debate over how evil Hitler and Nazi Germany was.

Counting beans is not our concern.  And, if one wanted to do so, even the horrors of American slavery didn’t include the systematic murder of millions of men, women, and children.  Which is but one thing Hitler’s Germany did.

Was He “Just Crazy”?

Hitler, at least at the end of his life, in various ways appeared to be mentally unstable.  Hitler was never formally diagnosed with any mental illnesses during his lifetime. Nonetheless, he has often been associated with mental disorders such as bipolar disorder, schizophrenia, and psychopathy.  Various drugs aggravated this.

A prime example would be while watching the film Downfall, which deals with Hitler’s final days. He refuses to accept that all was lost.  He lashes out not only in anger, but akin to a person who screams that “they” are out to get them, and why won’t anyone listen and do anything?!  Moments of awareness were mixed with simple delusion.

But, it is unclear just how “crazy” or mentally unstable Hitler truly was.  Likewise, he probably had significant control, including deliberately using things like  delusions of grandeur, belief in a messianic mission in order to stir up the Germans.  If he had unstable impulses it seems he used them knowingly to his advantage.

The whole country might be said to have been in some form of shock or hysteria.  Our definitions of evil, however, allow for this.

People are motivated and driven by many things.  And, like a horror movie villain, “evil” need not even be done by the acts of the self-aware.  But, Hitler and the Germans were quite aware.

Some note that Adolf Hitler was a true believer, who acted in the way he deemed necessary for the good of Germany.  We sometimes hear talk of “necessary evils,” bad things that in the long run are necessary such as certain uses of deadly force.

Wouldn’t a mother kill to protect her child? Is she evil in doing so? Most would say no, even though the actions are still on some level “evil.”

And, there are still some limitations required.  For instance, we have certain wrongs not even allowed during war.  Here the balancing fails. Promotion of a greater Germany did not somehow justify an aggressive war on Europe, slave labor, and the Holocaust.

At best, true intentions make things clearer.  Hitler in more lucid moments near the end of the war knew all was lost.  He thought not giving up would purify the German people:

“If the war is lost,” Hitler told his Minister of Armaments, Albert Speer, “the nation will also perish. This fate is inevitable. There is no necessity to take into consideration the basis which the people will need to continue even a most primitive existence. On the contrary, it will be better to destroy these things ourselves, because this nation will have proved to be the weaker one and the future will belong solely to the stronger eastern nation. Besides, those who will remain after the battle are only the inferior ones, for the good ones have all been killed.”

There might be some twisted sort of logic to that, but it is still a truly horrible infliction of harm on lots of people.  It is an act of evil.

Good intentions might in some fashion lessen a serious wrong, but the wrong still remains.  Ditto evil.   You can argue that Hitler was in fact evil, OR well-intentioned and deeply loved Germany, OR mentally unbalanced. We can only hope that, should another come to power like him, we will remember what happened. And respond differently.