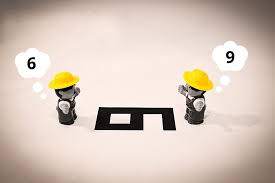 Perhaps you’ve heard that there are three sides to every story: yours, his and the truth that lies somewhere in the middle. Our job as history teachers should be to expose students to opposing perspectives and let them formulate a balanced conclusion based upon the evidence that they analyze.

Exposing students to various perspectives for any given event in history is both good pedagogy and more stimulating for the students. Even seemingly uncontroversial topics can be studied through a different lens. Adding a few techniques and resources to your teaching toolkit will infuse point-of-view into your curriculum.

Following are some examples of controversial perspectives for your United States History curriculum. Some are common and others a bit more controversial.

World history is FULL of controversy and perspectives. Some of them can be rather provocative. Here are a few to get you rolling:

A simple quote can also get students thinking, refuting and making conclusions. See if any of these work for you and your students:

“And inasmuch as they cannot so live, while they do remain together there must be the position of superior and inferior, and I as much as any other man am in favor of having the superior position assigned to the white race.” – President Abraham Lincoln

“Direct thought is not an attribute of femininity. In this, woman is now centuries behind man.” Thomas Edison

“I agree with you if you mean, as I suppose you do, that society has no business to permit degenerates to reproduce their kind. It is really extraordinary that our people refuse to apply to human beings such elementary knowledge as every successful farmer is obliged to apply to his own stock breeding. Any group of farmers who permitted their best stock not to breed, and let all the increase come from the worst stock, would be treated as fit inmates for an asylum.” – President Theodore Roosevelt on eugenics

“In the meantime, since the other person is so near you might study her and see what she does for your husband that you might not be doing. Do you spend too much time with the children and the house and not pay attention to him? Are you careful with your grooming? Do you nag?” — Dr. Martin Luther King’s advice for a woman whose husband was cheating

“Never think that war, no matter how necessary, nor how justified, is not a crime.” — Ernest Hemingway, 1946

“[I] like the American soldier individually but do not like the nation as a whole. America entered the war for what money she could get out of it.” -—Frau Frieda Fischer of Lohndorf, Germany, 1919

Do they think that I am such a damned fool as to think myself fit for President of the United States? No, sir; I know what I am fit for. I can command a body of men in a rough way, but I am not fit to be President. — President Andrew Jackson

“If there is a country that has committed unspeakable atrocities in the world, it is the United States of America. They don’t care for human beings.” — Nelson Mandela

How do you use these in your lesson planning? There are several tried and true methods:

A good book to read and use as a resource, if you’re teaching American History, is Howard Zinn’s A People’s History of the United States. You can check here for the current price on Amazon. It is written from the perspective “common man” and gives great food-for-thought.

Controversy sells. If you can incite students to have strong opinions they will engage and learn. Not only will they learn the subject content but will improve their research, verbal and writing skills. Taking a stand on a topic encourages students to make connections and question “facts”. These are invaluable skills to impart.

Looking at history through the lens of a contrarian is fun; try it!

From folders to lesson plans to laptops to stickers and lollipops -- did I mention lunch -- teachers require a durable bag to keep all of their supplies for school in one convenient place. If you...

Continue Reading
link to How to Write a Teachers Pay Teachers Description that Sells! (TpT U Lesson 5)

Hi and welcome back! This is Lesson 5 of my Tpt Sellers University Series. These articles walk you through starting a Teachers Pay Teachers store step-by-step. So far we've covered whther or not...