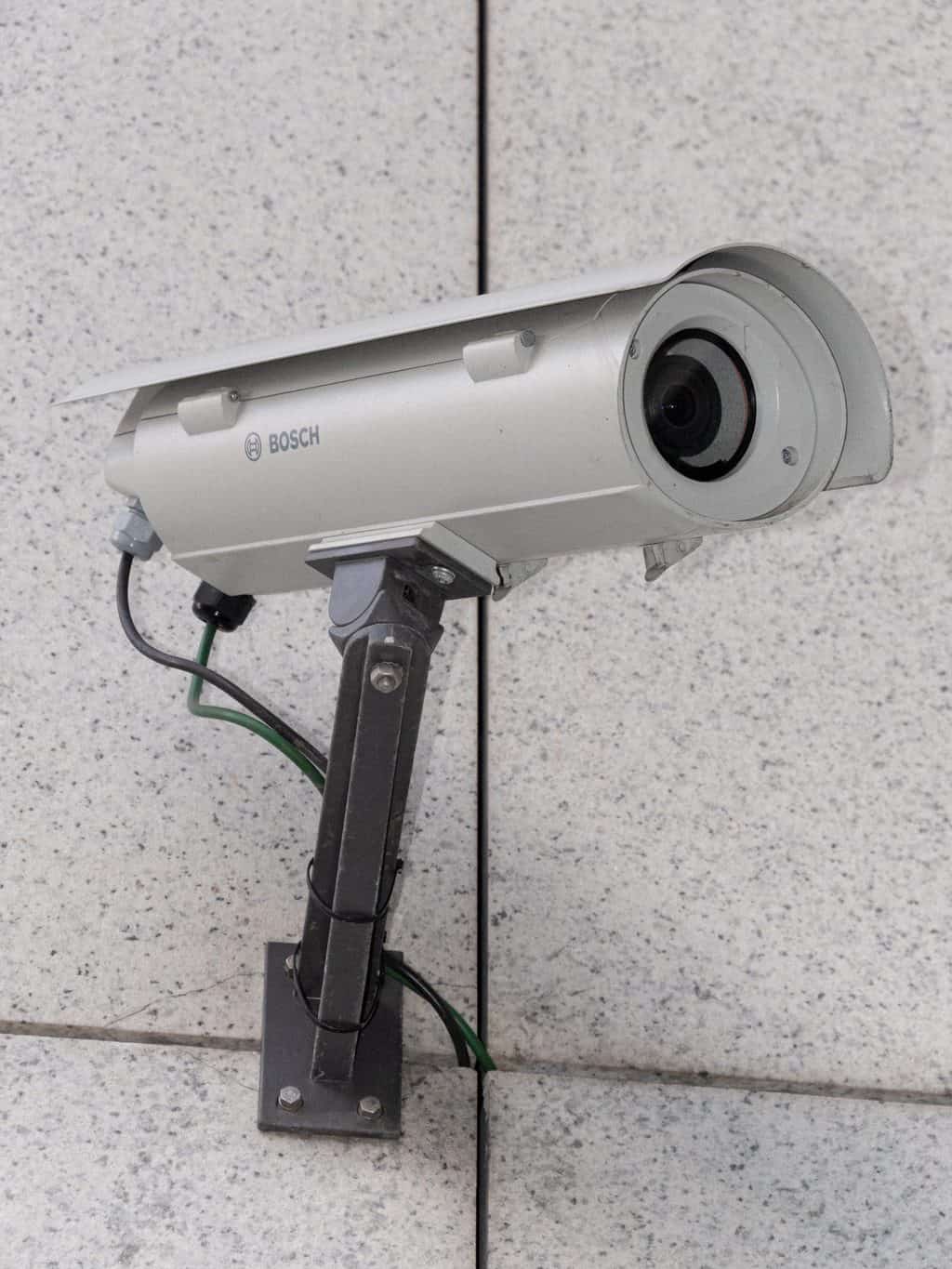 Cameras are used to keep track of many things. We use them for personal surveillance as well as to keep track of public places. Some argue we should use cameras in the classroom. Supporters promote interests of transparency and oversight. Opponents argue it is an offensive violation of privacy with costly counterproductive consequences.

Each weekend, I check to see if there is an interesting history lecture on C-SPAN.  College classrooms throughout the country are filmed to provide a general audience the chance to see and listen to a history lecture given to college students.

There is some growing demand that cameras should be in classrooms in lower grades, particularly high schools.  These cameras would not exactly be in place for the intellectual amusement and advancement of the viewers.  Some very well might find watching these classes of academic interest.  The reasons, however, are somewhat different.   As is the opposition.

Cameras already are familiar presences in schools.  Their presence in “public areas” such as hallways, cafeterias, and parking lots are no longer novel.   Some areas also have limited camera use in classrooms, such as for special needs students.  Our focus here will be a more general usage of cameras in everyday classrooms.  This step is much more controversial.

Arguments FOR Cameras in the Classroom

One sponsor of a bill to put cameras in the classroom states that its primary purpose is to “increase the involvement of parents in their children’s education.”

On a basic level, it is not surprising that parents wish to have a say over their children’s education.  School takes up a chunk of the lives of children.

Teachers serve a role “in loco parentis” (in place of parents) for around half a child’s day.   Maybe more.  School-related choices, including sending a child to private or parochial school, are important matters of parental decision-making.

Cameras in the classroom would provide parents with a range of information about their child’s education.  It would not only provide them a sense of what is being taught but how, including if the teacher is doing a good job.

Also, perhaps, the child is being mistreated in some fashion.

Checking up on children now and then is generally a good idea.  Individual parents might only check occasionally, but that still would be a useful tool.

Certain people or groups can have the duty to spend more time keeping track.

And, which is important, the availability to check-in (like a home cam that allows you to check a young child at home) is simply reassuring.  The option of having information can help temper down the controversy.  Cameras could be a simple means to address troublesome opposition.

The panel of political, faith and civic leaders answered audience questions and offered detailed advice on how to ferret out — and eradicate — the academic concept in the public school curriculum, policy and training.

They called for cameras in classrooms, organizing school attendance “strikes,” speaking up at school board meetings, using social media, supporting school choice options, and obtaining and reviewing all school curricula.

The current dispute over teaching “critical race theory” is just the latest in a long line of passionate ideological disputes over what to teach.

People want to know what children are learning and have some say over curriculum matters.  Also, are children generally getting a good education?  Are their needs being met?  What exactly is happening?  COVID also raised other concerns, including masks.

Cameras are one method that provides parents and a range of others a means to look into the “box” and see what is happening.  If “wrongdoing” (however that might be defined) occurs, the cameras provide evidence and a means to press for change.

One supporter argued teachers should approve since it provides a means to show they are doing a good job.   Overall, people believe cameras will improve “teaching the kids properly.”

Cameras can help teacher training, including addressing specific teachers in need of assistance.  It can confirm teacher competency.

And, if done in a fair way with teacher input, an article written by the National Education Association suggested they might be helpful.

This also shows that cameras in the classroom need not be a “24/7” thing.   They can be used on a limited basis.  Cameras can be turned on for training or spot checks can be made.

Security cameras are a familiar presence in the modern world, including in various areas in schools.  Supporters of cameras in the classroom also believe they will improve security.

The legislator who argued cameras in the classroom would help (or pressure)  teachers do their jobs better was somewhat off message.

The stated goal of the Florida bill at issue was to address bullying or fighting in classrooms.   Cameras can also address other safety issues.

There is some research that challenges the value of cameras and security measures generally (“School Security Measures and Their Impact on Students”).  One problem is that the bad stuff just happens “off camera.”   But, cameras can still have some value here, if used wisely.

Summary: A basic concern here is transparency, but ideological and practical matters are also involved.  Parents are an important pressure group and the movement often leans conservative.

Arguments AGAINST Cameras in the Classroom

A basic reason cited in opposition is that cameras in the classroom, to cite one teacher, is just plain “offensive.”  Many things offend someone.  When something is particularly offensive, however, we should be on guard.  Unless something is necessary, offense is best avoided.

The cameras are argued to be useful for various reasons.  Nonetheless, they are seen as “insulting” because the average person is not filmed all the time.  A form of spying.

People are regularly trusted to do their jobs without continual surveillance of not only fellow school officials, who can check-in, but the public at large.

One conservative piece that opposes the use of cameras in the classroom flags this issue.  Can we trust the government to properly protect the privacy of those in the classroom?  There is a chance the wrong people will have access, including child predators.  It can be dangerous.

A continual live feed invades the privacy of a classroom, including individual children doing a range of private acts.  Children with special needs, including disabled students, have been flagged.  But, children overall can be very sensitive about their privacy.

Transparency is important here, but there are other means to protect it, including volunteering yourself at the school.  A classroom should not be a public fishbowl.

One argument in support of cameras is to make sure teachers are doing “their jobs.”

Those against cameras argue that what is really at issue there is opposition to academic freedom.  Cameras will encourage censorship and limit beneficial teacher discretion.

Teachers will realize they need to in effect “play to the camera” and robotically follow bland and overly safe lesson plans.  After all, even an out-of-context action can get them in trouble.  It would be safest, even if not good overall, just to play it safe.

The result will be a hostile environment for both the teachers and the students.

Security is not cheap.  And costs are not just financial in nature.

There are various negative consequences to cameras in the classroom.  These are all “costs” though some people, especially administrators and legislators are particularly concerned about financial ones.

The costs must be all kept in mind when setting policy.

The invasion of privacy and belief that schools are more like prisons, under continual surveillance with teachers and students both not worthy of trust, has consequences.

Opponents of cameras argue the costs are not worth the benefits.  The cameras in various ways are in fact counterproductive.  For instance, other than some reduction in property crime, cameras perhaps surprisingly can increase crime.  They can be seen as a false hope while other measures are better for dealing with problems such as bullying.

The same would apply to other “benefits,” including teacher performance and a healthy involvement of parents in education.  Communication and trust are both important here.

Offensive and invasive techniques like cameras can be counterproductive.

Cameras are a mixed blessing.  Most people agree that they have various useful benefits.  And, the support of body cams for police officers shows that liberal-minded sorts support them in various contexts.  This is not just a conservative vs. liberal issue.

Cameras can invade privacy.  They also change the dynamic.  This is one reason some fear them in courtrooms, including the United States Supreme Court.  People act differently when on camera.  Sometimes, that is good.  Sometimes, that might not be so useful.

This essay supplies various costs and benefits to cameras in the classroom.  It is now up to you to decide what is the best policy.