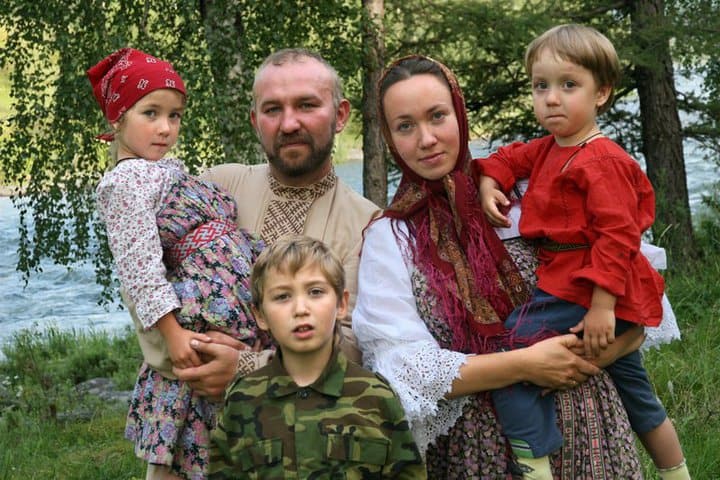 Russia is often understood to be a “European country,” but ranges from Eastern Europe to the Pacific Ocean. Even though most of the country is in Asia most Russians do not look Asian.  The country of Russia was originally settled by people from Europe.  Russian power expanded east over the centuries. The Asian portion of the country is much more thinly populated, the climate less suitable. As a result, Russians as a whole (about 4:1) do not look Asian.

Contents show
1 Isn’t Russia in Europe?
2 Russia is Part of Europe AND Asia
3 Some Russians Do Look Asian
4 Russians Do Generally Look European
5 Climate Is A Key Factor
6 Conclusion

The answer to the question “why don’t Russians look Asian” might on some level seem easy.

If we look at it that way, the answer seems easy enough.  Russians do not look Asian because they are not part of Asia!  Yes, speaking of appearances, especially races, is a tricky business.  But, just like everyone isn’t black, Russians would logically not look Asian.

Many probably would say Russia is – full stop – part of Europe.

Russia is Part of Europe AND Asia

Russia, however, is part of two continents.

A look at a map will show you that.  Russia spans from Eastern Europe to the Pacific Ocean.  summarizes its reach this way:

It occupies most of eastern Europe and north Asia, stretching from the Baltic Sea in the west to the Pacific Ocean in the east, and from the Arctic Ocean in the north to the Black Sea and the Caucasus in the south.

A comparison can be made to the Inuits, who live in Alaska and Canada, “look Asian” because their ancestors came from Asia.  The exact way people traveled from Asia to North America continues to be subject to debate, but they did.

And, Inuits came from the eastern region of modern-day Russia.  Which is in Asia.

Some Russians Do Look Asian

One American immigrant from Russia reminds us that answering the question “what does a Russian look like” is somewhat complicated.  There is a range of people living there.

Russian Beyond is a publication founded by the Russian state news agency.  Its website notes that its “mission has always been to help the world better understand Russia.”  One of its articles also reminded the world that “some Russians look Asian.”

The article discusses how there are “190 ethnic groups among the 142 million inhabitants of Russia” and among them are various Asians.  The Mongols, originating in a region near China, actually ruled over a large area of Russia during the Middle Ages.

Now, do not worry.  People who think Russians on the whole do not look Asian are not imagining things.  There are European and Asian parts of Russia.  But, the Asian part is thinly populated.

Russia is named for the “Rus” people who first settled in the eastern portion of present-day Russia.  There is some dispute (when isn’t there over history?) over the origins of the Rus people.  But, it appears they came from parts of Europe.

The first leaders of the country are believed to have been Vikings.  Again, a look at a map would make this not too surprising.  Vikings were Scandinavians, which would include Finland.  Finland borders Russia. Russia was founded by people who looked like Europeans.

Over the centuries, Russia expanded eastward, all the way to the Pacific Ocean.  Ethnic Russians over the centuries migrated to the Asian part of the country. This only made “Russians” as a whole look less Asian, many intermarrying local peoples.

Russian culture also was greatly influenced by Europeans, including as Ivan the Terrible and other great Russian leaders expanded the reach of the empire.

Climate Is A Key Factor

Siberia, “sleeping land” in a local language, takes up a majority of the territory of Russia.  But, it is thinly populated.   The Asian region of Russia as a whole only has a fraction of its population.

Size is not the only thing that matters population-wise.  Canada is bigger than the United States, but only has a fraction of its population.   Okay.  Enough math.

Geography, the nature of land, explains why the large Asian region of Russia is so thinly populated. Much of the area lacks proper soils and climates (either too cold or too dry) for agriculture.  The European region is much more suitable for a larger population.

And, today about 78% of the people of Russia are ethnic Russians, who look more European than Asian.  A lot of Russia is in Asia.  But, many more people look European.

Early on, I referenced an explanation of why people are different colors.

Asian features in general, including the distinctive eyes often associated with them, also arise for a range of reasons.  There is much debate over the specifics, but this much is true.

Russians as a whole originally arose from people descended from Europeans.  They benefited from European geography being more supportive of a larger population.  Russians migrated eastward and eventually controlled all of modern-day Russia.  Including the Asian portion.

The net result is that Russians as a whole do not look Asian though some very well do.