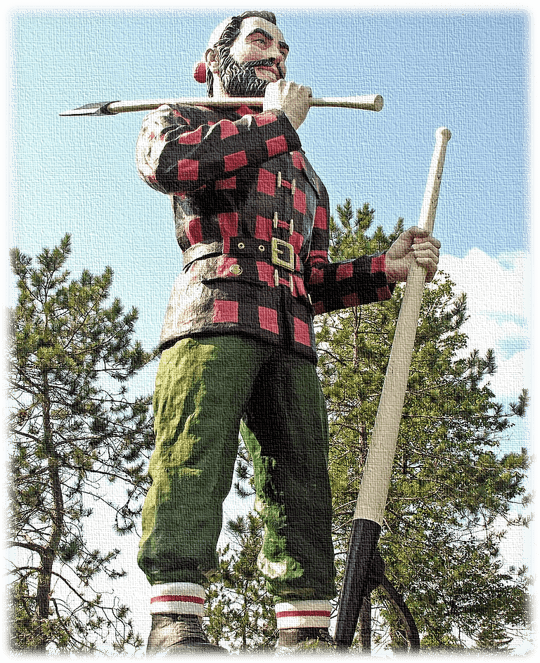 Russia is a large country that ranges from Eastern Europe to the Pacific Ocean. People from parts of Russia historically were tall. Height arises from genetics, diet, and overall well-being. Today, Scandivanians are the tallest people in the world for these reasons.  Russia, for various reasons, today is much more in the middle of the pack.

Russia is a large country ranging from Eastern Europe (Ukraine) to the Pacific Ocean (Asia).

By one count, Russia has 190 ethnic groups among 142 million inhabitants.  We have discussed why “Russians Do Not Look Asian.  Also, how the Inuits came from Russia.

Russia is named for the “Rus” people who first settled in the eastern portion of present-day Russia. There is some dispute (when isn’t there over history?) over the origins of the Rus people.  But, it appears they came from parts of Europe.

Ahmad ibn Fadlan, an Arab traveler during the 10th century, provided one of the earliest written descriptions of the Rus:

“They are as tall as a date palm, blond and ruddy so that they do not need to wear a tunic nor a cloak; rather the men among them wear garments that only cover half of his body and leaves one of his hands-free.”

Russians today are not quite as tall as all that.

We have discussed height once before when answering the question: “Why are Asians Shorter than Their European Neighbors?”   (Those interested might also wonder about their eyes.)

Humans have been a range of heights over the years.  Certain ethnic and racial groups have been traditionally shorter or larger than others.  Evolutionary theory suggests there is a reason for this.  Certain traits are passed along to children because they are somehow useful for survival.

Height is generally a result of genetics and diet as well as various other factors.

The two things are connected.  Genes that are most useful to adapt to local geography are likely to be passed along.  And, this would include the food available.

We learned also that characteristics such as height, can and do change over time as a result of various factors such as migration, intermarriage, and things like changing diets.

The availability of high-protein foods has influenced the average height of Northern Europeans.  The Netherlands is one of the world’s largest producers and consumers of cheese and milk.  Are white Russians (vodka, milk, Kahlua) the favorite alcoholic drink of people there?

Good health care, a healthy environment, and overall respect for concern for the quality of life also influence the height of Scandinavians.

Cossacks historically were a nomadic group who lived in Ukraine and Southern Russia.  When we think of a “tall Russian,” the stereotypical image of a “Cossack” is often what comes to mind.  Russia gave Cossacks special privileges in return for military service.

Scientists have found that early settlers of the steppes (grasslands) of Eurasia, we are talking about around ten thousand years ago here, were genetically tall people.  Cossack territory.

We can theorize why people in this area were so tall.  One possibility is that height is beneficial in cold climates while those in warmer climates often are shorter.  Small groups of nomadic herders would also be more likely to retain a gene supply.  Also, they would have a ready source of protein (animals) without too many people to feed.

Russians are descended from genetically tall Eurasian people whose height is still seen today in  Northern Europe.  In some way, such height was evolutionary useful for surviving in the steppe lands that their ancestors arose from.  The exact reasons are only estimates.

READ MORE ABOUT GENGHIS KHAN AND THE MONGOLS

Why Do Europeans Range In Height?

The people of Northern European today remain taller with the Netherlands ranked as the tallest people in the world.  Scandinavians and nearby Baltic states (Estonia and Latvia) are also at the top of the world height rankings.  Russians apparently originally lived in this general area.

These nomadic peoples eventually migrated (move) westward and southward into other parts of Europe.  Scientists have determined that as Europeans settled down as farmers thousands of years ago they became shorter.

Southern Europeans (including Greece and Italy) have more sunlight. As we discussed here, the reduction of sunlight in Northern Europe, led to whiter skin.

Russians today are not tall as a matter of average world population.

Scandinavians, particularly the Netherlands, lead the pack these days.  Russia?  Now, it might upset Mr. Putin (5’ 7”), but Russia is far down in the average 2022 height rankings.

Russia today is a mixture of a range of ethnic groups.  This affects the overall gene pool.  Cossacks, after all, are not the only Russians out there.  Do we really associate babushkas (Russian grandmothers) with being tall?

Also, diet, health care, and good environmental conditions are less present today in Russia as compared to many other places.  Comparably speaking, Asians are getting taller these days.

The 19th and 20th Centuries were a period of great development, including improving the diet and welfare of people throughout the world.  Soviet Russia was involved in this general process, which led to a significant increase in height.

This improvement has leveled off, and conditions are less ideal in various ways in modern-day Russia.  Height increases have also leveled off in the United States.

Finally, height can be influenced by culture. Height is associated with better health, attractiveness, better education, and higher income.  If taller people are seen as ideal mates, there can be a tendency for a self-selection process resulting in taller children.

I was tasked with the question “why are Russians tall?”  The answer turned out to be complex.  Russians today worldwide are more middle of the pack.  Sorry, Mr. Putin.

Historically, Russians did have a reputation for being tall.  As tall as a date palm even.  We also have the stereotypes of tall “Cossacks” and other Russian (and Soviet) military types that should make Mr. Putin feel so very happy and patriotic about the big, stocky Russian people.

But, things — as they tend to be in history and life in general — turn out to be complex.

link to Why are Asians Shorter than Their European Neighbors?

Body type is passed along through the ages because there is an evolutionary benefit.  Asian body types, including their short stature, were environmentally useful for survival.  Height also...

Russia is often understood to be a “European country,” but ranges from Eastern Europe to the Pacific Ocean. Even though most of the country is in Asia most Russians do not look Asian.  The...