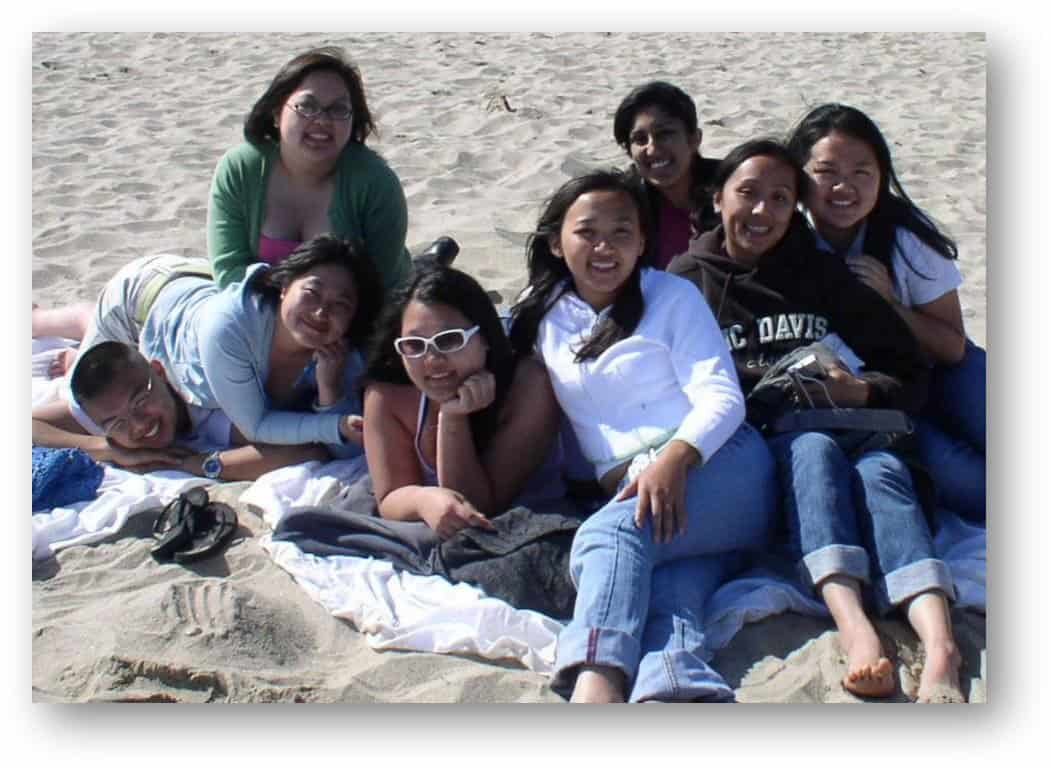 Body type is passed along through the ages because there is an evolutionary benefit.  Asian body types, including their short stature, were environmentally useful for survival.  Height also is a result of diet (including protein supply) and good health. Changing diets and improved health conditions have led to growth in the average height of Asians. Today, there are fewer height differences between Asians and non-Asians in recent years.

There are 2 factors that greatly contribute to a person’s height. The first is genetics. If mommy and daddy are short chances are, so will their children.

The second factor is nutrition. Eating protein, as well as ingesting enough calories during pregnancy helps to determine a newborn’s height.

When humans migrated from Africa to Europe and Asia they were one species sharing DNA. Over time, during the Mesolithic to Bronze age (10,000 years ago) genetic makeup began to differentiate.

Prior to cars, trains and automobiles the cultures of Asia were isolated. As a result genetics in the east began to differ from the west.

The Neolithic era, when farming and domestication of animals, brought a steady food supply. It began in what we call the Middle East today and spread westward into Europe. This enabled Europeans to grow taller.

There is something in law and logic known as “resisting the hypo,” where the premise of the question itself is challenged.  And, there is evidence this question is misleading.

Studies have shown significant growth in young Asians.  Chinese men, for instance, are currently trending to the average height of American males.

Asians as a whole are still noticeably shorter than non-Asians.  It takes time for things to even out that way.  But, improvements in nutrition for Asians as well as leveling out of non-Asian growth have resulted in a clear trend.

Hopefully, this will help to address continuing discrimination against Asians based on height.

Past Lessons About Physical Characteristics

We have already discussed why many Asians have small eyes.  A brief summary:

There is also the matter of skin color.  If humans originated in Africa, why the diversity?

These discussions show that characteristics such as skin color and body type are in place for a mixture of reasons, including genetics and adaptations to the environment over time. Characteristics, including height, can and do change over time as a result of various factors such as migration, intermarriage, and things like changing diets.

Humans have been a range of heights over the years.

Certain ethnic and racial groups have been traditionally shorter or larger than others.  Asians have been noticeably shorter as a whole.

Evolutionary theory suggests there is a reason for this.  Certain traits are passed along to children because they are somehow useful for survival.

Is Being Taller Actually Useful?

Height is often favored in the United States.  Height is seen as more attractive and also associated with talent.  You do not have to be a basketball player or model to find being taller will be a benefit.  But, being taller might not always be evolutionary useful.

Height can lead to various problems, including higher blood pressure, osteoarthritis, and a higher likelihood of cancer.  People who lived in colder climates in Europe and Asia might have adapted by developing shorter bones better able to deal with frostbite and harder conditions.

Asians Adapt to Their Environment

Asians developed distinctive eyes because of evolutionary adaptation.  It would make sense that the eyes are not unique in this respect.  Our bodies as a whole adapt to our situations.

Very cold weather conditions in places like Siberia would favor eyes with more fat and that lets in less light. It would be a way to resist snow blindness.

Also, other traits, such as different size noses and shorter limbs would also be useful adaptations to the climate.

Scientists have noted various genetic similarities among East Asians (China, Japan, Korea).  South Asians (India) also adapted to their own climate. Smaller body types are less likely to be overwhelmed by the heat.  South Asians also benefit from being short.

We also learned that Inuits are of Asian descent.  Inuits have genes that help them eat a more fatty diet than we are accustomed to in the United States.

Access to more diverse and healthy foods has led to Inuits being about the same height as Americans in recent years.

Height is influenced by diet.  Children with poor diets can suffer stunted growth, even if they have the potential to grow taller. The increase in the availability of protein-rich foods and at times better health care also has led to increases in the height of Asians.

Stereotypes are generalizations that have some basis in fact. Stereotypes can lead to problems.  It can be the path to discrimination and misunderstandings.  Such is the case here.

But, there still remains some basis of fact, especially if we keep in mind the complexities of the situation.  Asians are (less so in the past) shorter for genetic and environmental reasons.

Being short, like having a certain type of eyes, can be a good adaptation to your environment.  When your environment changes, including a change in diet and dealing with things like hot temperatures, shorter heights can be less useful and likely to occur.

In each case, we should treat individuals based on who they are, not irrelevant characteristics.

link to Why Do Asians Have Small Eyes?

East Asians and various other groups have distinctive small eyes. The “epicanthic fold,” the bit of skin on the upper lid near the inner corner of the eye, is behind this characteristic. The eyes...

Continue Reading
link to If We're all from Africa Why Aren't We All Black?

Early humans had dark skin.  Dark skin developed to protect mostly hairless humans from the powerful rays of the sun.  Nonetheless, the sun also is important not only to keep us warm but...