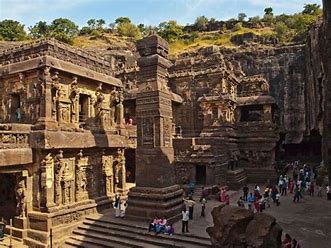 Ancient Indian civilization began about 5000 BCE. Major civilization means organized government. The Indus Civilization (3000 BCE) had the first major government in India, made up of priest-kings.  The Vedic Civilization (1500-500 BCE) began as a regional tribal system of government, developing into a more centralized monarchial (king-based) system.  A stable, centralized government that allowed the flourishing of trade and culture developed though, by the end of the Ancient period, it started to break apart.

Government Is Basic To Civilization

A familiar concern today is the teaching of civics.  Civics concerns the basics of how a society is governed. The development of the first civilizations brought with it the first true governments.

Civilization requires a government to run things, an economy to provide goods and services, and new social rules to help large groups of people live in harmony.

In order to achieve all these things, you need people to do different jobs. Someone had to be a leader, others needed to make laws, and people were needed to create a court system to maintain justice.

Civilization brings government. Ancient governments are an important way to understand ancient cultures.  Government is an important part of the everyday lives of ancient societies.

Also, the type of government and how it specifically acted can help us understand significant events, including warfare, and why a civilization might have declined.

India takes its name from a large Asian river, the Indus, which might mean “large body of water.”  India is a subcontinent, a large land mass that is smaller than a continent.

It is one of the most long-lasting societies in world history.

There are signs of civilization as far back as about 5000 BCE in fertile land around the Indus River in the northwest portion (Punjab region) of modern-day India.  “Ancient India” therefore covers quite a long period of time, reaching into the Gupta Empire (320-550 CE).

The Indus Valley civilization is also known as the Harappan civilization, which is named after an archaeological site that helps us know about life in those times.

The early years of civilization are in many ways lost in the clouds of history, but remaining artifacts such as pottery as well as other archeological ruins give historians some ability to provide some general theories.

Archaeological investigations show a highly developed civilization suggesting a complex system of government.  Indian civilization at this time was likely not centralized in one place but broken up into smaller units of territory such as major cities (e.g., Harappa).

In the Indus Valley Civilization, priest-kings were at the head of government.  This system of government was an expansion of tribal life, where individual tribes of people have their own leaders.

A tribal chief appointed helpers, who would deal with the many needs of local life such as making sure crops were fairly distributed.  And, things such as religious ceremonies.

Over time, a large group of nomadic cattle herders, the Aryans, migrated into India from central Asia.  They took up agriculture and developed a caste system.

This also was the beginning of the Vedic Period, named after The Vedas (“knowledge”), a large body of religious texts.  You can learn about Indian creation stories from this period here.

The regional system of tribal rule continued into this period.  There was no united leader ruling over the Aryan people.  This led to some jostling for power and warfare.  It also led to opportunities for foreign invasions, including the Persians (530 BCE) and Greeks (320s BCE).

The chief of a tribe was called a rajan. The tribal chief was the “protector of the tribe.”

The tribal chief was aided by several functionaries, including the purohita (priest), the senani (army chief), dutas (envoys), and spash (spies).  The rajan’s power was limited by tribal councils, including sabha (tribal elders) and samiti (free tribesman).

The tribal system passed from father to son, but various tribal assemblies (some of which women were allowed to take part in) had a lot of power.  The tribal leader had no regular army.

Over time, the tribal leader obtained more and more power.  By the end of the Vedic period, the system of government was monarchial (king based).  The king started to be seen as a divine figure and had an army and a bureaucracy.  Women also no longer took a direct role in governing.

Alexander the Great, whose attempts at world domination reached India, was dead.  The time was right for Chandragupta Maurya to start the Mauryan Empire (322-185 BCE), which eventually extended throughout most of the Indian subcontinent.

The Mauryan Empire was led by a single king.  The empire was divided into four governmental provincial units, and an empire-wide tax-gathering organization was developed.

An extensive bureaucracy was developed.  This happens when there are many government officials and departments running the government.

Mauryan power rested on its formidable army, which seems to have been one of the largest in the ancient world. A vast espionage system also was formed.

Each city also had an elaborate governmental system. A city council made up of thirty commissioners was further divided into six committees with various functions.

The city council had officers who looked after public welfare such as the maintenance of roads, public buildings, markets, hospitals, and educational institutions.

A separate judicial system also developed.  Local elders and kings previously directly handed down justice.  Now, a system of tribunals was formed, with the king as the official head of the justice system.  Legal texts were written and an organized legal system was formed.

The Mauryan Empire eventually went into decline and India split up into various kingdoms.

The Gupta Empire had a similar style of governmental administration as the Mauryans, except that local governors were now more independent.  After the Mauryan Empire, the government of India was more of a collection of local power centers, with the top leader a sort of “king of kings.”  Each local ruler had a lot of power, with a less organized overall central administration.

The Gupta Empire had twenty-six provinces with an administrator and council of representatives governing each.  Local village elders dealt with local areas, defended by local squads made up of one elephant, one chariot, three armed cavalrymen, and five soldiers.

It might not be the oldest profession. But, the government is as old as civilization, older if we include simple tribal governments.

Thousands of years of civilization equaled a lot of government.

Humans have always had a need to explain the origins of important things. These stories are often not meant to be taken literally; they provide a symbolic explanation of our lives.  Early human...

[convertkit form=1816758] If you’re looking for a brief (650 words) summary on a topic in history you’re in the right place! You can find reading passages for U.S. History and World History...