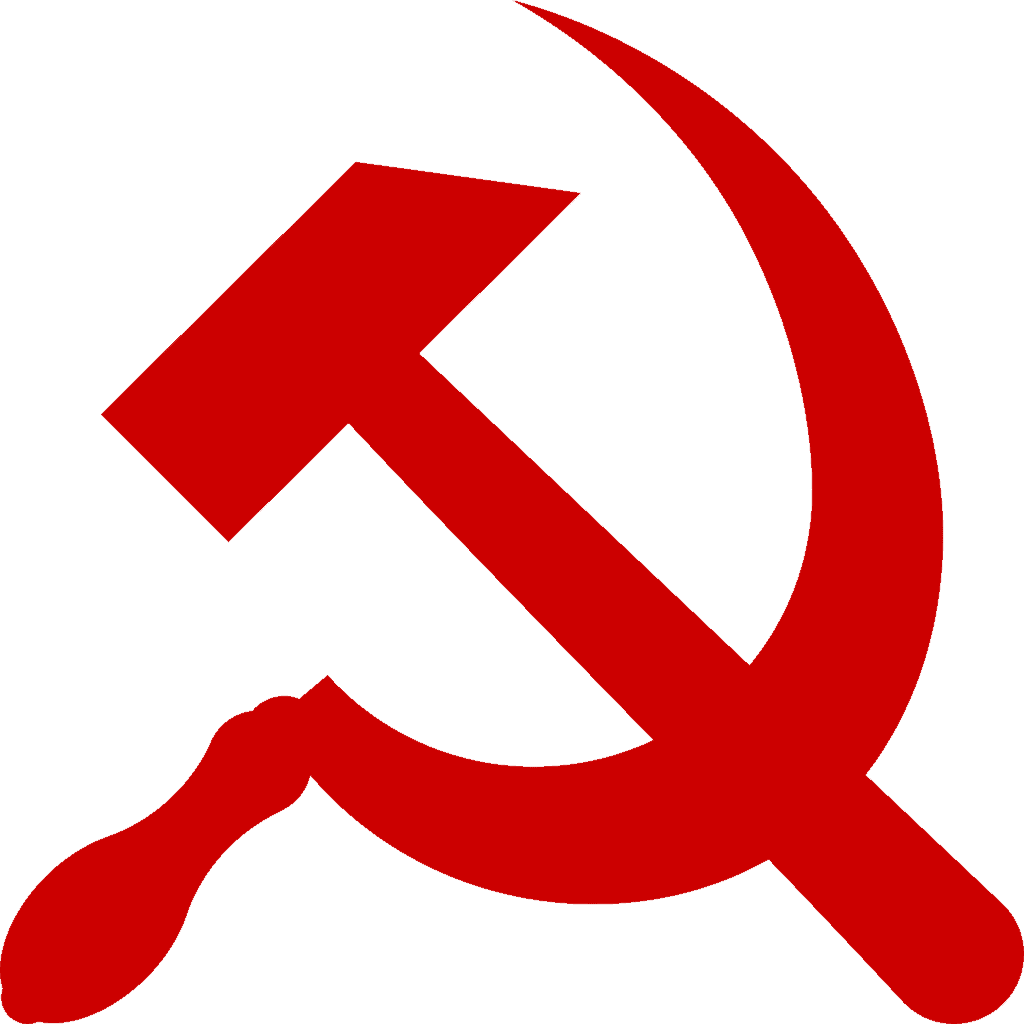 A major worldwide battle was fought over communism from the second half of the 19th Century until the end of the Cold War.  A few countries such as China even today are still communist, so the battle in some fashion continues.

Many in the United States might say communism bad /capitalism good.  Communism, in theory, creates a classless society. Each person works to their ability and receives whatever their needs. It’s an egalitarian society. In practice, however, communist countries have been totalitarian governments ripe with censorship and brutal repression. Few things are purely good or bad.  (Hitler, maybe.)  Let us check out the pros and cons of communism.

Working Men of All Countries, Unite!

A big name in communist thought is Karl Marx, famous for his Communist Manifesto (1848), which ends with the heading of this section.  He had a flair for the dramatic.  “A specter is haunting Europe — the specter of Communism.”  It is almost a ghost story!

Marx saw the world as one divided by class — the bourgeoisie (owners of means of production) and proletariat (workers).  History was always a battle of the two sides in some fashion.

Industrialization had led to a crisis point.  Inequality has increased and the worker’s life had gotten considerably worse.  It was time for a new path!

Marx argued that the ultimate goal should be a classless society.  All would be equal.  There would no longer be differences in property ownership because personal property itself would end.  There would be a communal (community-wide … “communism”)  sharing of property.

And, their needs would be protected.  How?  Government ownership and control.

While this is all being set up, a “dictatorship” of sorts would be in place.  This would be messy, especially since overturning the current system would require a revolution.

But, the ultimate end would be the people as a whole (think of “We the People” cited in the U.S. Constitution) running the government.  For instance, some countries have representatives of workers as part of the committees in charge of regulating the economy.

The government would in each case provide for the needs of the people.  This is known as a “command economy,” since the government directly controls things.  The ebbs and flows of the market is replaced by government regulation of all things.

Note the large overlap between communism and socialism.  Many who talk about communism, even Karl Marx himself, use the two terms as meaning largely the same thing.

The one difference cited in the chart is that socialism relies on each person’s contribution to society.  In real life, the difference is more a matter of degree. Socialism tends to be a more gradual, limited, approach while communism is more revolutionary and absolute.

Equality is a basic principle in communist thought.  Everyone is supposed to be treated the same.  Barriers to equality are to be removed such as private property, which results in large differences in wealth and power.  Is not equality a basic ideal?

The government running the economy places power with the people. The alternative would be powerful forces, such as a few private corporations, controlling things.  Corporate control equals major inequalities.  The same applies to other institutions.  No “powers that be.”

Inequality regularly is a result of people not having basic needs that are necessary to get ahead in the world.  Before communist control of places like Cuba or the Soviet Union, a large number of people lacked basic things we expect as givens such as health care and education.

And, even today, those things are not evenly applied.  How people suffered the effects of COVID, for instance, provided tragic evidence of how inequalities still are in place in our own society.  How did the U.S. respond?  A significant response was government support and controls, down to blocking landlords from evicting people who could not pay.

Modern experience shows that communism is not foreign to how we do things.

It goes further than most societies but has a socialist aspect that many nations currently use in various ways.  Also, communism in action is akin to various societies, such as traditional Native American cultures or the ideal Christian lifestyle of early Christians (see Acts of Apostles).

Kristen R. Ghodsee studies communist societies in Eastern Europe.  One somewhat risque op-ed (and book) she wrote argued communism is better for women.  The needs of women were provided, allowing equality in action.  For instance:

Power to Do Big Things

Yes, a “state apparatus” enforced such things.  But, a “command economy” provides the power necessary to do big things.  We see this in wartime when the federal government is much more powerful.  The well-being of the people’s welfare is as valuable as winning a war.

A command economy also allows for a smooth-running society.  We saw the possible alternative in our own society with continual economic collapses.  The U.S. ultimately set forth certain national regulations to cushion the blow.  The result was that when an economic collapse came in the 1980s, people suffered much less than during the Great Depression.

A final valuable aspect of communism is the possibility of a stronger sense of community.  Each person in a communist system is an equal part of society.  Each is a “comrade” with an equal role and importance.  This would promote cooperation to advance the good of everyone.

A basic problem with communism is how it has actually been applied in the real world.

Today, communism exists in China, Cuba, North Korea, Laos and Vietnam.  Not a great sample.  The communist ideal is not in place in any of these places.

North Korea is a harsh dictatorship few would deem an ideal role model.  Cuba is a better place to live, but has both civil liberty and economic problems at the moment.

Communism in practice regularly involves the presence of police states.  East Germany, for instance, is infamous for its spying on its population. Or, the lack of freedom and official thought control during the Chinese Cultural Revolution.

I’m no Karl Marx, but this does not seem to me necessary as a matter of principle.  For instance, many supported the Russian Revolution.  Lenin’s slogan “Peace, Bread, Land” sounded ideal.

But, in action, the result was the horrible excesses of Stalin.

Often you did not even have to really oppose the state to be killed.  Stalin, the dictator leading Russia from the 1920s to early 1950s, like many dictators saw many a conspiracy when there was none.  Or, killed for arbitrary reasons for his own personal power hungry reasons.

Communism as a revolutionary ideology, one that can be backed up by a powerful government that acts for the “good of the people,” leads to many excesses.  The people are not truly in control.  An elite dictatorship is in control, often lying to the people to retain control.

Socialism promotes many of the same ends of communism, but does so in a more moderate and gradual fashion.  Socialism, as well as a “kindler and gentler” capitalism, also seriously lessens the problems Karl Marx and others flagged.  There is less need for communism.

History also shows that class is not as important as Marx and others that promoted communism thought.  Human society is divided in many ways — by class, belief system, religion, ethnic groups, national origin, and more.  Communism is too single minded in that fashion.

A command economy also is in various ways inefficient in comparison to a capitalist society.  Capitalism responds to the needs of the people by a process of supply and demand.  Inefficiency can in the long run deny the very social welfare benefits communism promises.

A communist society regulates from above.  This can be less inefficient, especially if you have limited or confused information about the needs of the people.  The result tends to be both inefficiency and the government allowing some form of limited capitalism to take place.

Inequality exists in various respects and it is not all bad.

Thomas Jefferson — who wrote “all men are created equal” — recognized an “aristocracy of talent.”  Jefferson supported equality in some things, but not perfect equality.

Differences in wages and profits can encourage people to work harder and advance new ideas.

If people are not able to have private property or other benefits of extra work, there will be less incentives.  Marx, for instance, opposed inheritance rights.  Making enough to pass along to your children is a major incentive.

Communism can provide certain necessities.  And, it is ideal if things like a job are provided to each person.  But, more than the bare minimum is also a good thing.

Communism can disencourage new things.  The stereotype of a drab life in the Soviet Union and elsewhere is based in some sense on reality.   Innovation also goes along with some sense of inequality.  Not everyone has those new things.  Equality of all can result in a bland sameness.

Finally, communism in practice at least, limits freedom.  This goes beyond the police state to set forth an order to your life from birth to death.  The principle “from each according to ability, to each according to need” is applied by government fiat, government demand.

A person in the U.S., for instance, might have certain skills that would make them a good scientist.  They need not become one.  People move from place to place regularly.

A command economy assigns people roles that they are deemed best qualified to fill.  Moving from rural areas to the city might require special permission.  In China, a one-child policy was long promoted, with various ways to pressure those who might want to have more than one child.

Again, in theory, communism does not require this.  It is how it is often applied all the same.

Communism is an economic system that promotes a classless society in which all property is held in common and the government controls the means of production.

Communism has various benefits.  There is a reason so many saw it as having much potential, a means to reform the problems many suffered during the Industrial Revolution and beyond.

But, communism also has various problems, especially how it is actually applied.

A middle path of democratic socialism or capitalism softened with various safety nets provides many of the goals of communism without some of its harsher components.

What do you think?