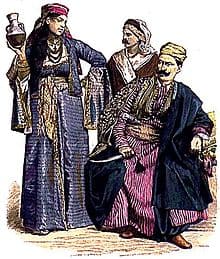 The term “Middle East” arose because from the vantage point of the United States and Western Europe it is in the “middle” of the areas to the east.  And, from the dawn of recorded history, it has been in the middle of things too!

Geography
The Middle East is the region bordering the eastern end of the Mediterranean Sea (including Egypt) to the nation of Iran.  Egypt is in Northern Africa, but the Middle East is mainly in the continent of Asia with the Sinai Peninsula connecting Egypt and Asia.  The Red Sea divides Egypt from Arabian Peninsula and on the opposite side of the Arabian Peninsula is the Persian Gulf, a region bordering many nations.  Over recent years, multiple military conflicts arose in the Persian Gulf.

Economically, the region is particularly known for its oil reserves. Multiple nations formed the Organization of the Petroleum Exporting Countries (OPEC).   Oil is not only the source of money and power in places like Saudi Arabia but gives the region significance beyond its borders as well as helping to cause military conflict.

Three religions also were founded there, Judaism, Christianity and Islam, still causing deep divisions.  Islam is the primary religion in the region, while Israel is a Jewish nation.  The people in the area are mainly Arab, pan-Arabism being support of a unified Arabian nation and culture.  Israel and Iran are two exceptions.

Israel
Modern day Israel, a Jewish state, was established in 1948 with the opposition of the surrounding Arab countries. This led to multiple military conflicts over the years with Israel still controlling “occupied territories” from one of them.  The original residents of the area, the Palestinians, rebelled against Israeli rule (Intifada), and their push for an independent homeland continues.  Israel and other Middle Eastern nations still have a difficult relationship though in the 1970s they did negotiate with Egypt (Camp David Accords) with President Carter as mediator.

Modern day Iran was established after World War I as a secular state with the leadership by a shah.  A popular leader was deposed in the 1950s with the United States involved, there being concern by the United States and others about control of the oil reserves and communist forces. But, the new shah grew unpopular and ultimately was overturned in the late 1970s (Iranian Revolution).

Religious leadership, led by Ayatollah Khomeini, took over the country. The new conservative theocratic (religiously led) nation had harsh consequences for women’s rights and other liberties.  The Iranian Revolution was also quickly followed by a long lasting war with Iraq as well as continuing bad relations with the United States.  Iran also is involved in current day military conflicts in Iraq, the overthrow of Saddam Hussein (2003) leading to continuing warfare in that area.

Terrorism Terrorism is the unlawful use of violent resistance to gain political ends and has in modern times been a lasting problem in the region.  Terrorism often victimizes average civilians, causing terror in their day to day lives.   It is basically a tool used when normal military practices are not possible, including because a group doesn’t have the control of the state.  A major cause of terrorism is religious ideology, including a violent jihad (struggle) against perceived enemies of Islam.

Terrorism at times has the support of affluent individuals (including Osama Bin Ladin) as well as nation states.  But, it also arises from the desperate situation of many people in the area, including refugees (displaced persons unable to return home) and economically at risk.  Terrorism also is used to rebel against those seen as unjust rulers though in recent decades there were also multiple peaceful reform movements in the region, if unfortunately only with limited success.