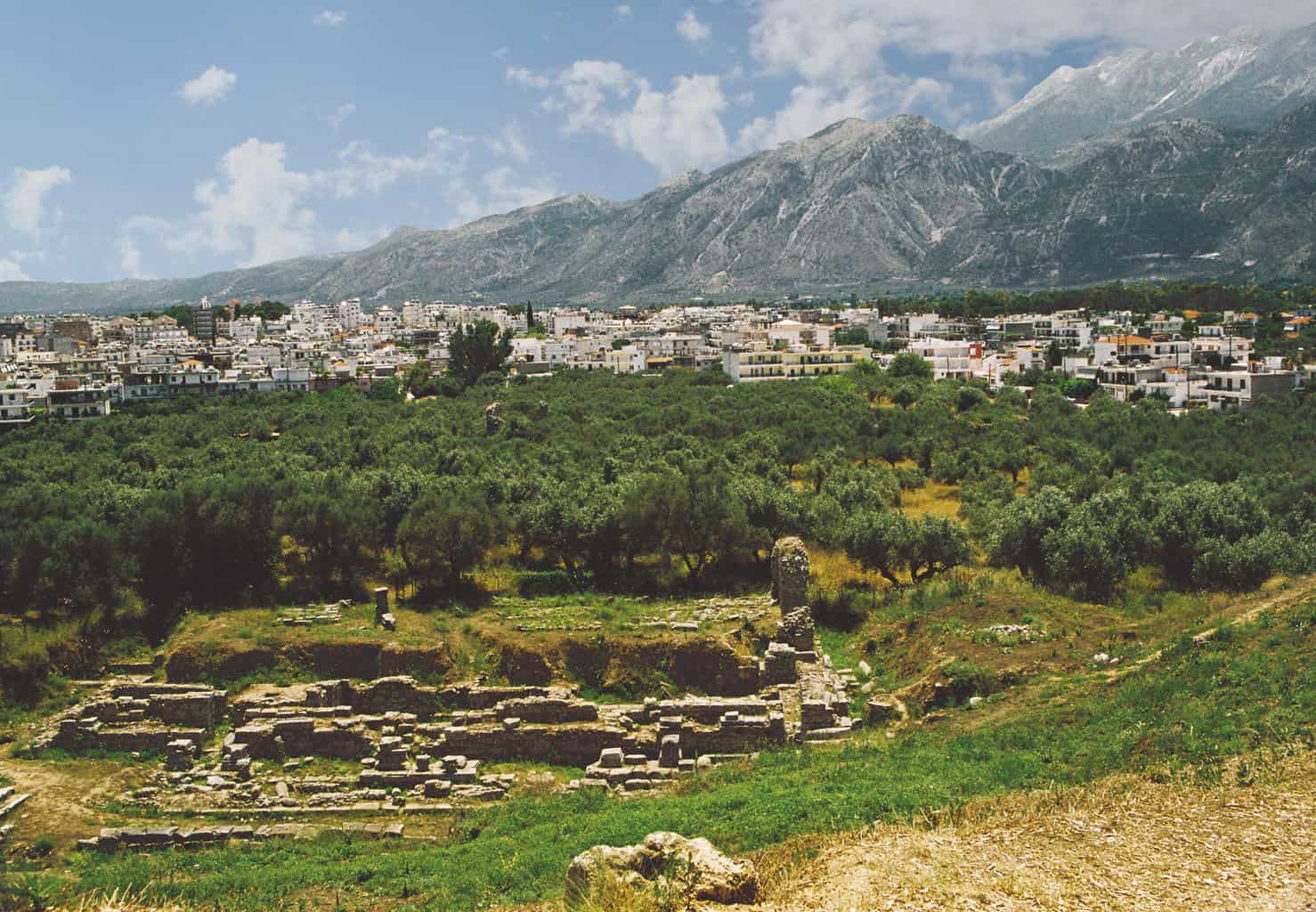 “Spartan” means living simply, without comfort. Ancient Sparta was a regimented, military-focused society. The three social classes of Sparta were a small citizenship class, tradesmen (perioeci), and a large number of slaves (helots). A small group of Spartan male citizens ruled over the rest of the population.  Women could not be full citizens, but in some ways had more rights and freedoms than other Greek women of the time.

The word “spartan” means to live simply, without comfort.

Ancient Spartans have a reputation as a military-based, regimented society.  The Supreme Court once defined our view of “liberty” as the opposite of Spartan life.

Let us take a look at Spartan society and see how these views match up with history.

Sparta was a major city-state in Ancient Greece. Greece is a country in southeastern Europe with Africa to the south and Asia to the west, thus is at the crossroads of three continents.

In ancient times, it was not a single country, but many city-states.  Organized around a city, each city-state unit controlled the surrounding area. Sometimes a city-state was powerful enough to control other areas as part of an empire.

People lived in the area that became Sparta for over 5,000 years though we know little about how the early occupants lived.

Sparta played an important role in the mythical accounts of the Trojan War as told by Homer, but these tales were first told hundreds of years after the supposed events.  So, the accuracy of Homer’s accounts of Spartan life is unclear.

(Helen, the supposed cause of the Trojan War, was a Spartan queen.)

The city of Sparta that arose later was founded around 1000 B.C.E.  Lycurgus, the perhaps legendary originator of the Spartan military way of life, lived two hundred years later.  Sparta’s height of power was in the 400s.  Rome conquered it in 146 B.C.E.

The ultimate rival of Sparta was Athens, known as a center of arts, learning, and philosophy.  Sparta, in contrast, was a military-based society.  When Sparta defeated Athens, it was one of the few times history was not written by the winners.  We know about it mainly from Athenian writers; Spartans did not care much about writing tales of their victory.

There were three classes of people in Ancient Sparta.

A small minority consisted of Spartan citizens.  When we read about “Spartans,” this is the group often being discussed.  Nonetheless, many others lived among these people.

Only males could be full citizens.  Sparta was an oligarchy, ruled by a few.

There was a larger group of people, who “dwelled around” Sparta in their own cities.  These people were free (not slaves) and named “perioeci” (or perioikoi).

The perioeci had some ability to control the domestic affairs of their home cities. Spartans retained overall control and did not grant them Spartan citizenship.  They could travel to other cities, own land, and were allowed to trade.  Perioeci made armor and weapons for Spartans.  They also sometimes served as extra military support during battles.

The most numerous people, perhaps eighty to ninety percent of the population, were a slave-like group known as “helots.”  Perioeci could have their own helots.

Tyrtaios, a Spartan poet, told of the hard life of the helots:

Helots were mostly farmers.  Helots produced food for all the Spartans.  Helots were obligated to provide a portion of their crops to the government, and left the rest for their own use.  The Spartan diet consisted mainly of barley, wine, cheese, grain, and figs.

Helots were treated in a cruel fashion but served important tasks for Spartan society.

Spartan boys from the age of seven left home and were trained to be warriors.  They were taught how to read and write, but education was mainly a harsh physical competition.  Boys were even encouraged to learn how to steal food, only being punished if they were caught.

Teenagers might become members of a special secret police in place to control helots.  At twenty, a Spartan male became a soldier, staying as one until sixty years old.  Men then became leaders of the city, with thirty elders including two kings serving as lawmakers.

Spartan girls also went to school at seven and their education emphasized athletics as well as such things as singing and dancing.  Girls usually married around eighteen.

Husbands were legally in control of their wives though wives often had a lot of independence in day-to-day life since the husbands were away so much fighting wars and such.

Women could not take part in government or the military.  The military was central to Spartan life, so the inability to take part made Spartan women at best second-class citizens.

Spartan women could own property and had a reputation as being independent.

Their “bad-ass” and feminist reputation might be somewhat exaggerated, but Spartan women had privileges some Greek women did not have.

The life of helot women, who would have been the vast number of Spartans, was very harsh.

Sparta was polytheistic, believing in many gods.

Sparta was believed to be started by a son of the head of the Greek gods (Zeus).  Athens gave special respect to Athena.  Many city-states likewise had a special favorite, a patron deity.  Sparta did not have any single patron deity, favoring several of them, including Athena.

Spartans were also believed to be descendants of the great Greek hero Hercules.  Later, a story arose that Spartans reached out to the Jews, now ruled by Greeks, honoring their joint heritage arising from Hercules.  They supposedly were both “of the race of Abraham.”

The film 300 tells a story of three hundred Spartan warriors and their leader, willing to fight to the death because retreat would be dishonorable. Their bravery and sacrifice remain a symbol of heroic persistence, even in the face of impossible odds.
The film, like many such historical accounts, had issues.  There is a certain truth to the militaristic culture portrayed in the film. Nonetheless, as is usually the case when comparing film with reality, Spartan society was more complex than such stereotypical fictional accounts.

If you’re looking for a brief (650 words) summary on a topic in history you’re in the right place! You can find reading passages for U.S. History and World History topics and can download a PDF...

Below is a list of global history reading passages available for download as PDFs with a Google link included (if you need a digital copy). They are in roughly chronological order starting with the...