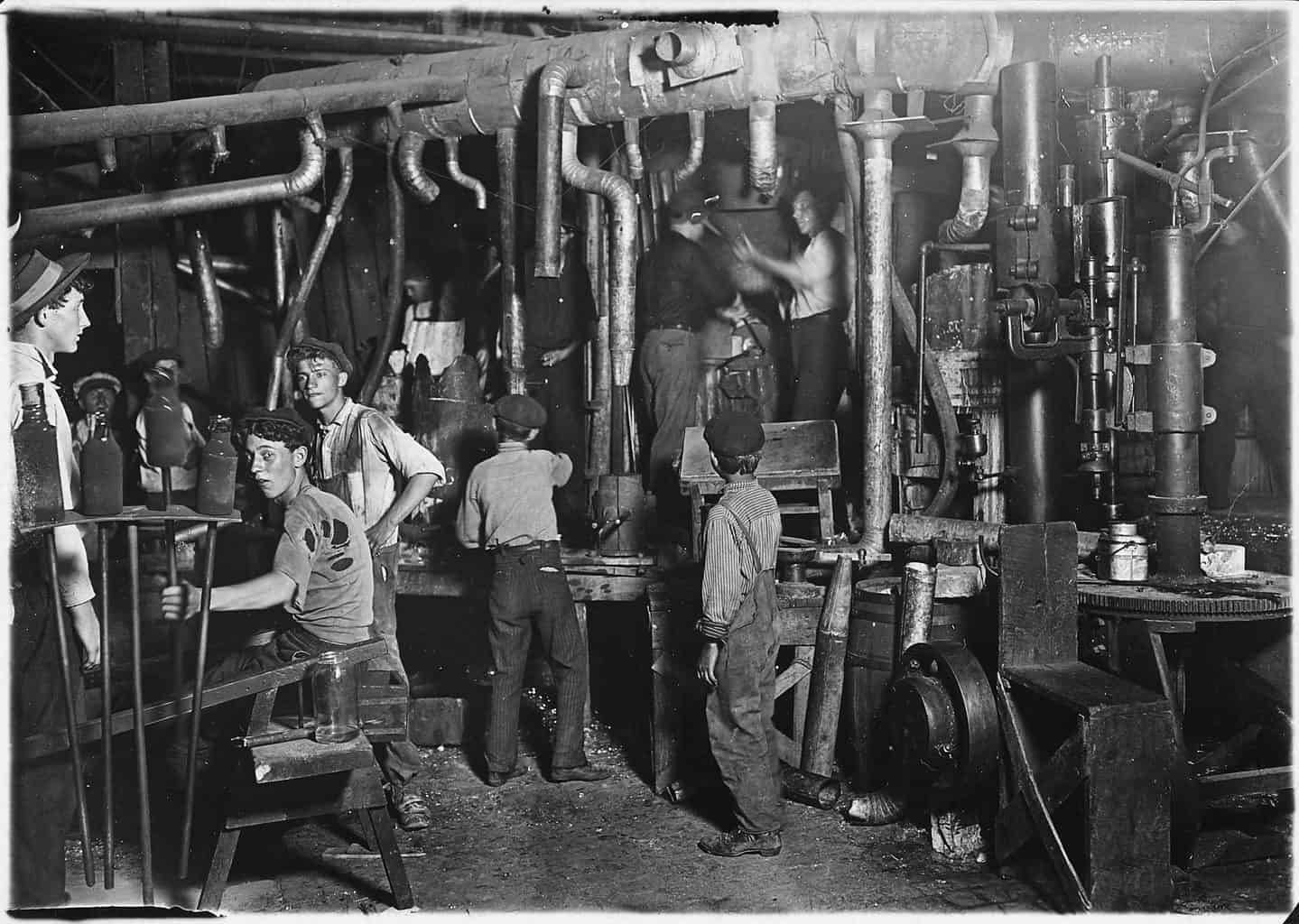 As a history teacher primary and secondary source documents are a necessary component of many lessons. Searching for these fundamental resources can send you down many rabbit holes and eat up tons of time. Teach ‘n Thrive is aiming to solve that pain point:-)

Below are several documents relating to the Industrial Revolution. There are possible questions to ask your students added and 2 writing prompts at the end.

If you want a Google Doc version of this article scroll down to the bottom of the post and click the button.

Contents show
1 INDUSTRIAL REVOLUTION DOCUMENTS
1.1 1833 Factory Act
1.2 Extract from a Factory Inspectors report – British Parliamentary Papers (1836) No 353
1.3 Flora Tristan was a 19th-century French activist and a member of the lower working class. In 1843, she wrote The Workers’ Union.
2 Writing prompts:

Edwin Chadwick presented a report to Parliament as secretary to a commission that investigated sanitary conditions and means of improving them.

. . . First, as to the extent and operation of the evils which are the subject of the inquiry: . . . That the formation of all habits of cleanliness is obstructed by defective supplies of water. That the annual loss of life from filth and bad ventilation are greater than the loss from death or wounds in any wars in which the country has been engaged in modern times. That of the 43,000 cases of widowhood, and 112,000 cases of destitute orphanage relieved from the poor’s rates in England and Wales alone, it appears that the greatest proportion of deaths of the heads of families occurred from the above specified and other removable causes; that their ages were under 45 years; that is to say, 13 years below the natural probabilities of life as shown by the experience of the whole population of Sweden. . . .

Source: Edwin Chadwick, Report on an Inquiry into the Sanitary Condition of the Labouring Population of Great Britain, W. Clowes and Sons, 1842

HOW DID EDWIN CHADWICK USE COMPARISONS TO DESCRIBE PROBLEMS IN THE FACTORY?

BASED ON THE DOCUMENT, WHAT WERE 2 PROBLEMS WITH THE LIVING CONDITIONS OF THE WORKING CLASS?

Excerpt from the Sadler Report: Thomas Bennett, a parent of child laborers, testified before Michael Sadler and his House of Commons Committee on May 18, 1832.

DESCRIBE THE WORKDAY OF A CHILD DURING THE INDUSTRIAL REVOLUTION.

In 1833 the Government passed a Factory Act to improve conditions for children working in factories. Young children were working very long hours in workplaces where conditions were often terrible. The basic act was as follows:

IDENTIFY 3 PROBLEMS OF CHILD LABOR THAT THE 1833 LAW WAS TRYING TO SOLVE.

My Lord, in the case of Taylor, Ibbotson & Co.  I took the evidence from the mouths of the boys themselves.  They stated to me that they commenced working on Friday morning, the 27th of May last, at six A.M., and that, with the exception of meal hours and one hour at midnight extra, they did not cease working till four o’clock on Saturday evening, having been two days and a night thus engaged.  Believing the case scarcely possible, I asked every boy the same questions, and from each received the same answers.  I then went into the house to look at the time book, and in the presence of one of the masters, referred to the cruelty of the case, and stated that I should certainly punish it with all the severity in my power.  Mr Rayner, the certificating surgeon of Bastile, was with me at the time.

ACCORDING TO THIS REPORT WHAT ASPECTS OF THE 1833 FACTORY ACT WERE BEING VIOLATED?

In the period following the publication of the Sadler Report in 1833, Parliament passed a number of reform acts.

A Timeline of Parliamentary Reform Acts

BASED ON THE LAWS LISTED ABOVE, HOW DID PARLIAMENT ADDRESS PROBLEMS IN THE WORKPLACE?

WHAT PROBLEMS WERE NOT ADDRESSED IN THESE LAWS?

HOW IS THIS PHOTO EVIDENCE THAT THE 1833 FACTORY ACT WAS NOT ENFORCED?

Flora Tristan was a 19th-century French activist and a member of the lower working class. In 1843, she wrote The Workers’ Union.

WHAT CHANGES DID FLORA WANT IN THE WORKPLACE FOR MEN, WOMEN AND CHILDREN?

CLICK HERE FOR A GOOGLE DOC VERSION OF THIS ARTICLE