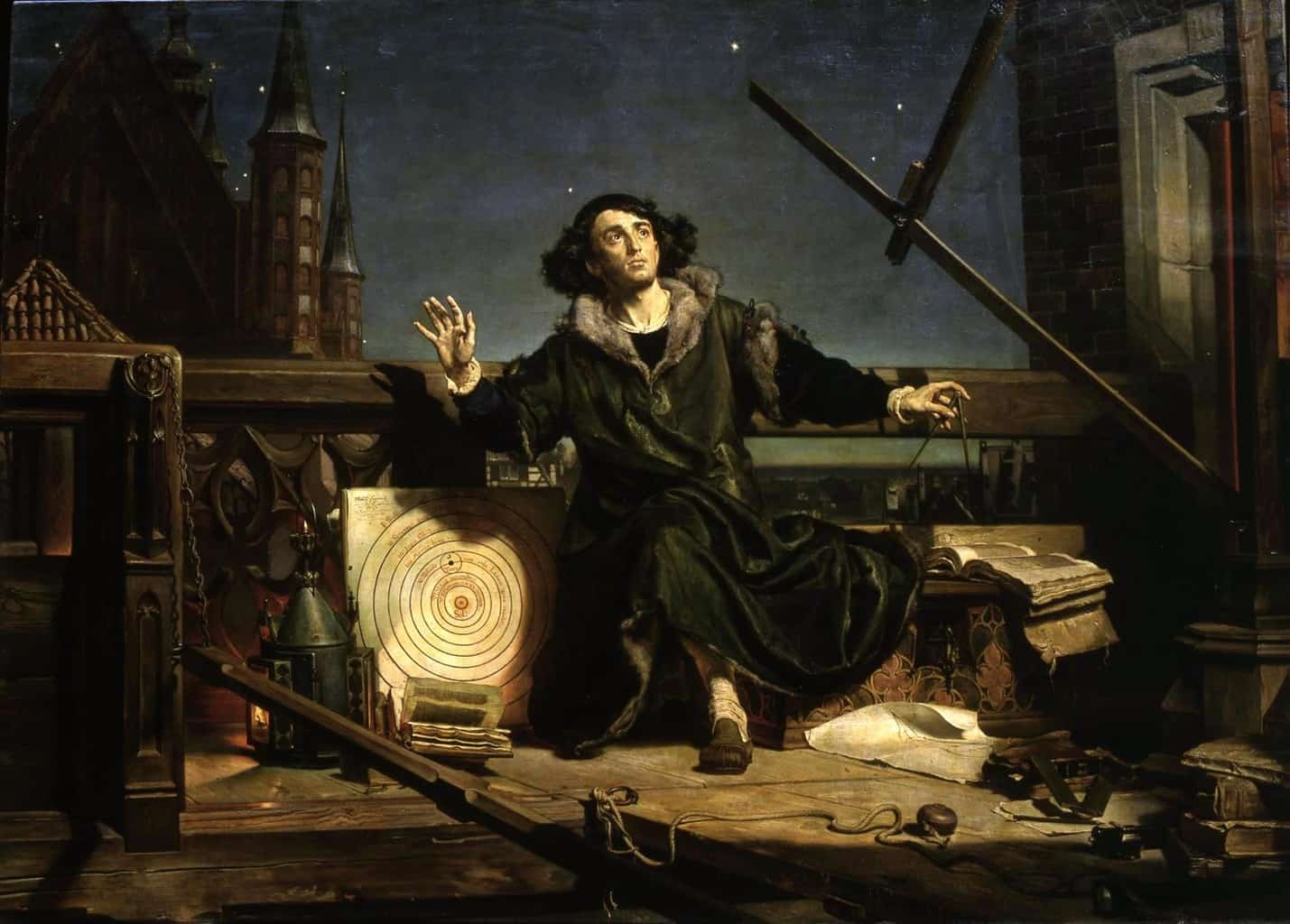 The Renaissance included changes in scientific thought, generally seen as beginning in the mid-16th Century (1500’s).  Long-held scientific understandings based on Ancient Greek and Roman learning and teachings of the church were questioned.  This provided a path to modern scientific thought and all that came from it.

The scientific method is a method of obtaining knowledge, advanced by the scientist Francis Bacon.  It is based on observation (empiricism) and experimentation to prove a theory is correct.

An alternative approach was furthered by people such as the French scientist René Descartes, who used reason to develop scientific knowledge.  For instance, he hypothesized that fundamentally he existed because he was able to reason (“I think, therefore I am”).

Science developed as a mix of both approaches, including the development of theoretical mathematics as well as more experiential methods (based on observation).

Astronomy is the study of celestial objects such as stars, while astrology is the belief such objects could help explain human affairs.  Astronomy had ancient roots and had practical uses such as for navigation of ships.  Inventions such as the sextant, a device to determine the distance between two objects, helped promote the Age of Exploration.  It also helps explain how the universe itself works.

The traditional view was that the earth was the center of the solar system (geocentric view), which seemed to be true by observation and matched biblical texts.  In the 16th Century, the astronomer Copernicus, helped with the discovery of the telescope that allowed for a more accurate study of the skies.

Before the Scientific Revolution people believed in a geocentric model of the universe. This was taught by ancient scientists as well as the Catholic Church. A new understanding was developed that used a heliocentric (sun centered) view of the solar system. Further discoveries by such scientists as Johannes Kepler and Galileo expanded on his work.  Galileo was put on trial as a heretic for speaking out against the church’s teachings that the universe revolved around the earth. At trial he faced the difficult decision to testify his beliefs and be executed or back down. He chose life, and on the witness stand retracted his earlier statements that the sun was at the center of the universe.

Isaac Newton, an English scientist, who formulated basic laws of motion and gravity. He is supposed to have created the theory of gravity after sitting under a tree and having an apple fall on his head. This led him to believe that all things made of matter will fall – whatever goes up, must come down. It also caused him to dislike apples — just kidding:)

Discoveries in astronomy were matched by those in biology and medicine, the technology providing the telescope also giving us the microscope.  This allowed a magnified view of the human body, down to the individual cells, and helped to better understand human anatomy.  William Harvey is an example; he studied the circulation of the blood. Developments in chemistry started science on the road to modern understanding of atoms and chemical reactions.

The Scientific Revolution included inventions in a range of fields, such as the development of the first mechanical clocks.  The new ways of looking at science also was applied in other ways, influencing political thought.

Political thinkers such as John Locke used scientific reasoning to explain human behavior and new ways to govern.  Ideas taken from the Scientific Revolution were expanded out to many other areas, such as government, society and economics/ Thus, the era had diverse significance, helping pave the way to the 18th Century and beyond.

How would you like a nice word puzzle to go with this reading passage? No problem, just click here.