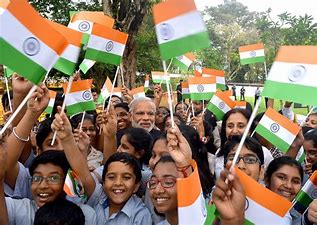 If you’re looking for a brief (650 words) summary on a topic in history you’re in the right place! You can find reading passages for U.S. History and World History topics and can download a PDF copy for yourself. There’s a Google link if you need a digital copy, too:)

Great Britain had significant control, including direct rule, over India for hundreds of years.  After World War II, British India obtained independence, partitioned (split) into India and Pakistan.  Pakistan itself soon would be split as well.

Great Britain took direct control over India after a failed rebellion in the 1850s against the British East India Company, which had significant power over the area for hundreds of years.

The Indian National Congress was  established to provide a means for the concerns of locals to be heard.  In time, it would move from limited requests for better treatment and self-government to a more nationalistic view in which many started to see independence as a reasonable view. Troubles arising from Indian nationalism was one reason the capital was shifted to Delhi (now called New Delhi) in 1912.

Mohandas Gandhi, a lawyer who suffered discrimination while in South Africa, arose as leader for independence. He developed a form of nonviolent resistance (satyagraha) to British rule. This included civil disobedience, peaceful opposition to what are argued to be unjust laws, such as the salt march in 1930 to protest British’s salt monopoly on collection of salt and a salt tax that particularly burdened the Indian poor.  He also promoted boycotts (organized refusal) of British goods, including producing and wearing homespun cloth (khadi).

Independence came in 1947, Lord Mountbatten the last British viceroy (colonial representative of the British monarch).   But, it was not of an united India.

Gandhi opposed the “two nation theory” that British India must be divided into two nations because of religious divisions between Hindus and Muslims.  But, divisions were too great to form a single nation.  Muhammad Ali Jinnah became the first leader of Pakistan, a Muslim majority nation, at first consisting of eastern and northwestern zones of British India.

Jawaharlal Nehru, an ally of Gandhi in the independence movement, became the first prime minister of India.  Gandhi himself was murdered by a Hindu nationalist shortly afterwards, being blamed for being too sympathetic to Muslims.

The partition of India did not result in lasting peace.

The partition itself led to much hardship, including refugees and religious-based violence. Also, a border dispute between India and Pakistan involving the Kashmir region led to a year-long war and conflict that continues to this day.

And, ethnic divisions arose in Pakistan, as shown when Jinnah made Urdu the official language of the country while the eastern region primarily spoke Bengali.  Political favoritism of western Pakistan and the geographical isolation of the eastern region also contributed to the conflict.

Bengali pressure for self-determination led to a harsh response and ultimately a civil war that resulted in the creation of the country of Bangladesh in 1971.

IF YOU WANT A WORD PUZZLE THAT ALIGNS WITH THIS READING CLICK HERE.