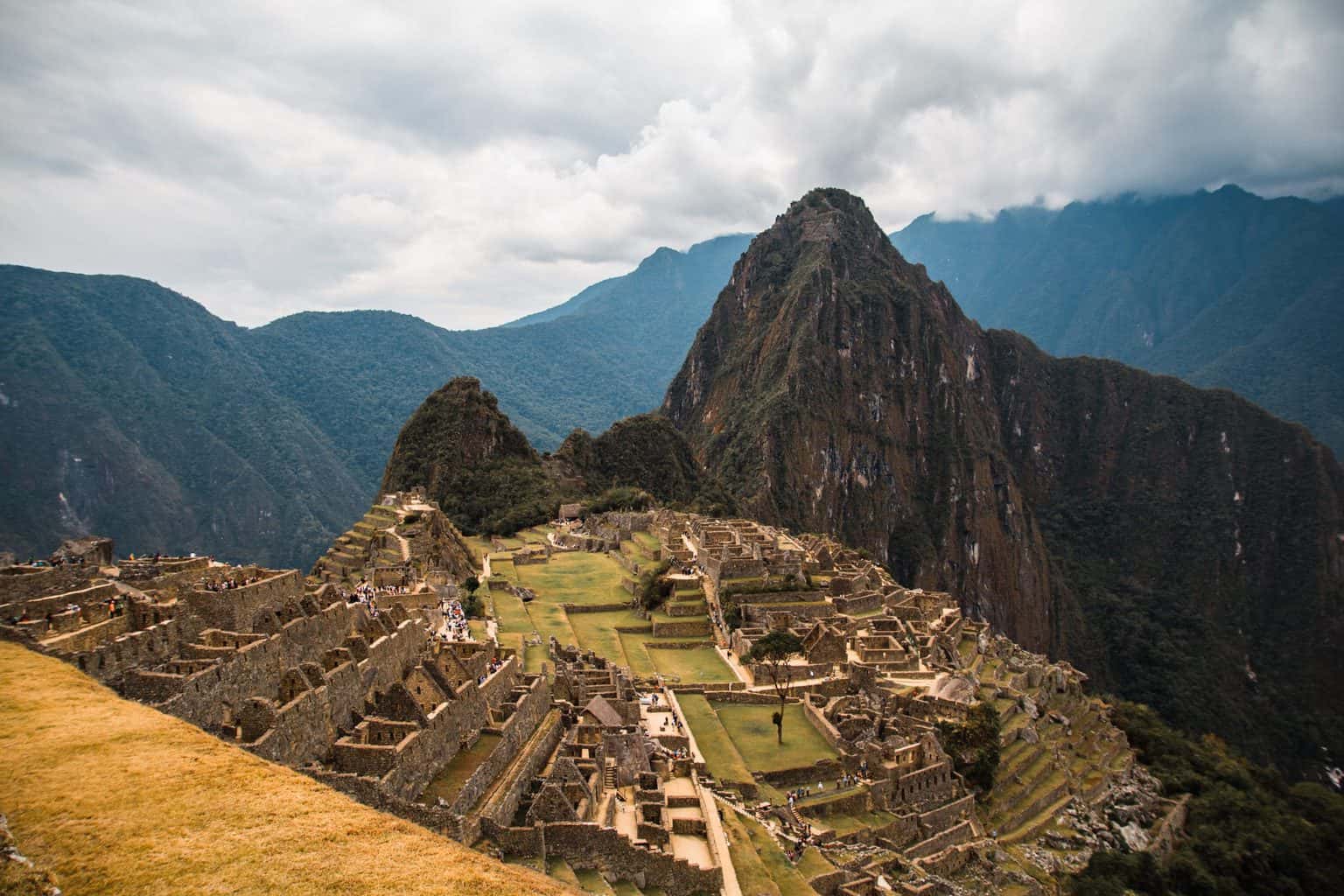 Natives Americans first arrived in the Americas over ten thousand years ago by traveling over a land bridge from Asia.  Many civilizations arose, but the three  most dominant and advanced prior to the arrival of the Europeans (or pre-Colombian, before Columbus) were the Aztecs, the Maya and the Inca.

The Aztecs and Maya civilizations arose in Mexico and Central America.  Settlement on the western coast of South America arose around 2500 BCE with multiple civilizations growing up over the years.

The Inca civilization began in Peru during the thirteenth century with Cusco (or Cuzco) becoming the central city.  Manco Cápac is labeled in Inca tradition as its founder, one story being that he was the child of the sun god and moon goddess.  The empire spread to its widest point by means of military conquest during the 15th Century (1400s). The borders of the empire ranged from northern Ecuador to central Chile with people from more than 100 different ethnic groups.

The Inca themselves referred to their empire as “Tawantinsuyu,” named after its four regions. “Inca” is a term that means “lord” or “ruling family,” a small subset of the whole population, but the Spanish adopted the name to cover everyone.

The Inca Empire would become the largest pre-European empire in the Americas with about ten million people. There was a strict social class system, led by a monarchical (king) system of government.

After the emperor (treated like a god), came priests, the nobility, public officials, craft workers (such as pottery or gold) and farmers.  Nobles and commoners each had a different type of hairstyle, each family often having their own style.   Inca morality was summarized by one Spanish observer as: “Do not steal. Do not lie. Do not be lazy.”   The Inca had no code of laws or separate judiciary.

The empire itself was divided into regions with the smallest units being family clans (ayllu), who had the responsibility to pay the taxes.  The empire had a large series of roads, but they could not be used by the common person.  Roads were  used for communication, military and commercial transportation.  Roads were often made of stone, which were also used to build housing and other buildings.

The primary language of the Inca Empire was Quechua, but it had no written language. The empire did keep careful records with use of knotted cords known as quipu, but their exact meaning was lost over time.  The Inca believed in many gods (polytheism) and built temples for them. They also believed in the afterlife, mummifying emperors when they died like was done for Egyptian pharaohs.

Geography dictates much a civilizations history. The mountainous land in the area led to the development of “terrace farming,” the cutting of steps or “terraces” into the slopes of hills and mountains to grow crops.  Irrigation was also used, but the Inca did not develop iron technology for use in farming.  Staple crops included maize, quinoa and potatoes. Llamas were used as pack animals. Incas used a calendar, crafted by studying the sun and stars, to plan their farming cycles as well as scheduling religious festivals.

The Spanish arrived in the 1500s and a large portion of the Inca population died because of smallpox brought by the Europeans. Francisco Pizarro started the Spanish conquest of the Inca empire, but the final defeat came later on in 1572.  Spanish conquerors, however, never found the mountainous “lost city” of Machu Picchu, which was built as an Inca royal estate. Disease continued to severely reduce the Inca population, but storytellers kept their culture alive.