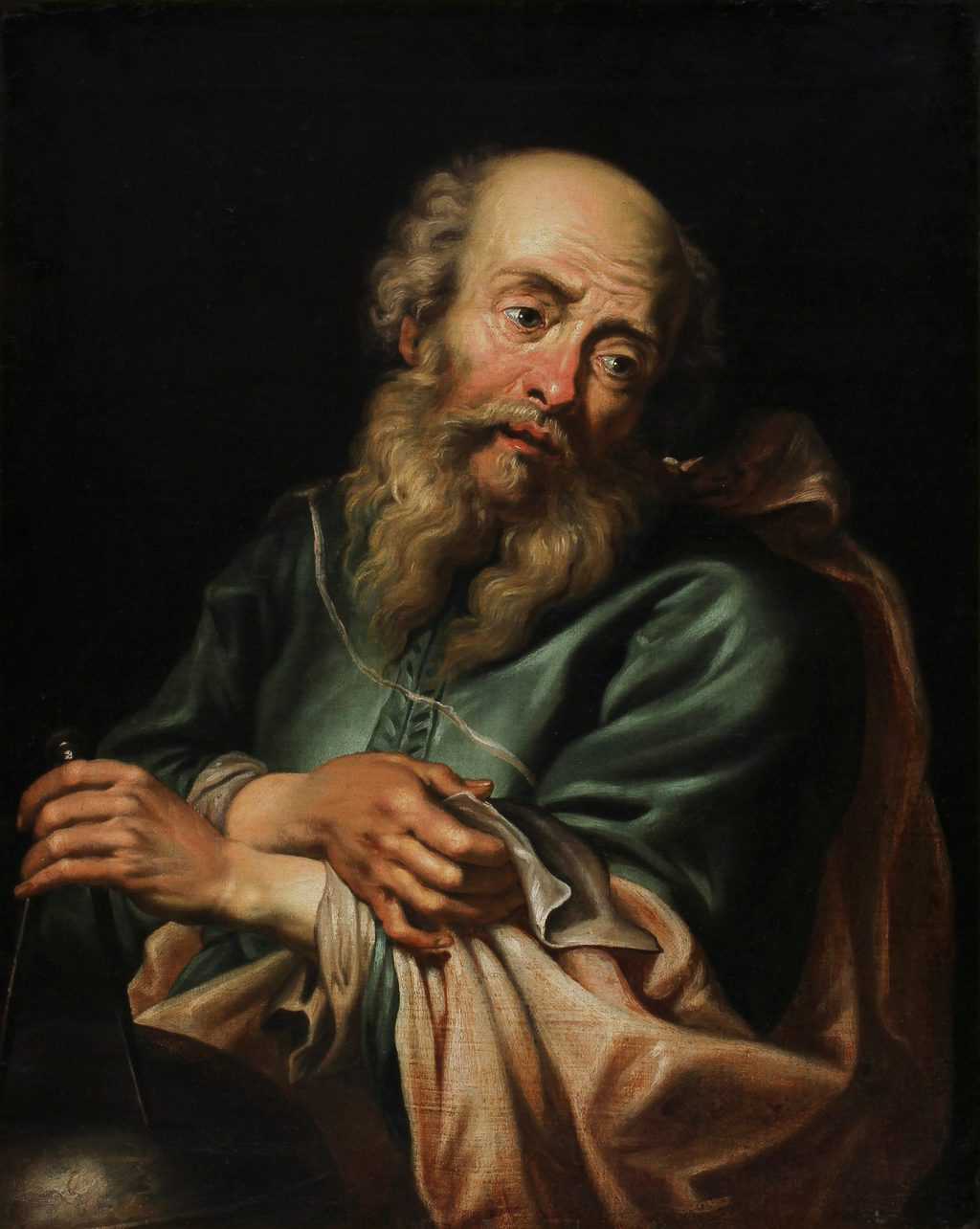 Galileo Galilei (1564-1642) was not only a scientist in Renaissance Italy, but might also be called the “father of modern science.”  Galileo’s views were controversial in his lifetime, ultimately leading to house arrest for the last decade of his life.

Galileo, or by his full name, Galileo di Vincenzo Bonaiuti de’ Galilei, was born to a composer and teacher in Pisa, Italy.  (Galileo himself preferred to go by “Galileo,” so you need not worry about remembering his whole name!) Pisa was  part of Florence, a thriving center of commerce and learning at the time.

At sixteen, he went to university to study medicine, but became fascinated with mathematics. From 1589 to 1610, Galileo was chair of mathematics at the universities of Pisa and then Padua.  He also studied astronomy, the study of space, and improved the telescope to better be able to study it.  Using his telescope, Galileo discovered various things such as the craters of the moon, a better understanding of Venus and Mars as well as the nature of sunspots. Galileo did make some bad calls; his theory about the working of tides was later found wrong.

Galileo had three children with Marina Gamba, whom he never married; his two daughters eventually becoming nuns.  His son followed the path of Galileo’s father.

While studying at the university, Galileo watched the swinging motion of a lamp in a cathedral. It would not be the first or last time a person’s mind wandered while at church. He noticed that despite how far the lamp swung, it took the same amount of time to swing back and forth. This observation did not match how the science of the day understood things.  But, this did not stop Galileo. He kept an open mind.

Galileo used what he saw (observation) to form a hypothesis (a possible answer to a question) and used an experiment to test if it was true.  This scientific method required an open mind, able to doubt even well-accepted beliefs that existed without proof or found to be wrong upon further review.  This also  required independent evidence to prove new ideas.  Other scientists used this method before Galileo, but he particularly was important for establishing its use.

The astronomer Copericus, contrary to traditional scientific thought and Catholic beliefs, argued that the earth revolved around the sun.  Galileo, after study and observations with his telescope, agreed.  But, the Catholic Church, having a lot of power at this time, deemed this against God’s law. Copernicus’ defense of his theory was put on a list of banned books.  In 1616, Galileo himself was ordered not to “hold, teach, or defend in any manner” the Copernican theory.

Galileo himself was Catholic and also did not want to cause trouble. So, he followed the order for a number of years.  In time, a friend of his became Pope Urban VIII, and encouraged Galileo in his astronomical studies as long as he did not promote Copernicus’ theory.  But, Galileo wrote a book that seemed to do just that, leading to him being called in front of the Church’s Inquisition in 1632 to defend himself.

Galileo argued he did not intentionally violate the rules but was found guilty of heresy, violating official Church doctrine.  Given his position and age (70), Galileo was treated leniently, allowed to serve a comfortable house arrest until his death.  Galileo was able to continue to write and still was greatly respected for his works.

The Church long after his death itself repented, eventually taking Copernicus’ works off the list of banned books.  In 1992, Pope John Paul II expressed regret about how the Galileo trial was handled.  But, it remains an example of the perils of not properly defending scientific freedom and how religion and science can clash.