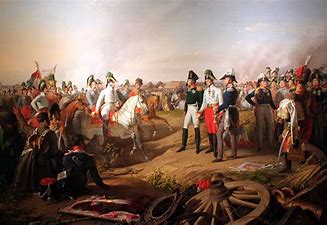 King Louis XVI of France was a young monarch when his country allied with the revolutionary cause in the United States. It was part of an extended rivalry between England and France, but it would have unexpected consequences at home.

Causes of the French Revolution

The costs of the French involvement in the American Revolution along with excess spending by the French king, combined with long-time economic problems, was a noxious trifecta.  The needs of the people at large, including basic ability to have enough food, was seen as not being properly taken care of by a wasteful aristocracy.   King Louis XVI and his wife Marie Antoinette at the royal court in Versailles were seen as privileged elites, only caring about themselves.

Bread riots, strikes and looting showed the desperation of the people.  There was a growing demand for reforms that provided a more equitable system of governmental regulation. This was also influenced by Enlightenment ideas of natural rights, division of power in government and free speech. It was also inspired by the American Revolution. After all, if the colonists could win independence from the powerful British, why couldn’t France abolish their monarchy?

France was at this time divided into three social groups (estates): first (church), second (nobles) and third (commoners).  Commoners were at times nicknamed “san culottes” or “without knee breeches,” clothing representing the elites.

The king in 1789, for the first time in centuries, called together a meeting of representatives of the estates, the Estates General, to discuss possible reforms.  The Third Estate, the largest group, united together into the “National Assembly” to demand reforms.  This was formally stated in the Tennis Court Oath, demanding constitutional reforms. A new constitution and Declaration of Rights of Man were passed, inspired by Enlightenment principles.

The great changes to French society, as seen by the establishment of the “First Republic” (1792) to replace a monarchial version (king led) of government with a republican one (government of the people), had less orderly and violent aspects.  The start of the French Revolution, for instance, is often dated on July 14, 1789 (Bastille Day), involving the storming of the Bastille, a prison holding political prisoners.  Protests often led to violence, including killing of opponents.

The king and queen themselves were eventually executed for treason. This began a period of violence and crushing of opponents (1793-4) known as the Reign of Terror.  The government was controlled by a group known as the Jacobins with a “Committee of Public Safety” to enforce its policies.  Thousands were executed by guillotine, an execution device of the time that decapitated its victims.

France also began a growing military conflict with other European powers during this period, which would only be completely over in 1815 via the Treaty of Vienna.

The conflict helped to spread French revolutionary ideas of society and government across Europe, including promoting a more secular approach in a once firmly Catholic nation.  Slavery was abolished and the rights of women were also promoted.  These changes outlasted the French Revolution itself.

After the reign of terror died down, a more moderate government (the Directory) formed.  In a few years, a successful general (Napoleon Bonaparte) grew in power and succeeded in a coup d’état (seizing power from the existing government).  This ended the revolutionary period, but its ideas would live on.

FOR A WORD PUZZLE COVERING THE FRENCH REVOLUTION CLICK HERE.