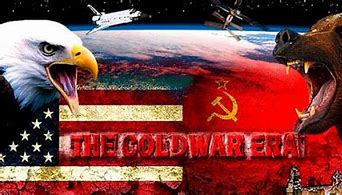 If you’re looking for a brief (650 word) summary on a topic in history you’re in the right place! You can find reading passages for U.S. History and World History topics and can download a PDF copy for yourself. If you need a digital copy there is a Google link provided as well.

This is an ongoing project, so stop back frequently and see what we’ve added. When I say “we” I mean my brother and me. I have been teaching social studies for 19 years and my brother, Joe, is a historian. Between the 2 of us, we create these reading passages.

After two world wars, world powers were loath to risk another full-fledged conflict, especially with nuclear weapons risking mass destruction.  A “cold war,” with some “hot” proxy wars mixed in, over communism would occur instead.

The United Nations, an international peacekeeping organization that unlike the League of Nations the United States joined, was formed as World War II ended. Unfortunately, hopes for world peace clashed with growing divisions between former allies.

The United States provided financial aid to help rebuild Western Europe (Marshall Plan), but the Soviet Union rejected such aid, fearing a threat to their independence.  President Truman spoke out against communism, his “Truman Doctrine” to prevent its spread applied by giving aid to Greece and Turkey.

The overall principle also led to the United States’ involvement in a civil war in Korea to resist communism, which also involved communist-controlled China.

The Soviet Union was an ally during World War II, but this was an alliance of convenience, underlying conflicts between the two sides never truly going away.  Germany itself was divided into two (East and West) as was its capital city (Berlin).

An actual physical wall (Berlin Wall) was built by East Germany to divide its portion from West Berlin, a sign of the suppression of freedoms in communist Europe and fears of the power of the West.

Two competing  “superpowers,” the United States and Soviet Union, arose with the military, political and economic means to influence world events.  Other nations, particularly China, also had significant power, but these two were key players in the Cold War.

Each had “satellites,” nations which they did not directly rule but had significant power over both politically and economically.  This included former colonies which over the years gained independence but had limited power.

Not wishing to directly clash, superpowers often used proxies — third parties — to flex their power. Proxy wars, such as Korea and Vietnam, not only were significant for the countries themselves but as superpower conflicts. A basic aim was containment, keeping the balance of power at the current status.

For instance, the Cuban Missile Crisis arose when the Soviet Union started to install missiles in Cuba.  There was also a fear that if one nation no longer was allied with a superpower, more would follow, like a series of dominoes (Domino Theory).

Each superpower built up its military, including nuclear capabilities, to safeguard its positions.  This led to an arms race, a competition for military supremacy. But, again, there was a fear of going too far. Of World War III.  So, there were also continual attempts at detente, and efforts to reduce tension.

Such efforts continued as years of economic problems and political divisions arose in Eastern Europe.  Reforms, glasnost (openness, including greater free speech) and perestroika (economic restructuring) were established in the Soviet Union under Mikhail Gorbachev in the 1980s.

The Berlin Wall was opened in 1989, Germany unified and the Soviet Union itself broke apart in 1991.  The Cold War was over.