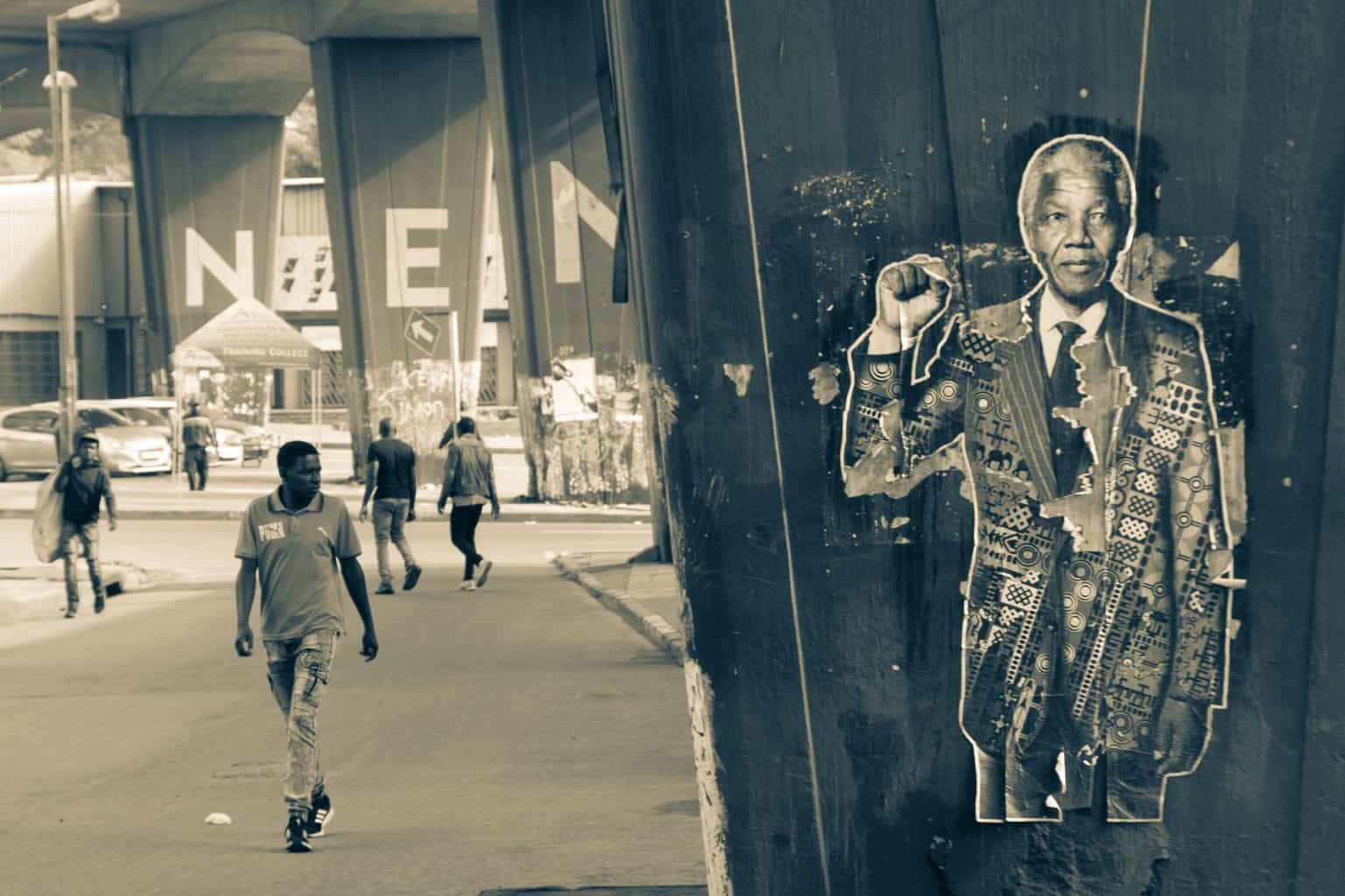 If you’re looking for a brief (650 words) summary on a topic in history you’re in the right place! You can find reading passages for U.S. History and World History topics and can download a PDF copy for yourself.

If you need a digital copy there is a Google link provided as well. 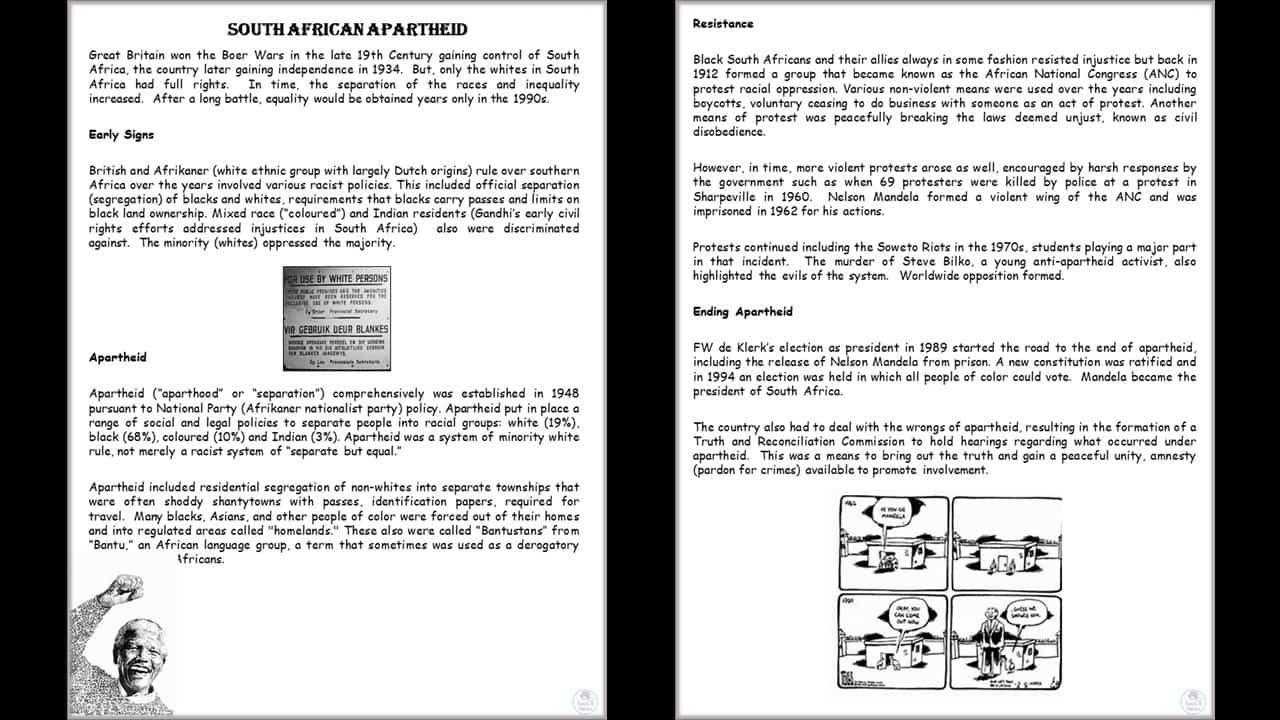 Great Britain won the Boer Wars in the late 19th Century gaining control of South Africa, the country later gaining independence in 1934.  But, only the whites in South Africa had full rights.  In time, the separation of the races and inequality increased.  After a long battle, equality would be obtained years only in the 1990s.

Apartheid (“aparthood” or “separation”) comprehensively was established in 1948 pursuant to National Party (Afrikaner nationalist party) policy. Apartheid put in place a range of social and legal policies to separate people into racial groups: white (19%), black (68%), coloured (10%) and Indian (3%). Apartheid was a system of minority white rule, not merely a racist system of “separate but equal.”

Apartheid included residential segregation of non-whites into separate townships that were often shoddy shantytowns with passes, identification papers, required for travel.  Many blacks, Asians, and other people of color were forced out of their homes and into regulated areas called “homelands.” These also were called “Bantustans” from “Bantu,” an African language group, a term that sometimes was used as a derogatory label for black Africans.

Black South Africans and their allies always in some fashion resisted injustice but back in 1912 formed a group that became known as the African National Congress (ANC) to protest racial oppression. Various non-violent means were used over the years including boycotts, voluntary ceasing to do business with someone as an act of protest. Another means of protest was peacefully breaking the laws deemed unjust, known as civil disobedience.

However, in time, more violent protests arose as well, encouraged by harsh responses by the government such as when 69 protesters were killed by police at a protest in Sharpeville in 1960.  Nelson Mandela formed a violent wing of the ANC and was imprisoned in 1962 for his actions.

Protests continued including the Soweto Riots in the 1970s, students playing a major part in that incident.  The murder of Steve Bilko, a young anti-apartheid activist, also highlighted the evils of the system.  Worldwide opposition formed.

FW de Klerk’s election as president in 1989 started the road to the end of apartheid, including the release of Nelson Mandela from prison. A new constitution was ratified and in 1994 an election was held in which all people of color could vote.  Mandela became the president of South Africa.

The country also had to deal with the wrongs of apartheid, resulting in the formation of a Truth and Reconciliation Commission to hold hearings regarding what occurred under apartheid.  This was a means to bring out the truth and gain a peaceful unity, amnesty (pardon for crimes) available to promote involvement.