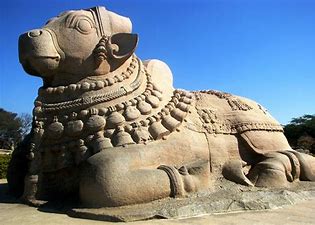 India is a large Asian country that is south of China.  India takes its name from a large Asian river, the Indus, which might mean “large body of water.”  India is a subcontinent, a large land mass that is smaller than a continent.

There are signs of civilization as far back as about 5000 BCE in fertile land around the Indus River in the northwest portion (Punjab region) of modern-day India.

As farming thrived, larger communities grew, and cities began to form.  The high point of the Indus Valley Civilization was 2500 to 2000 BCE, with many major cities, and trade with Mesopotamia.  It is believed a catastrophic event, such as a flood or drying up of a major source for farming helped the culture to decline.  The Indus Valley civilization ended around 1500 BCE.

Over time, a large group of nomadic cattle-herders, the Aryans, migrated into India from central Asia.  They took up agriculture and developed a caste system.  A caste system is a division of people into different classes, who each have different roles. The four basic castes that developed included priests (Brahmin), rulers, farmers/merchants and laborers.  In time, an “untouchable” class developed that handled jobs seen as impure and not fit for others.  They did hold an important role in society because only the untouchables handled the dead bodies and were charged with keep the funeral fire burning. The only way a person could rise to a higher caste was to be reincarnated into it as a reward for a good life.

This also was the beginning of the Vedic Period, named after The Vedas (“knowledge”), a large body of religious texts. It is written in the Sanskrit language.  The religion is now known as Hinduism, which got its name from an ancient name of the Indus River, where worshipers gathered.  Other areas, including the Ganges River, also were important worship locations.  It believes there is an order and purpose to the universe; happiness is obtained by accepting this and living by its dictates.  This is the concept of “dharma,” rightful living.

In the sixth century BCE, new religions developed, Buddhism and Jainism, which shared some beliefs.  The goal in both is nirvana, a freedom from suffering.   Also, one’s actions have consequences, the idea of karma. Jainism focused on non-violence (ahimsa).  Buddhism grew out of the teaching  of Buddha and the basic beliefs are the “four noble truths.”  It includes the belief of reincarnation, the belief that the spirit starts a new life in a new body after death.

Religious developments were a part of wider social and cultural change, including  formation of city-states and the rise of powerful kingdoms.  This also left them open to foreign attack, the Persian Empire invading in 530 BCE.  Later, Alexander the Great invaded and Greek cultural influences were added to the Persian ones.

Chandragupta Maurya then started the Mauryan Empire (322-185 BCE), which eventually extended throughout most of the Indian subcontinent.  Asoka the Great reigned at the dynasty’s height and his conversion to Buddhism helped the spread of that religion throughout the land.  The dynasty declined after his death and the country split up into various kingdoms.

The next great empire, seen as the golden age of Ancient India, was the Gupta Empire (320-550 CE).  A time of peace and posterity, many major advancements of science and arts took place.  In time, this too declined, and India was open to invasion from such forces as the Huns and in time the growing power of Muslims.