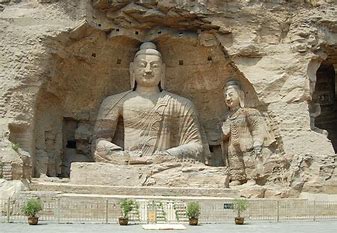 TO VIEW A DIRECTORY OF ALL OF THE GLOBAL HISTORY PASSAGES CLICK HERE.

Want a full 6 days of done-for-you lessons? Imagine having engaging, interactive activities with no prep every day, all week? What would you do with the extra time?! Print-friendly and digital versions and included. Click on the button below for more details.

As the “cradle of civilization” thrived in the Middle East, another ancient culture rose in eastern Asia.  Settlements arose around ten thousand years ago and its first dynasty arose two thousand years ago.  China has the longest continuous history of any country in the world —3,500 years of written history.

About 8000 BCE, early Chinese settlers built small villages and farms along the major rivers in the country including the Yangtze River, the longest in Asia.  Rice became the staple (main) crop with farmers also raising animals such as goats, chickens and pigs.  A center of culture was the Yellow River, the “mother river of China,” basic to farming and seen as a symbol of the Chinese spirit.  A glazed form of ceramics, porcelain, also was invented.  We call it “china.”

Chinese mythology speaks of various early emperors, including one whose wife was said to have invented silk, a fiber produced by silkworms that became a major trade item.  The Xia Dynasty (about 2070 BCE) is the first one found in written records and appears to have been a set of clans who lived around the Yellow River.  This was followed by the Shang (1600-1046 BCE) and Zhou (1045-256 BCE) dynasties.  In time, a tribal society developed into a feudal one, a class-based system where land was given in return for military support.

In 221 BCE, the imperial era began, which lasted until 1912. The country was united under rule of an emperor, the name given to the king or monarch.  This started with the short-lived Qin Dynasty, during which the Great Wall defending China’s northern border was begun. The Terracotta Army was a collection of sculptures depicting the armies of the first emperor.

The Qin Dynasty was followed by the Han Dynasty, which lasted for over four hundred years.  It was during the Hans Dynasty that the Silk Road, trade routes carrying goods such as silk to the west, developed. A centralized bureaucracy also was established based on merit.  And paper was also invented.  A form of writing, calligraphy, using a brush to form the characters was used as well.

Early Chinese societies had an animistic — based on belief in spirits — form of religion.  They also had a form of ancestor worship. In time, “three ways,” major philosophies developed — Taoism, Confucianism and Buddhism.

Taoism was founded during the Zhou Dynasty by Lao-Tzu. Lao-Tzu wrote down his beliefs and philosophy in a book called the Tao Te Ching.  Taoism emphasizes living in harmony with the proper path (“Tao”).  This includes having the proper balance of opposite forces, “the ying” and “the yang.”  This principle influenced the medical practice of acupuncture, a form of healing using needles under the skin, concerned with the appropriate balance of the human body.

Confucius was a politician whose followers developed a philosophy of how to live a moral life.  Confucianism is concerned with morality and honor. Family and organized government were important, and it became the official philosophy of the imperial government. The mandate of heaven was a political and religious teaching honoring the authority of the emperor.  Sun Tzu, a major Chinese military strategist, author of The Art of War (military tactics) lived at this time as well.

Buddhism first developed in India, eventually spreading to China. Based on the teaching of Buddha, it focuses on the rightful path of life that would lead to true happiness (nirvana).  All acts have consequences, so good and bad things you do will have consequences in the long run (karma).