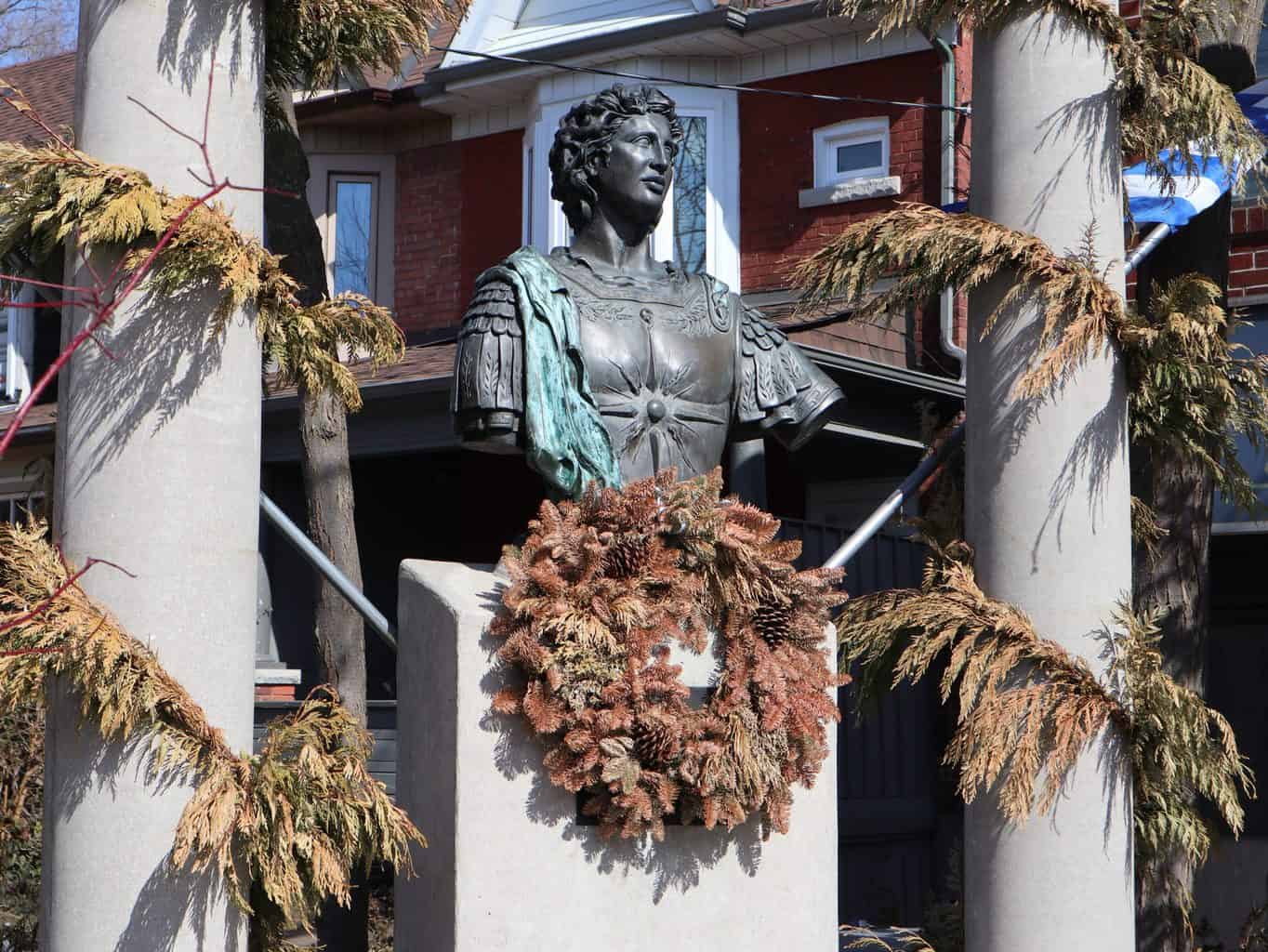 Alexander the Great (356 BCE – 323 BCE) was an empire builder from Macedonia, which was a region in Northern Greece. Alexander’s importance means there are many sources of information allowing us to learn many personal details, including his appearance and eating habits.  Alexander had three wives, including the supposed love of his wife, and two more he married purely for political reasons.  The evidence suggests he only had one child.

The Exploits of Alexander the Great

The Classical Period (480 BCE – 323 BCE) was the height of Ancient Greek civilization.  The period ended with the great exploits of Alexander the Great, from the northern Greek region of Macedonia.  Alex’s death brought on the Hellenistic Period (323 BCE – 31 BCE).

The First Book of Maccabees, found in some bibles, starts with a pretty good summary:

Alexander was Philip’s son, a Macedonian. After Alexander became king of Greece, he defeated King Darius, who ruled the Persians and the Medes. By doing so, Alexander greatly enlarged his realm. He successfully fought many battles, conquered fortresses, and put to death many kings. He advanced to the very ends of the known earth, plundering nation after nation. Finally, his battles reached an end, and he was widely recognized as supreme king, which made him proud. He built a very strong army and ruled countries, nations, and princes; and they all owed allegiance to him.

Alexander the Great is so memorable that when two tribal leaders were given honorary English names in the 17th Century, they were named King Philip (Alex’s dad) and King Alexander.

Alexander was born in Pella, Macedonia, in 356 BCE. to King Philip II and Queen Olympias.  Alex’s importance is suggested by the fact he was taught by the great Greek teacher and philosopher Aristotle.  Pretty good teenage tutor.  Alex became leader of Macedonia at 20.

There are various remaining depictions of Alexander the Great and other people from his time period in art, sculpture, and various writings.  Such things are imperfect.  It is not like we have a painting that is a result of him sitting for an official portrait.  None survived, though we might have an original sculpture, which portrays his head, dated from his lifetime.

All of these things are helpful to determine a rough idea of what Alexander might have looked like, including such things as his estimated height.  Another means used to determine the average height of a Macedonian male of Alexander’s time period is skeletal remains.

Studies put the average at 5’7” though some written accounts report him as shorter than average, closer to five foot tall.  One summary of Alexander’s appearance:

No matter his appearance, Alexander had all the makings of a leader, including charisma, bravery, strategy, a strategic mindset, and a philosophical sentiment reflecting his tutoring.

What Did Alexander the Great Eat and Drink?

A staple of the Macedonian diet and the food that might be said to have fed the army that conquered the world was grains like wheat, barley and millet, often made into bread or porridge.  They could be dried, water added when necessary, and stored for a long time.

When available, meat and fish, often freshly obtained, were eaten.  More likely, things like dried dates and figs were staples.  Alexander reportedly enjoyed a form of ice cream.  Some accounts suggest he was known to drink too much wine, but clean water was hard to obtain.

Alexander had a reputation of being a “most temperate” eater, including turning down sweets.  His restrained habits also were reportedly seen in his intimate relationships.

Alexander’s sexual exploits have been subject to a lot of analysis over the years, such salacious details not only a recent concern.

There were reports, for instance, that his parents were concerned young Alexander’s reluctance to engage in intimate affairs might complicate his obtaining an heir.  Others reportedly thought this was an honorable sign of his self-control.

Alexander as a powerful man and military leader had many opportunities to have many sexual exploits.  In Greek culture, there was an acceptance of homosexual relationships, as long as the more powerful male had the dominant role.  Alexander had some male relationships of this kind.

Marriage in Ancient Greece, especially for kings, was not considered a love match.  Marriage was particularly to form alliances and assure the birth of a male heir, a monarchical system in place.  One other thing to know is that polygamy, having multiple wives, was accepted in Macedonia.

This does not mean marriages were all purely “deals” with husbands and wives having no emotional connection to each other.  For instance, the Bible has various stories of ancient kings loving their queens and/or having strong personal alliances with them.

A mix of both appears to be the case when looking at Alexander’s three wives.  We should note that “official” accounts and accounts written long after his death should not be taken as totally reliable.  A lot of legends have arisen about the exploits of ancient leaders.

Note: I am told that some people might believe Alexander married the great Egyptian queen, Cleopatra.  Cleopatra lived hundreds of years after Alexander, who died in 31 BCE.  “Cleopatra” is also the name of Alexander’s sister. Siblings sometimes married in Ancient Egyptian royalty, but Alexander and his sister Cleopatra did not marry.  Just to clarify that to avoid some confusion.

Bactria was an ancient region in Central Asia, which covered much of modern-day Afghanistan.  Alexander arrived there during his military exploits, victory helped by marrying the daughter (perhaps in her teens at time) of a local governor in 327 BCE.

The daughter was named Roxanne [various spellings].  Now, lest I be deemed too cynical here, reports are that Roxanne was a great beauty and that Alexander fell in love at first sight also being charmed by her wisdom.  Her Afghan name was Roshanak, meaning “little star.”

Alexander’s generals did not want him to marry a foreigner.  But, he was the boss.  The ancient wedding ceremony of the region involved breaking bread together.  A loaf of bread was split with a sword and given to the bride and bridegroom to taste it.

Roxanne spent some time with Alexander in his military travels, which is notable since a royal wife would usually just be set up in a palace.  Her beauty, wisdom, and basic survival in the perilous world she persevered through for over twenty-five years all make her stand out.

We still know little about Roxanne, ancient writers focused on Alexander instead.  So, for instance, we really do not know if she truly loved Alexander.  Many people over the years have tried to fill in the blanks, but not having her diary on hand or something, I will remain agnostic.

Roxanne later had the one official child of Alexander though his assumed heir was only born after Alexander himself died in 323.  The child would be (briefly) known as “Alexander IV.”

Plutarch, a Greek historian who wrote in the first century, reported that Alexander also had a son (Heracles) with a Greek and Persian noblewoman by the name of Barsine.  But, the story is greatly disputed, even if Plutarch spins a charming story.

So, taking the evidence we have, it looks like Alexander’s only child is the one he had with Roxanne.  It is possible he had other illegitimate children, but that is merely conjecture.

There was some opposition among his officers (90 marriages took place), but fair is fair, since Alexander himself married two women, too.  Stateira and Parysatis, cousins and both daughters of Persian kings, married Alexander on the same day.

These were merely political marriages.  It doesn’t look like Alexander saw the two after their wedding much at all unlike Roxanne, who played a more active role in his life.

After Alexander the Great died, Roxanne feared the two might be her rivals, including a possibility of talk of another child.  The accounts we have available are not in agreement, but it looks like she had at least Stateira assassinated, and quite likely Parysatis as well.

Death of Alexander and Roxanne

Historians debate on how he died, citing natural causes such as malaria as well as poisoning.  At any rate, he died as leader of a large empire without an heir.

The result was a battle for supremacy with the empire breaking up into different parts.

What about Roxanne and Alexander’s child?  Young Alex was only born after Alexander the Great’s death, so would not be able to rule for quite some time.

As Alexander’s generals fought, Roxanne and her child found safety with Olympias, Alexander the Great’s mother.

Roxanne actively tried to retain power for herself and her son.  She, however, found that those who live by the sword (killing her rivals) often die by the sword.  Roxanne, Olympias, and young Alexander all were assassinated in 310 BCE as part of the struggle to divide the empire.