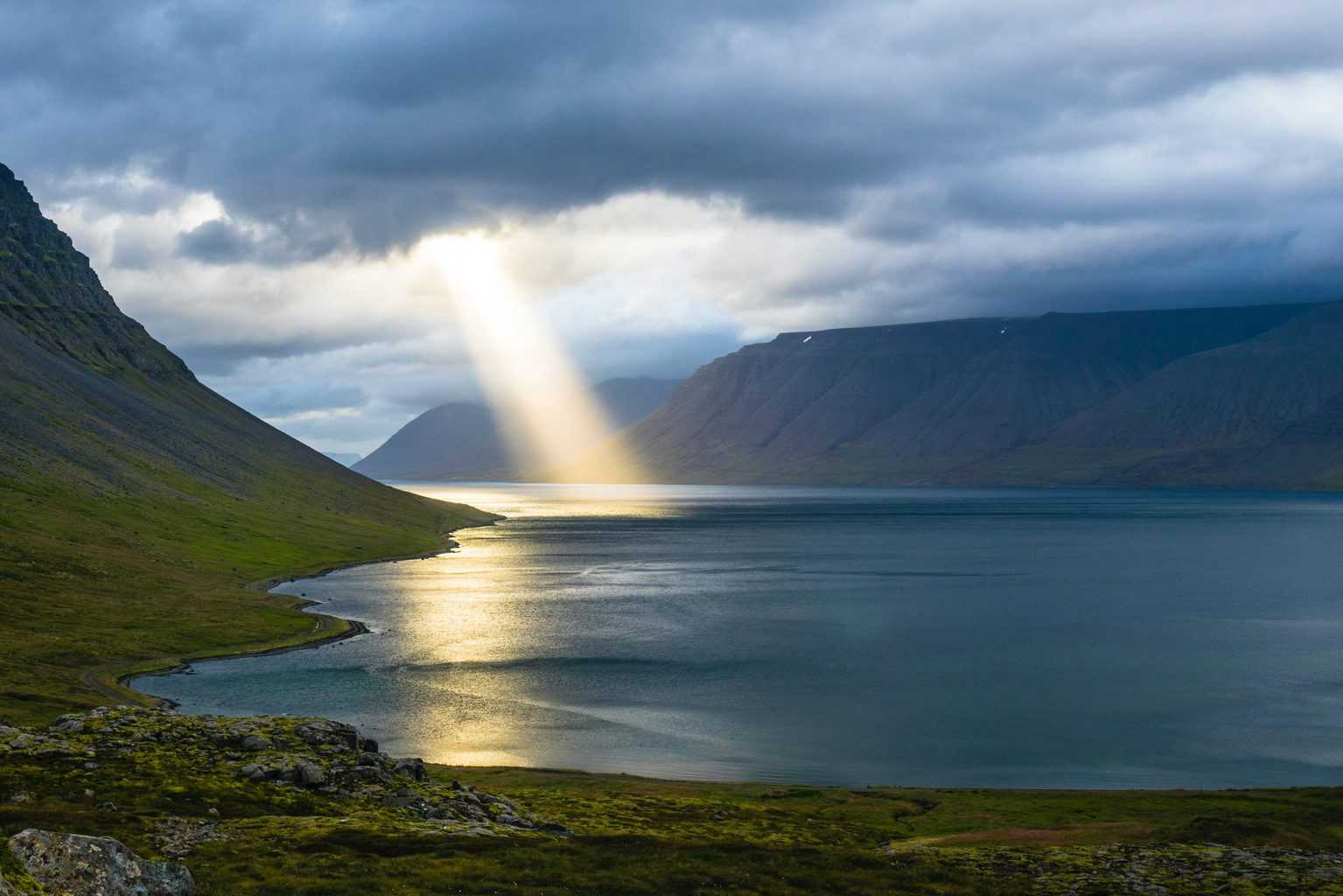 Humans have always had a need to explain the origins of important things. These stories are often not meant to be taken literally; they provide a symbolic explanation of our lives.  Early human societies, such as those found in the Middle East (Mesopotamia and Egypt) and Asia (China and India) had many creation myths.  The different myths shared some details, but each culture had its own special way of viewing the world.

One means to examine ancient cultures is to study their beliefs, including their origin stories.  The Adam and Eve story in the Bible, for instance, helps us understand the beliefs of its authors and those who believe in it.

Let us do this for four ancient cultures.

Many couples have a story about how they met or when they decided to get married. These “creation stories” often improve in the telling, details being added and changed.

“Myths” are sometimes confused with “lies,” something just false or unreliable.  Creation myths are different.  One discussion framed it this way:

The ancients who lived in Mesopotamia, Egypt, China, India all were interested in where they came from. They wanted to know their origin stories and in the process to state what is important to them as a people. They did so by telling stories, often telling of a somewhat mysterious time in the past, the “days of yore,” that started it all.

“Mesopotamia” means the “land between two rivers.”  It was the land between the Tigris and Euphrates rivers in the Middle East, primarily covering modern-day Iraq. The birth of written history arose in this region, so it is a logical place to begin our creation stories discussion.

The god Enki (“Lord of the Earth”) repeatedly plays an important role in Mesopotamia’s creation stories.  Enki, to the disgust of many of the other gods, had a compassionate side.

He helped those in trouble, including those lowly humans, who surely needed a lot of help.  We still do.

Enki, also the god of wisdom, gave the Tigris and Euphrates to the humans, allowing them to have water for their needs.  Enki, according to one myth, decided the Earth needed to be organized to avoid chaos, resulting in various gods assigned to set things up.

Another myth gave his mother, Namma, the credit for the first humans.  Some less important gods had the duty of creating the earth but found the whole thing tiresome.

Namma, the mother of them all, kneaded some clay, placed it in her womb, and gave birth to the first humans.   Other myths explain the creation of humans in other ways, but the basic lesson remained.  The humans were put on earth in some way to labor for the gods.

There is also the epic creation story Enuma Elish, which tells the story of the great god Marduk.  After a lot of battles, humans were created (again with the help of a god of wisdom) from the remains of the defeated.  And, again, our job was to serve the gods:

“Ea created mankind/On whom he imposed the service of the gods, and set the gods free.”

Starting to see a theme?

The Nile River, a north-flowing major waterway in eastern Africa, provided an opening for the development of a long-lasting civilization in Egypt.  A united Egypt was formed back in 3100 BCE.

The Genesis creation story speaks of the world first being in a dark state of chaos with water covering the earth.  The Genesis creation myth arose in the Middle East, so it is not too surprising that Egyptians believed in a form of this story as well.

Egyptians disagreed on what happened next. There were three major explanations of how creation came about, each arising in different cities of Egypt.  The differences in each story likely reflected the somewhat different ways the tellers in each case experienced the world.

The Hermopolitan Creation Myth focuses on four sets of gods and goddesses, who ultimately produce a “cosmic egg.”  The result of this egg is the great sun god, who lights the world.

The Heliopolitan Creation Myth argues that Atum, the creator god, started things off, always existing in the chaos.  Atum creates other gods and brings order to the universe.

The Memphite Creation Myth has Ptah, god of metal workers and craftsmen, handle things.  But, Ptah did not craft the world as a sculptor might.  The myth states the Ptah, like the God of Genesis, was created by wishing it in his heart and speaking commands:

Humans were ultimately only a small place in the wider universe.  The sun god, however, was quite important.  The sun and an organized state of nature, including the steady rise and fall of the Nile River, were the very basis of the thriving civilization of Ancient Egypt.

China arose a long time ago, but our first written records of their creation stories came later.  But, these stories were first orally shared for a long time first.

One cosmic egg account dates from about 600 BCE.  The universe was one big chaos in the shape of an egg.  Phan Ku burst out of the egg; already a giant, he continued to grow.

Phan Ku, over a span of 18,000 years created the world, but the world was only truly complete when he died.  The soil was made from his body; humans ame from the fleas that lived in his hair.  The absence of Phan Ku left an emptiness that led to suffering being in the world.

A later form of this story was first written down in the third century.  This popular version involves Pan Gu. There are various details about how creation exactly developed, but the overall idea is the same.  For instance, one account says that Pan Gu shaped humans from clay and left them in the sun to dry.  But, we still have the egg, death of Pan Gu, and so on.

Chinese creation myths often have Taoism elements, including the concept of the “ying and the yang.”  The ying and the yang is a balance of opposites, such as hot and cold.  And, the creation stories visualized creation in this way, such as ying (earth/female) and yang (heavens/male).

“Tao” itself is a type of life force of the universe. The fact the two creation myths here suggest the whole universe was created out of a creator god symbolizes this one unity of all creation.  This is an example of how a general creation myth (the egg) can have local aspects.

India is a large Asian country that is south of China.  There are signs of civilization as far back as about 5000 BCE in land around the Indus River in the northwest portion (Punjab region) of modern-day India.  Do not confuse them with “Indians,” or Native Americans.

The primary religion that developed in Ancient India is Hindu, a religion with roots going back more than four thousand years.  Hindu is a vast collection of beliefs developed over thousands of years, with a range of creation myths.

Creation According to the Vedas

One version involves Purusha, a “primal being” of some sort whose cut-up body becomes the universe.  The exact nature of this first being is unclear, the texts often vague and symbolic.

Purusha might not be a “body” at all, but a form of spirit, symbolizing universal forces.

Hiranyagarbha (“golden womb”) is another version of creation, which is something like the “cosmic egg” of other traditions.  A sort of chaos existed and then the womb formed. The womb opened and the earth and heavens were created.

Brahman over time became the primary creator god, perhaps arising from the golden womb.  But, Brahman is also a sort of “divine stuff” or life force.  The role of a creator god is sometimes played by others such as Prajapati (which means something like “lord of creation”).

At some point, perhaps the details of creation are not important. The thing that matters is to live in a way that fits the order of the universe.  One ancient hymn tells us:

Others were not satisfied with this agnostic approach but disagreed on the exact details.

Religion in my view has deep value; it is a form of poetry.

Ancient peoples used various creation stories, often told in poetic form, to try to understand where they came from and what it all means.  The details might not be all true, but there is truth in there all the same.  The stories also provide important insights into an ancient civilization.

Click here for a Google doc copy of this article