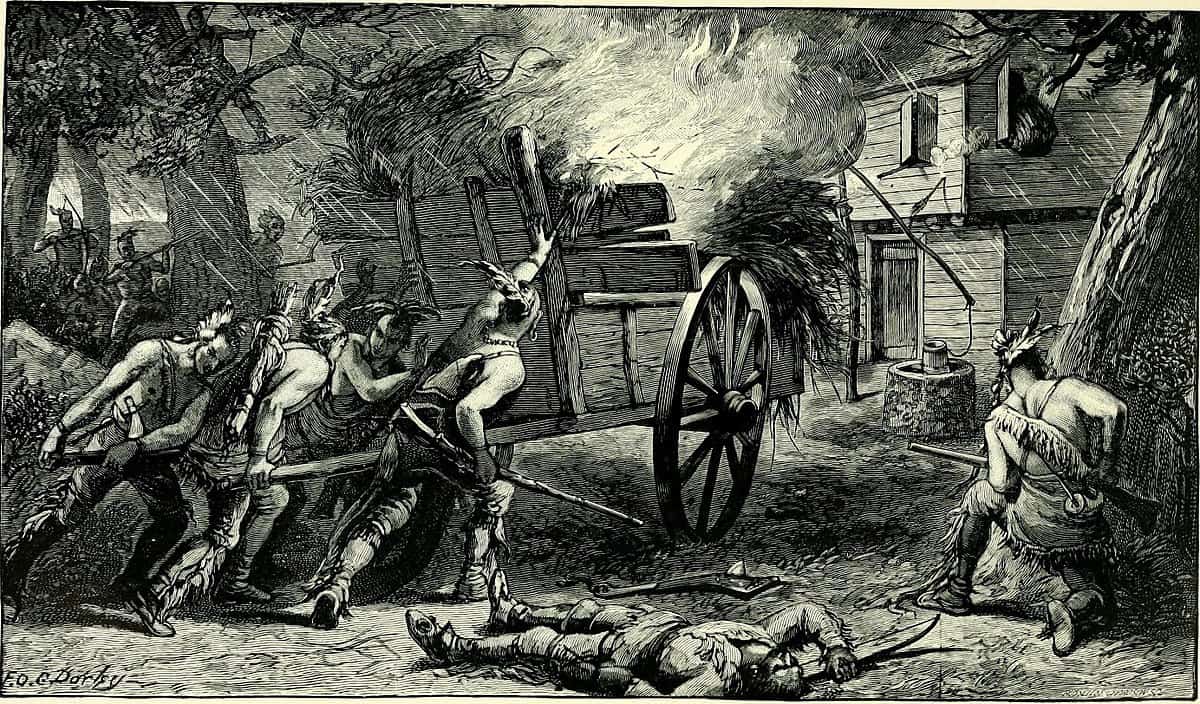 When the English first came, their King’s Father was as a great Man, and the English as a littell Child; [Massasoit] constrained other Indians from wronging the English, and gave them Corn and showed them how to plant, and was free to do them any Good

We celebrate Thanksgiving remembering the Pilgrims settling at Plymouth, Massachusetts in the 1620s. These English colonists, seeking a place to practice their religion as they saw fit, received essential help to survive in a strange new environment from local Native Americans.

The Wampanoag chief Massasoit* was an important early ally to the Pilgrims.  Massasoit negotiated with the English to maintain the peace between the two groups.

* This name actually is a title, which basically means “great leader.” Ousamequin was his personal name.  But, “Massasoit” is what he is commonly known as.

As to my use of “Native Americans,” the reader can find an explanation here.

The resident Native Americans soon found that these new settlers would cause major upheavals to their society.  The most disastrous for them was disease, killing 90% in some areas.

The English brought weapons and goods that made Native American ways seem obsolete. Also, alcoholic beverages were new to Native Americans and caused them a lot of problems.

The English had a growing demand for land and resources.

Some English colonists tried to peacefully coexist with Native Americans and treat them fairly.

Others had a more racist sentiment, mixed with misunderstanding, that Natives were merely occupying the land.  The English supposedly were destined to take over, especially since only the colonists were truly improving the land, farming and establishing permanent settlements.

The two sides also had a different view about land itself.  English colonists had a strong belief in individual property rights.  A deed or treaty could be used to obtain full control.

Native Americans had a more collective concept where the land was for the community as a whole.  Natives often misunderstood what a “sale” of land meant, putting aside the problems of dealing with land sales in a language and law they didn’t understand.

And, a major source of conflict was the English practice of letting their cattle and horses run free, which regularly harmed Native American crops.

Some converted to Christianity (known as “praying Indians”).  Christian Native Americans served as “go betweens,” a bridge between the two societies. John Sassamon, who served as an interpreter and was educated at Harvard, was one of these Natives.

But, Native Americans found the balance of power quickly shifting, no matter what they did.

Many different tribes lived in New England at this time.  The introduction of English settlement complicated an already mixed set of relationships.  The tribes competed with each other and made various alliances with the English.  And, the English clashed with tribes as well.

In the 1630s, the Pequot War broke out.  Native tribes fought on both sides, both supporting and in opposition to the English colonists.  The Narragansetts fought with the English, but afterwards were involved in a conflict with another tribe.  The Narragansett chief was accused of trying to form an alliance against the English.  This reflected the back/forth of the time.

After the Pequot War in the 1630s, New England colonies formed a military alliance (New England Confederation) to better protect themselves against Native attacks.  Rhode Island did not join, trying to stay neutral.  The English colonies were only weakly united at this point.

The often isolated nature of colonial settlements particularly made them insecure, while the spread into Native territories caused more conflict.

Massasoit died in 1661 and his eldest son (Wamsutta) became chief.

A common practice at the time was for Native Americans to adopt an “English name.”  Wamsutta now decided to obtain one. This shows both Wamsutta’s attempt at diplomacy and the fact peaceful engagement between both sides was still possible at this point.

Wamsutta (“King Alexander”) agreed to follow the peaceful ways of his father.

But, rumors soon arose that Wamsutta planned to fight the English.  Wamsutta was arrested on suspicion of illegal land sales, showing the importance of land disputes.  Wamsutta was released, but died of a sudden illness (no foul play seems to have occurred) before coming home.

Many Natives believed the English poisoned him.  Meanwhile, the growing Native bad feelings and distrust made the English fearful that Natives would attack them.

Distrust was growing on both sides.

Metacom (“King Philip”), Massasoit’s second son, now became leader.  He continued the peaceful ways of his father and brother, but distrusted the English.

Metacom ultimately developed a wish to form a Native American confederation to serve as a united front against the English.  Other tribes began to be open to the idea as a means to push back against the growing power of the English.

John Sassamon was an interpreter and advisor to Metacom.

Three Natives of Metacom’s tribe were arrested for murder.  A Native witness testified that he saw them do so.  An English jury, assisted by Christian Natives, found the three guilty in June 1675.  The three were quickly executed.

Metacom saw this as one more incitement by the English. Metacom denied his guilt, but also said that even if he did kill Sassamon, he would have done so openly.

The English should not have tried his tribesmen; that was basically an invasion of tribal rights.  Finally, the fact the Christian Natives were involved rankled.  Their loyalty was dubious and overall Christianity was just one more way the English were invading Native lands and culture.

One last attempt was made to keep the peace.

John Easton, the deputy governor of Rhode Island, met with Metacom.  Easton later wrote an account of the war, providing us with a summary of Metacom’s complaints:

Metacom agreed war was a last resort but put the blame for any impending warfare on the English.  The last attempt at peace failed and war soon broke out.

Metacom’s leadership and the execution of his tribal allies helped start a war that was building for some time.  But, the war was not just about Metacom, and some tribes only fully got involved when they got caught in the middle.  As before, some Natives fought on the side of the English.

Although King Philip was killed on August 12, 1676, the fighting continued in some areas until a treaty was signed in 1678.  It was a brutal war that impacted each side in many ways.