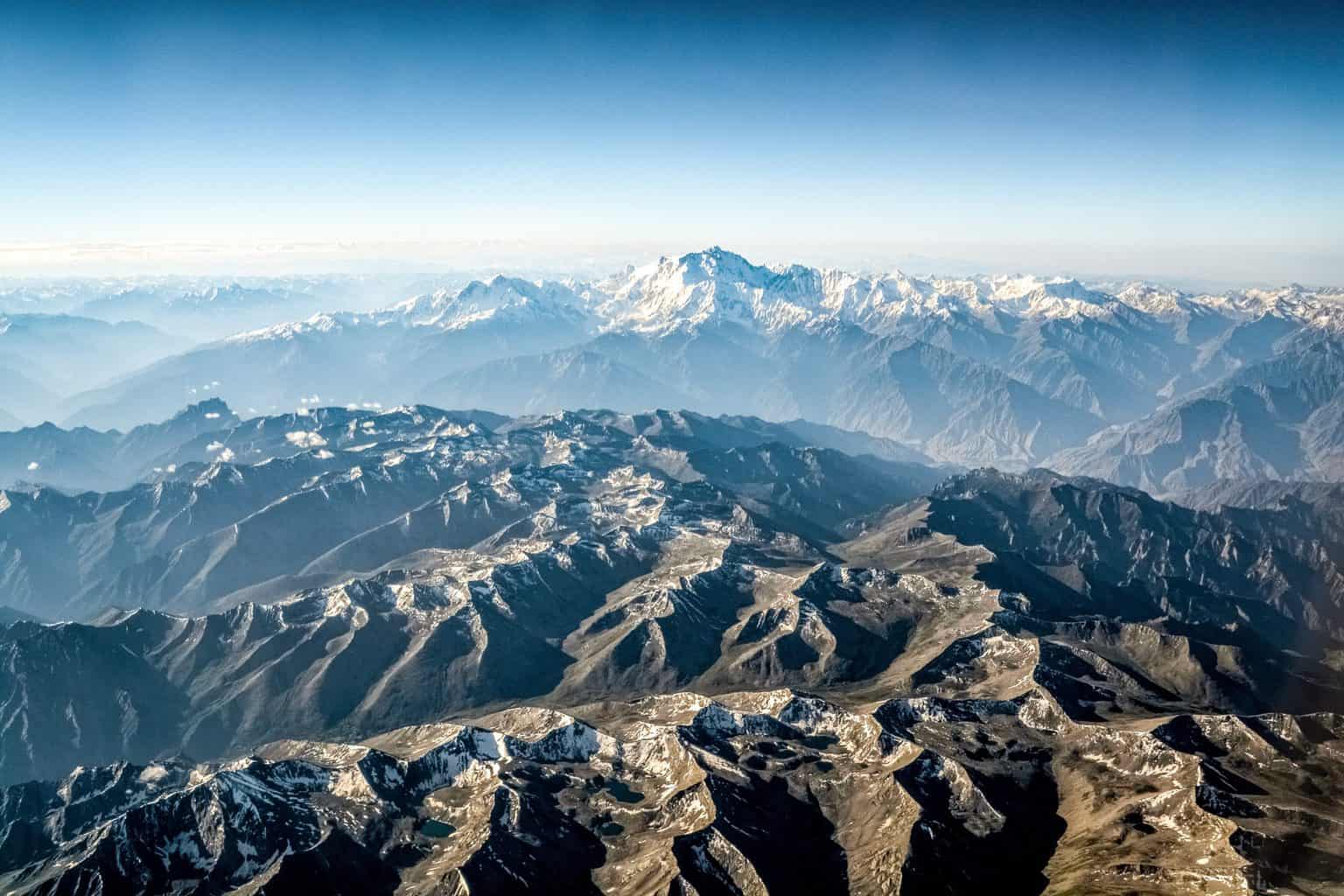 Many people think of geography and they think about maps, continents, oceans, rivers, etc.  Geography is about a whole lot more.

The National Geographical Society tells us that: “Geography is the study of places and the relationships between people and their environments.”   Why did Napoleon lose the war in Russia? Why was there slavery in the southern colonies? Why did Britain want to control India? How did the United States become such a wealthy nation? The answer to all the above is geography.  Many of the events in history can be directly attributed to geography.

When I was in college I remember another student in one of my classes commenting that geography was her favorite subject. I replied, “Eh, it’s so boring! How could you actually enjoy learning about geography?”

The meaning and importance of “geography” is right there in the word itself.

The word comes from two Greek words meaning “earth writing.”  Other words that are related would be “graphite” (used to make pencils) and “geometry” (a type of math used to “measure” the earth).   Geography quite simply means writing about the earth itself.

(We can think of “geography” in a wider sense as the study of some other heavenly body in the universe.  So, we can talk about the geography of the moon or Mars.  Or, the Planet Vulcan on Star Trek.  But, for the rest of this discussion, you can just focus on the study of the earth.)

The Ancient Greeks were a seafaring people in a land in the midst of three continents. A full understanding of their home and its place in the wider world was of particular importance to them.  Compare their situation with an average medieval farmer, who might spend all their lives within twenty miles of their birth.  The whole world might seem a bit less important.

The Ancient Greeks considered the poet Homer to be the father of geometry.  Homer is believed to be the author of two long poems about a great war involving, among other things, a big wooden horse.  Maybe, you have read him or seen the movie starring Brad Pitt.

The important thing for you to notice here is Homer’s use of geography.  It’s filled with descriptions of the world that the heroes travel, including oceans and land.  And, how those things affect the people who experience them.  This too is part of geography.

Geography covers so much ground that it needs to be broken down into various categories and themes.  The two basic categories are human and physical geography.

Physical geography involves the study of the earth itself. Think about when you get a “physical” at the doctor. Your whole body and all of its habits, blood pressure and all that, will be checked out.  Physical geography does not just deal with study of things like oceans and mountains, but also topics such as climate change.  It concerns the earth as a whole and how it ticks.

Human geography involves the study of humans (you and me) dealing with the physical world.  For instance, one summary notes: “Cultural geography is concerned with those aspects of land that shape people’s ideas about themselves, and give to their identities a characteristic expression.”  And, each part of human life has a relationship to geography.

Consider, for instance, this summary of colonial life in New England:

The geography of an area dictated the economy. The New England colonies could not sustain plantations; only small farms existed that were not viable as a foundational market. Instead New Englanders took advantage of the abundant wood to become master ship builders. Their natural harbors allowed intercontinental trade.

The National Geography Society was created in 1888 as (to quote its original bylaws) “a society for the increase and diffusion of geographical knowledge.” The organization later set forth five themes that provide a more detailed breakdown on the study of geography.

How does the location of people affect how things happen and why?  For instance, the very “birth of civilization” itself in the Middle East was a “location, location, location” moment.  It was an area ripe for an agricultural revolution was taken advantage of by our ancestors.

The second theme concerns how humans interact with their environments.  Human history is a long process of adapting to environments.  For instance, humans wear clothing to keep warm.

But, humans do more than that.  They alter the physical world to fit their needs.  For instance, Incas lived in a mountainous area.  This led to the development of terrace farming, the cutting of steps or “terraces” into the slopes of hills and mountains to grow crops.

The third theme concerns how different areas have specific characteristics that stand out.  For instance, world religions developed differently, and this can be partially explained by examining the different geography of the areas.  A religion like Judaism that arose among tribal people in a desert area would be different than one growing up around a river in India.

The fourth theme concerns the details of specific places, both the physical characteristics and the humans who live there.  Why does the South like NASCAR, football, and BBQ?

One term used here is “biome,” a community of plants and animals that have common characteristics for the environment they exist in.  Biomes are influenced by various things such as climate (weather), the types of vegetation (plants) available, types of land and other factors.

The final theme deals with the movement of people, goods, and ideas throughout the world and now into space. From the travels of early hunters and gatherers seeking food to the interconnected world-wide trade routes of today (globalization), this is a basic part of human geography.  And, as it occurs, great changes occur to the physical geography as well.

Why Is It Important?

The discussion so far provides a taste of why geography is so important.  All things, both living and nonliving are affected by their environment. The environment is just a fancy way of saying the world around us.  And, the details of that world involve the study of geography.

I will leave it to others to determine if money is the root of evil.  But, either way, the economy is still pretty important.  And, geography is a basic factor of economic life.  Some locations are ideal to grow crops.  Others have poor soil, so other means to make a living must be found.

Geography is important for the growth of culture, how people live their lives.

Geographical changes, including climate change, can lead to serious threats to survival. Various civilizations rose or fell based on geographical factors. Species die out because of them.

Physical geography is an important area of study to fully understand the nature of the earth we live on.  This is valuable in itself.  But, it is also important to help our well being.

The study of animals and plants throughout the world is useful because of their value to you and me.   If the supply of salmon suddenly decreased, why is this so?  Who is affected?

The Cause of Major World Events

The study of disease is also a matter of geography. A third of the population of Europe might have died because of the Bubonic Plague.  How did it spread?  What geographic factors were involved? What were the effects on the people and environment? How could it be stopped?

Human conflict is also often a matter of geography.  Geography was involved in the spread of colonization and the conflicts involved during decolonization.  After British India was broken in two parts, Pakistan itself divided, the geographical isolation of Bangladesh a significant factor.

World history is filled with details, both peaceful and not, about peoples interacting as a result of their environment. As much as in the days of the Ancient Greeks, in today’s interconnected world, geography is quite important in how things work.

Geography is basically the study of our life on Earth.  Geography involves both study of nature itself (physical geography) and how humans interact with it (human geography).

The study of geography concerns different locations, human interactions with them, and the movement of humans between all these places and regions.  And, geography is important in order to understand so much, including history, disease, ways we make money, and maybe even the means to obtain peace on earth.  Once we do that, we can tackle space, which is just more — you guessed it — geography!

link to How Were Ancient Indian Civilizations Influenced by Geography?

Continue Reading
link to Exploring the Geography of Ancient Mesopotamia

Mesopotamia is an ancient region that was located in parts of modern Iraq, Kuwait, Syria, and Turkey.  It was one of the world's earliest civilizations, existing from roughly 3100 BC to 539...