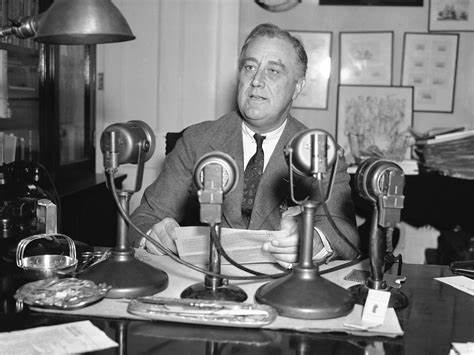 President Franklin Delano Roosevelt (FDR) was elected to deal with the Great Depression. Much to his frustration, the Supreme Court kept on blocking his attempts to do so by finding his new programs unconstitutional. Changing the Constitution would take too long. Why not try to change the membership of the Supreme Court itself? The idea: any justice over seventy either retires or a new justice would be appointed. This “court packing plan” did not work. Still, FDR “lost the battle, but won the war.”

The U.S. Constitution sets up a three part system of government: Congress passes laws, the president carries them out, and the Supreme Court determines the meaning of them.

If a law violates the Constitution, judges have the power to declare it unconstitutional.  This is the power of judicial review, and back in Marbury v. Madison (1803), it was declared that even a law passed by Congress or action by the President himself could not violate the Constitution.

This gives the courts special power and responsibility. The independence of federal judges to make such decisions is protected. They are not voted in and out like members of Congress. Their salaries cannot be decreased to put pressure on them to change their mind.

Opposition to the Supreme Court

But, judicial review also can be quite controversial. People can strongly disagree with the judges’ have decided. What if the judges are wrong? They might interfere with important policy decisions. And, unlike Congress, the people cannot simply elect new people with different ideas.

For instance, in Dred Scott v. Sandford, the Supreme Court held that Congress could not stop the spread of slavery into federal territories.  Abraham Lincoln himself strongly rejected the result, arguing it deeply wrong.  People who elected him president hoped Lincoln would pick new judges who would decide the question differently.

Starting in 1929, the United States suffered a long period of economic decline known as the Great Depression.  This was an extended period of suffering by the nation, in fact by the world, leading to great unemployment, threats to banks and industry, and many more problems.

FDR was elected president in 1932. He promised a New Deal, a series of laws to help the country to recover from the Great Depression. FDR argued that the times required new ideas to address the problems of the modern day. The Congress agreed with his ideas.

Roosevelt argued that the U.S. Constitution was flexible enough for the New Deal. But, the Supreme Court had other ideas. The court declared multiple parts of the New Deal unconstitutional. The people re-elected FDR anyway in a landslide victory.

Franklin Delanor Roosevelt strongly believed that the New Deal was both necessary and appropriate.

How should he address the problem of a Supreme Court that repeatedly rejected his policies? These policies were strongly accepted as appropriate by the American people in the election of 1936.

No Supreme Court justice retired during his first term. So, FDR could not simply hope new justices that he appointed would replace those who wrongly (in his view) overruled his policies. That’s a president’s traditional influence on the court.

What about changing the Constitution? It was done over twenty times at that point. It would take too long, including as people debated just what the amendments should say, and the necessary number of states ratified (passed) the amendments. This could take years. Meanwhile, the nation would continue to be in a crisis.

A federal judge has life tenure, the ability to stay on the bench unless removed for bad behavior (impeachment).

FDR had a way to work around this. If a justice turned seventy, they would be given a chance to retire. FDR would encourage this by supporting a bill to give retired federal judges a full pension. That’s a nice retirement plan.

That would allow Roosevelt to appoint someone supportive of the New Deal. Or, to quote FDR, younger people are more likely to understand “modern facts and circumstances under which average men have to live and work.” The current justices were denounced as “nine old men.”

What if the justice did not want to retire? Well, then the president would get to appoint a new justice to serve alongside the current members of the Supreme Court.

The president could keep on doing this if other over seventy justices refused to retire until there were fifteen members on the Supreme Court.

A few justices were regularly supportive of the New Deal, and there were multiple justices over seventy So, this would soon provide a comfortable supportive Court majority.

Opposition to the Court Packing Plan

FDR talked to the American people over the radio, then still a fairly new technology, in a series of “fireside chats.” It was a very successful way of promoting his ideas.

And, in March 1937, he used a fireside chat to defend his new plan.  You can listen to him here, following along using the transcript (text) provided there as well.  FDR argued that the plan would bring “new blood” to help speed along justice and bring in judges not behind the times.

FDR said that critics said he was trying to “pack” the Supreme Court. He denied that he wanted a bunch of “spineless puppets” that followed his every whim. But, many felt the plan would threaten the independence of the courts. Many of his own party opposed the idea.

Chief Justice Hughes, who the country trusted as a fair leader of the Supreme Court, also opposed the plan. He testified to Congress that the Court was up to date in their work. There was no need for “new blood” to speed justice along. Liberal Justice Brandeis agreed.

Was Roosevelt Defeated in His Plan?

While the reform bill (or “court packing plan”) was being debated, the Supreme Court continued to decide cases. A major case upheld a minimum wage law by a 5-4 vote, after just the previous year holding such a law unconstitutional. And, they would continue to uphold important aspects of the New Deal in a series of rulings in the next few years.

Some started to call this the “switch in time that saved nine,” since people wondered why change the Court if it supported the New Deal? Historians have shown that it is probably not true that the justice changed his vote to stop FDR’s plan, but did the exact details matter?

Also, one of the conservatives (now with a nice pension plan, thanks to a separate piece of legislation) decided to retire. In fact, by the end of his presidency, FDR would get a chance to replace seven of the nine members of the Supreme Court, including the Chief Justice.

The death of a leading supporter of the bill was basically the final nail in the coffin. The plan failed. But, since FDR got what he wanted in the long run, he didn’t really lose sleep over it.

Aftermath of the Court Reform Bill

After the fact, it appears that the court reform bill was an unnecessary bit of hubris, overreaching, on the part of FDR. It divided the Democratic Party and hurt FDR’s ability to pass additional New Deal legislation.

And, it is unclear that it was necessary to pressure the Supreme Court to change its policies. If anything, the effort helped the prestige of the Supreme Court. Its independence was seen as important and an attempt to “pack” it with “yes men” was rejected even by those who disagreed with many of its decisions. This is rather ironic, is it not?

But, if we look at things historically, we can see FDR’s plan as part of a series of responses to what was seen as overreaching by the Supreme Court. FDR and other supporters of the “court packing” were acting in the moment. They did not know the future.

Opposition to the Supreme Court would not end with the failure of court packing in 1937.  Some people would continue to argue change, including expanding the Court was needed.  This continues today.