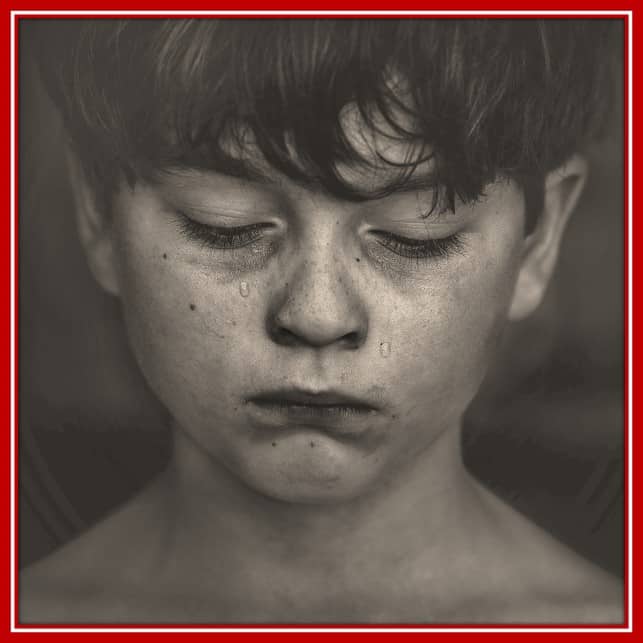 Childhood is an important part of our life story, including influencing who we become as adults in various ways. It is important to examine the childhood of public figures, including American presidents. Some presidents, including more than one Andrew, had bad childhoods. Many presidents had bad relationships with their fathers. The result of bad childhoods were varied, each president providing their own unique life stories.

The perennial debate of “nature or nurture” continues. What truly causes who we are as adults?  Is it genetics or how we’re raised?  Maybe both in various ways argue away.

Childhood is part of who we are and become.   In an extreme case, horrible childhoods are often raised as mitigating factors in criminal trials.   And, it matters in other cases, too.

The book Jefferson’s Pillow is so named because President Jefferson’s first memory as a child was being carried on a pillow by a slave.  Later, he grew up in a slave society, clearly influencing his views on race and slavery.  Jefferson still had many doubts about the institution.

Andrew Jackson’s memory of being struck by a British officer as a child is believed by many to have influenced his later hatred of the British.

And, Bill Clinton’s fractured childhood upbringing is argued to have influenced his desire to avoid conflict.

What about those with bad childhoods?  An example of the possible depth of this subject, I came upon this doctoral dissertation, over two hundred pages, focused on only the aspects of religious education in childhood trauma.  Let us aim our sights a tad bit lower.  We will look at a few presidents that rose above bad childhoods.  We’ll also see how it affected them along the way.

The first six presidents overall had privileged upbringings.  John Adams was more what we might deem middle class, but still his mother was from an elite family, his father a minister and member of the government.

Andrew Jackson was the first true commoner, not surprisingly becoming the face of Western populism and “Jacksonian democracy.”

Andrew Jackson was the child of Irish immigrants.  His father died before Andrew was born.  During the Revolutionary War, two of his brothers died (one from heat exhaustion, one from ill effects suffered during his captivity) during military service.

ON A LIGHTER NOTE, WHO WERE AMERICA’S FUNNIEST PRESIDENTS? FIND OUT HERE.

Andrew himself barely survived captivity, contracting smallpox and nearly starving.  He was thirteen years old at this time.

Andrew famously was struck by a British officer’s sword, leaving scars on his left hand and head, for refusing to polish the officer’s boots.  If that was not bad enough, his mother died while nursing prisoners of war shortly afterward.

His hatred of the British lingered on all his life.  Jackson would have a chance for revenge when fighting the British in the War of 1812.

Jackson’s short fuse and sense of honor was established at an early age.  He was on his own at an early age, not getting along with his extended family. Jackson spent his teenage years gambling, fighting, and generally being a delinquent.

But, he had the drive, ability, and brains to get ahead.  By age twenty, Andrew would be a member of the bar, a lawyer.

The Civil War was in its fourth year.  The bloody conflict did not look like it would be over any time soon.  Lincoln himself feared that he would lose re-election.

Showing us that “ticket balancing” is nothing new, when Lincoln ran for reelection in 1864, a new running mate was chosen.

The pro-Union Southerner Andrew Johnson would be on the “National Union Party” ticket. Andrew Johnson has not been judged well by history given his actions as president.  Johnson looked a lot more promising in 1864, including as an American success story.

Abraham Lincoln now is seen as a classic poor boy made good.  Lincoln’s beloved mother died young, though he had a close relationship with his stepmother (“she proved to be a good and kind mother”).

Lincoln had a much more strained relationship with his father, who Abraham thought mistreated him.  Also, Abraham hated the hard life associated with farming, dreaming of a better life.  The two probably simply had different views of what life should be like.

Lincoln – as a slew of books and movies will tell you – eventually did make good.  His childhood instilled in him a hatred of slavery and an ideal of giving everyone a chance to rise above their origins.

Being born in Kentucky, Lincoln had some of the racist views of the day.  Nonetheless, Lincoln believed all people, white and black, had a basic right to make a better life for themselves.

Andrew Johnson was born in North Carolina.  His father died when he was three years old.  His childhood was a life of poverty, his mother a washerwoman, though fairly typical of many in his day.

Andrew’s mother eventually apprenticed him at a young age with a local tailor.  This was a way for poor people of that day to enable their children to learn a skill.  President Milliard Fillmore, for instance, as a child was apprenticed to a cloth maker.

But, it was one step above slavery, and helped Andrew Johnson to have a life long hatred of the rich and powerful, including slave owners.

Some Republicans actually had high hopes he would be tough on the South after the Civil War.  But, Johnson retained his racist beliefs and opposition to the national power that was required to protect civil rights during the Reconstruction.

Too poor for school, Andrew was taught some basics of reading and writing at this time.  This instilled him a love for learning, and perhaps added to his discontent, obligated to serve the tailor until turning twenty-one.

Education was very important to both Lincoln and Johnson, Johnson later getting help from his wife to improve his math skills and writing.

Andrew ran away, moved to Tennessee, and earned money as a tailor.  He married the daughter of a local shoemaker and eventually became a successful public figure.  Like the other Andrew, Johnson retained a strong pride and inability to look past his prejudices that would cause problems.  And, both rose from lowly origins to become presidents of the United States.

The Civil War hero (at least if you were a Union supporter) U.S. Grant became president after Johnson’s tainted tenure.  And, then we had a bunch of forgettable presidents until the 20th Century.

One, James Garfield, is most remembered as one of the multiple assassinated 19th Century presidents, in power only for a few months.  He also had a bad childhood.

James Garfield’s father was a wrestler and died when James was two years old.  The youngest of five children, James grew up in poverty.  Sometimes, poverty is glorified, since it supposedly adds character.

Garfield was unsure about that, later saying, “Let us never praise poverty for the child at least.”  Garfield was mocked as a child for being fatherless and poor, becoming sensitive to criticism.  I am starting to see a trend among all of these future presidents.

Things did not go too well when his mother (James was her favorite) remarried; the marriage ended in an ugly divorce.  He found solace in reading though only was able to get a good education at age seventeen, after illness forced James home from his work on a canal boat.

Education turned out to be his road to success, later becoming a lawyer, general during the Civil War, and then a life in politics.  His rise from poverty to the presidency might be called a “Horatio Alger” story, and Alger actually wrote Garfield’s presidential campaign biography.

Gerald Ford’s biological father was Leslie Lynch King Sr.  There is a reason we did not have a President King.  Leslie was an abusive alcoholic, who Gerald’s mother soon divorced.

Leslie at first refused and/or was unable to pay child support and alimony.  Gerald barely knew his birth father as a child.  Gerald took the name of his mother’s second husband, Gerald Rudolf Ford.

Bill Clinton also took the last name of his mother’s second husband.  Clinton’s father died in a car accident before Bill was born. But, Roger Clinton (who also was the namesake of Bill Clinton’s half-brother) was an alcoholic, and abusive to his wife and child.

Barack Obama’s conflicted relationship with his father is discussed in an autobiography entitled Dreams From My Father.  Obama’s parents (Kenyan father, white American mother) met in college, he was born in Hawaii, and divorced when Obama was still a toddler.

Obama’s father returned to Kenya, and only visited him once before dying in a car accident.  Obama’s feelings about race, fatherhood, and other issues were influenced by his father in various ways.

Donald Trump grew up well off financially, but his character (or lack thereof) might well be explained by his upbringing.  Mary Trump, his niece and a psychologist, in Too Much and Never Enough draws a picture of an emotionally absent mother and a psychologically abusive father.

Trump’s childhood might not be “bad” in the same way as some other presidents, who had to deal with poverty as well as family trauma.  But, it helped make Trump the man he has become.

We Are the Sum of Our Past

Bad childhoods lead to various results in adulthood.  Sometimes, people with bad childhoods are able to reach the height of their professions, the proverbial “rags to riches.”

As James Garfield said about poverty, the sufferings of bad childhoods make them nothing to be happy about.  This does not lead to any one specific path, though in each case their childhoods likely influenced who they became and how they acted as president.

President Clinton talked about his childhood in the midst of controversy over his affairs.  Clinton said he had a tough childhood, but it did not justify his actions as an adult.  It very well might have affected them.  It is up to us to live our lives the best we can all the same.

CLICK HERE FOR A PDF COPY OF THIS ARTICLE