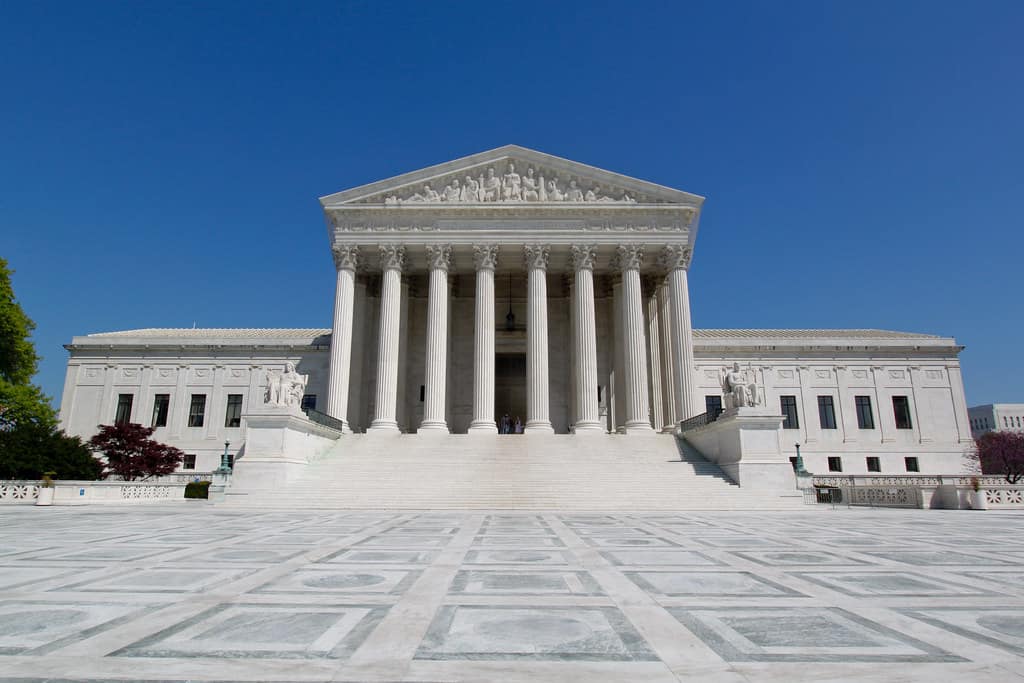 The Constitution divides the federal government into three branches: to make laws (Congress), to carry out the laws (executive/President) and to interpret the laws (Supreme Court).  Let us look at the third, the details spelled out in Article III.

The Constitution contains certain job requirements to be a President, Vice President or a member of Congress. There are no rules set forth about federal judges, including members of the Supreme Court.  There are rules to protect the ability of judges to make decisions freely.  Judges have life tenure, serving during “good behavior,” only removable by impeachment. They also are to be paid and  their pay cannot be reduced, salaries historically a means used to control judges.

There are various possible ways to pick judges, states in some cases having elections or special groups to pick them.  Federal judges are nominated by the President and the Senate has the power to confirm them (advice and consent).  Judges are chosen for a variety of reasons, including talent, but this method of selection does mean it matters who is in power. A Democratic President, for example, will likely pick different types of judges than Republicans.

The Constitution says judging should be done by the Supreme Court and lower courts (“inferior”) that Congress might establish.  The day-to-day actions of lower courts is often the most important for the average person involved in the judicial system.  For instance, if a person is arrested, they go in front of an ordinary judge, who can decide such things as letting them out on bail or finding them not guilty.

Congress has established a range of courts that have different functions, but also a basic three level federal court system. The lowest courts are the district courts, which handle trials and other first steps in the litigation process.  The next level is the courts of appeal, which oversee the district court judges, making sure their decisions are correct.  These are multi-member courts and decide by majority rule.

And, then the Supreme Court oversees the courts of appeals, including settling disagreements they have on matters of law. The Supreme Court also has various other jobs, such as settling disputes among states.  The Supreme Court currently has nine judges, called justices, but that number is not fixed by the Constitution. The Chief Justice also has the job to preside in presidential impeachment trials.

A person cannot simply go to court because they think something is unfair such as a friend being arrested or opposition to a law.  There has to be a specific “case or controversy” for which the person involved has a personal interest under the rules in place.  So, perhaps a person argues that they were convicted without a fair trial.

Judging involves two basic things: parties to a dispute (such as states, the federal government, people from different states) and types of disputes (such as interpreting a federal law or constitutional dispute).  So, the case titled Brown v. Board of Education involved a student suing (“v” for “versus”) the Board of Education. The controversy being the constititionality of use of racial segregation.

Judges have the responsibility to interpret that law and if a law violates the Constitution, they have the power to declare it unconstitutional.  This is the power of judicial review, and back in Marbury v. Madison (1803), it was declared that even a law passed by Congress or action by the President himself could not violate the Constitution.  This gives the courts special power and responsibility.