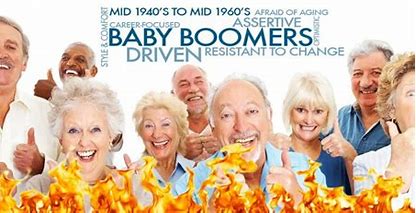 After the struggles of the Great Depression and World War II, many in the United States were ready for life to go back to normal.  It got some of that along with post-war prosperity, but also new pressures and battles for change.

The postwar years, especially with much of the world still recovering from World War II, were prosperous ones for the  United States.  This was reflected in part by an increase in births, known as the baby boom.  Many were helped by government assistance, including the G.I. Bill, that helped veterans do such things as go to college.  There was also a great move to the suburbs from the cities, helped in part by the development of an interstate highway system.

The people enjoyed new consumer items, including the new medium of television with various shows including Leave It To Beaver and I Love Lucy.  The shows often provide a stereotypical view of life that seemed to some as conservative as the black and white they were taped on. But, there were some signs of resistance, including the “Beat Generation” (Beatniks), young people who challenged social norms.  Also, rock and roll (including Elvis Pressley)  and other cultural signs were present suggesting that people were open to a different path.

European powers such as the United Kingdom and France burdened by war, two “superpowers” developed, the United States and the Soviet Union. A full-fledged conflict, especially with nuclear weapons, too dangerous, the struggle was more low temperature.  A Cold War developed, a decades long battle both “hot” and “cold.”

A plan to divide Korea in two (North Korea with a communist government, South Korea with a capitalist one supporting the United States) broke down when North Korea invaded the South in June, 1950.  President Truman saw this not as only a threat to an ally but a dangerous spread of communism overall.  This resulted in the Korean War, which basically ended in a draw three years later.

The two superpowers obtained new leadership in 1953, Dwight Eisenhower (nicknamed “Ike”) elected president the year before (he was re-elected in 1956) and Nikita Khrushchev becoming the leader of the Soviet Union when Stalin died.

This was also the year Julius and Ethel Rosenberg were executed for spying for the Soviet Union.  This was a highpoint of a fear that communists were a major threat to United States institutions, a red scare (“reds” a nickname for communists).  The response, led by such people as Senator Joseph McCarthy (thus “McCarthyism”),  often led to civil liberty abuses and a push for conformity.

The stakes seemed very high.  People built fallout shelters, places to go if there was a nuclear attack. The Soviet Union having the first man-made satellite in space (Sputnik) and later manned (cosmonauts or Russian astronauts) missions into space also led to fears the United States were losing not only the arms (weapons) race but the space race too.  The country was at peace but did not seem totally secure.

There were various signs of change to come, including mixed feelings about an “affluent society” in which economic prosperity seemed to include many problems.

NEED A GOOGLE SLIDE DECK OF THE 1960’S? CLICK BELOW