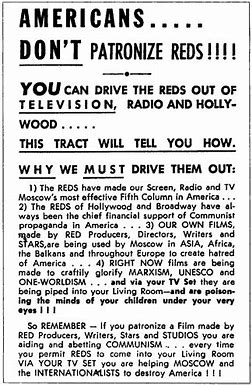 After World War II, the U.S. along with its leading global rival (Soviet Union) were loath to risk another full-fledged conflict, especially with nuclear weapons risking mass destruction.  A different kind of war would be fought for years to come.

The United Nations, an international peacekeeping organization that unlike the League of Nations the United States joined, was formed as World War II ended.

But, hopes for world peace clashed with growing divisions between former allies.  An early sign was the Soviet Union in 1948 blocking entry into West Berlin, controlled by the West, but surrounded by Soviet controlled territory. The United States avoided a military response, providing a massive supply drop from the air (Berlin Airlift), ultimately leading to the Soviets to end the blockade the next year.  This would be a start of a policy of resistance not involving war itself.

The United States provided financial aid to help rebuild Western Europe (Marshall Plan), but the Soviet Union rejected such aid, fearing a threat to their independence. President Truman spoke out against communism, his “Truman Doctrine,” to prevent its spread applied by giving financial aid to Greece and Turkey.  The overall principle also led to the United States involvement in a civil war in Korea to resist communism, which also involved  communist controlled China.

Two competing  “superpowers,” the U.S. and Soviet Union, arose with the military, political and economic means to influence world events.  The world itself was seen as two blocs, one allied with the United States and the West, while the others allied or directly under control of the Soviet Union. There were continual attempts to come ahead in the balance of power.  This included a failed attempt to support the overthrow of Fidel Castro, the communist leader of nearby Cuba (Bay of Pigs) and stopping a Soviet attempt to build a missile base there (Cuba Missile Crisis).

There was also a fear (Red Scare) that a domestic communist threat, assisted by the Soviet Union, existed. A great attempt was made to root communists out of domestic institutions including unions, Hollywood and schools.  This often resulted in unjust results, involving limiting free speech and association and targeting innocent individuals.  Since Sen. Joseph McCarthy was particularly focused on this, this was given the name “McCarthyism.” The Soviet Union putting the first man-made satellite in space (Sputnik)  also led to feelings of inferiority.

Each superpower built up their military, including nuclear capabilities, to safeguard their positions.  This led to an arm race, a competition for military supremacy.   Not wishing to directly clash, superpowers often used proxies — third parties — to flex their power. Proxy wars, such as Korea and Vietnam, not only were significant for the countries themselves, but as superpower conflicts.

But, again, there was a fear of going too far.  Of World War III.  So, there were also continual attempts at detente, efforts to reduce tensions.  Such efforts continued as years of economic problems and political divisions arose in Eastern Europe. Reforms, glasnost (openness, including greater free speech) and perestroika (economic restructuring) were established in the Soviet Union under Mikhail Gorbachev in the 1980s. The Berlin Wall was opened in 1989, Germany unified and the Soviet Union itself broke apart in 1991.  The Cold War was over.