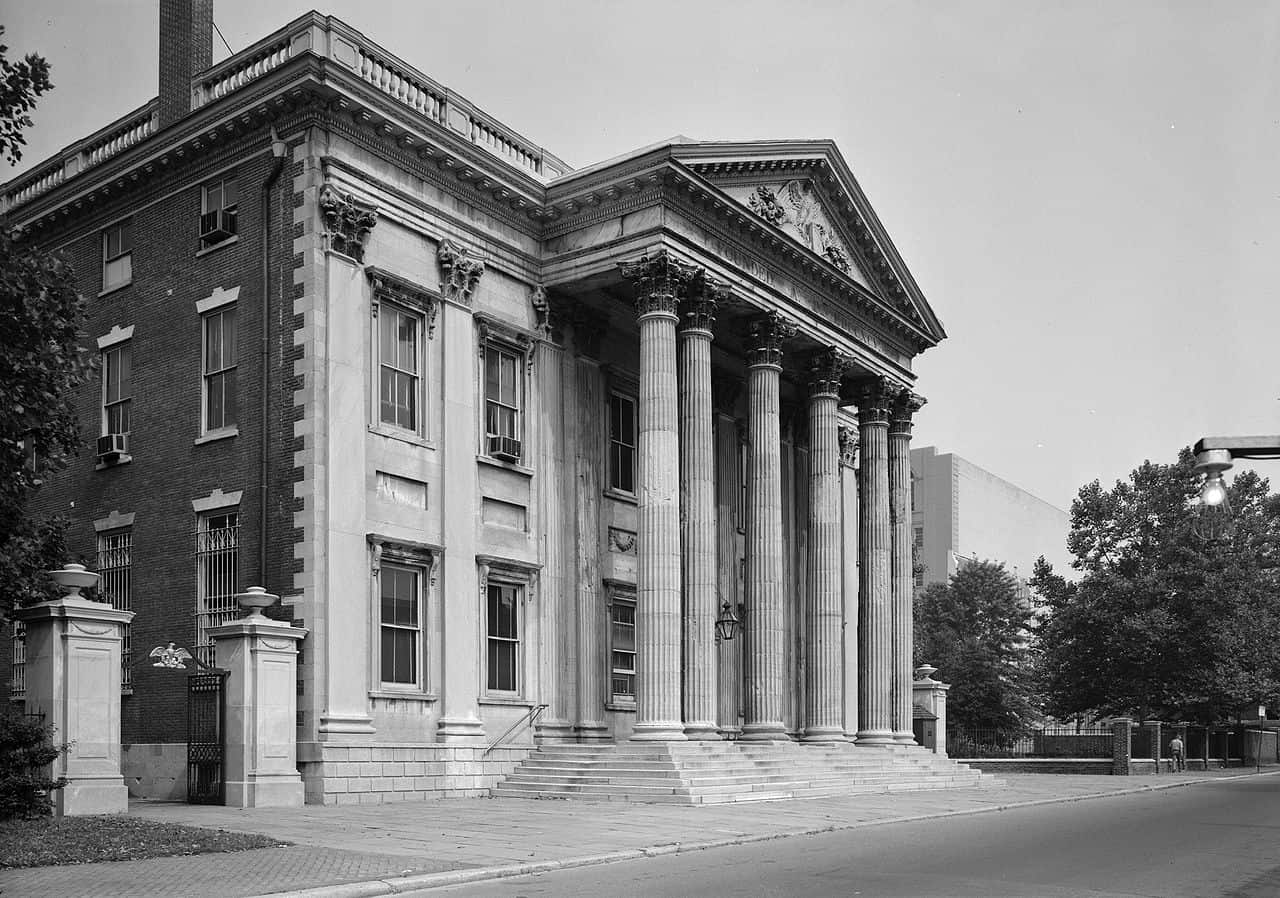 Many disputes that become major Supreme Court cases are first matters that divide people in other places. These disputes often continue, even if some agreement is obtained or controversy dies down.  The bank controversy was an early example of this, splitting people into two strongly disagreeing camps.

Alexander Hamilton, the first Treasury Secretary of the United States, had big ideas as to how to establish the nation’s economic well-being. He also was an important contributor to the debate on not only why the Constitution should be ratified (including many of the still influential Federalist Papers essays), but a particular view of what it means.  A meaning that continues to be deeply debated.

Hamilton supported establishing a national bank to help to regulate American currency and deal with national economic problems.  Many were afraid such a bank would put too much power in the hands of the federal government and a small number of financial power brokers.  This is a policy dispute, a judgment call on what should be done, not what the government can do.

Some also argued the Constitution simply did not allow the creation of such a bank, the Constitution not in so many words granting the power to do so.  James Madison, who co-wrote the Federalist Papers, was among those in this camp, as was Thomas Jefferson.  But, the Hamilton side argued that there was power to do so — the Constitution gives Congress the power “necessary and proper” to carry out its powers.  And, a bank was necessary and proper to do just that, using a broad understanding of both terms.  For instance, it need not be absolutely necessary.

Hamilton won the day, and by the time the twenty-year term granted to the bank ran out, James Madison and others agreed the matter was settled.

Madison was now President Madison and agreed that a new bank was not only constitutional but acceptable policy. He signed into law (1816) a charter for a new bank.  The bank was a private corporation but handled all the financial transactions for the U.S. Government, and was accountable to Congress and the U.S. Treasury.

However, people were still concerned about the power of the bank.  Financial problems arising from the aftermath of the War of 1812 particularly led to opposition to bank policies.  Many wanted state banks to have more power and Maryland passed a law heavily taxing any bank operating in the state not authorized (chartered) by the state itself.  James William McCulloch, the head of the Baltimore Branch of the Second Bank of the United States, refused to pay the tax.  The battle was on.

Chief Justice Marshall handed down an opinion in support of McCulloch.  Marshall basically used Hamilton’s argument on the breadth of congressional power to pass laws.  As long as they did so reasonably and without violating the text or spirit of the Constitution, the courts are not to second guess their judgment. This gives Congress broad power to decide what is appropriate, disputes settled politically.

Maryland didn’t technically ban the bank, right?  However, the state did heavily tax it.  If you were allowed to do something only if you had to pay a large sum of money to do so, your “right” may basically be meaningless or at least much more limited in nature.  The Supreme Court held this was an illegitimate attempt to limit the power of the federal government, which it emphasized was formed by “We the People,” not by states as mere separate entities.

The bank itself would have a troubled existence, but the principle of the case had long term effects. Congress was given broad discretion to formulate policy, including modern day economic policy such as the creation of the Federal Reserve.