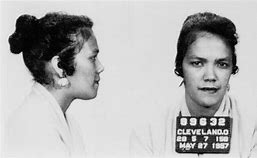 The Fourth Amendment sets forth basic rules protecting people and their property from wrongful searches and seizures by the government.  But, just how to apply the rules results in a lot of controversy, including the right way to enforce them.

This Boy Is On Fire

James Otis in 1761 Boston argued that British officers were abusing authority to search for violations of smuggling laws, including the private residences of colonialists.  Basic liberty and settled law, Otis argued, required a more careful authorization to protect privacy and property. A young John Adams watched, saying later that “Otis was a flame of fire.  American Independence was then and there born.”   Legitimate government would require more safeguards of our rights.

The broad acceptance of such concerns about liberty and the right to enforce it in court helped to show the need of the Fourth Amendment of the Constitution:

The right of the people to be secure in their persons, houses, papers, and effects, against unreasonable searches and seizures, shall not be violated, and no warrants shall issue, but upon probable cause, supported by oath or affirmation, and particularly describing the place to be searched, and the persons or things to be seized.

The Fourth Amendment protects people from “unreasonable searches and seizures,” including police searching a person or arresting them (a form of “seizure”). The amendment also specifically provides a means to enforce that principle by setting in place rules for the authorization of such searches and seizures. A “warrant,” a specific authorization by a judge, must as a rule be obtained, which requires an independent third party (not an arresting officer, for instance) agree it is justified.  And, careful rules are spelled out on how to do it.

The Fourth Amendment originally only applied to the federal government, but the Supreme Court in the 1940s decided that it also applies to the states.  The Fourteenth Amendment protects “due process of law,” fair treatment, and the terms of the Fourth Amendment were found to be included.

Nonetheless, the Supreme Court did not apply a special rule then used to enforce the Fourth Amendment to the states.  If the federal government violated the amendment, any evidence obtained could not be used against the person involved, since the evidence was illegally obtained.  This “exclusionary rule” was not applied to the states, “due process” held to be a weaker standard, one not needing it.

Police in Cleveland, Ohio searched Dollree Mapp’s home for a person wanted for questioning regarding a bombing as well as for evidence related to a gambling investigation. Mapp first demanded to see a warrant, but she was, to quote the ultimate Supreme Court decision, “forcibly taken upstairs to her bedroom where the officers searched a dresser, a chest of drawers, a closet and some suitcases.”

The police without a warrant found evidence that was later used to convict Mapp of possession of illegal pornography.  The Supreme Court in a 1961 decision held that the police violated Mapp’s “right to privacy,” but also that the exclusionary rule was necessary to truly enforce the Fourth Amendment in state cases.  The alternative would invite invasions of rights without adequate means to deter them. The author of the opinion, Justice Tom Clark, was once a U.S. Attorney General.  Mapp’s conviction was the result of an illegal search and overturned.

One justice would have overturned the conviction on other grounds. Three justices, however, disagreed that the exclusionary rule had to be applied to the states.  This is a position many have today — why should evidence of a crime, including something like murder, be excluded because a “constable has blundered”? If necessary, for instance, a person could be given the right to sue the police for damages. The government acting very badly also might warrant different treatment.   For instance, an earlier state case involved forced stomach pumping.