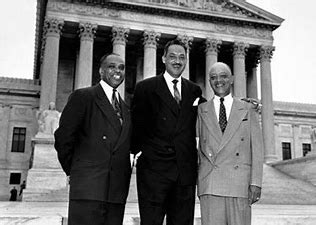 If you’re looking for a brief summary on a topic in history you’re in the right place! You can find reading passages for U.S. History and World History topics and can download a copy for yourself. If you need a digital copy there is a Google link provided as well.

Brown v. Board of Education

Public education developed as an important means to prepare people to be good citizens.  Once freed, former slaves passionately sought out education. The fight for equality included equal access to education; segregation being a big barrier.

After the Civil War, the Constitution was amended to end slavery, protect equal protection of the laws and end racial discrimination in voting.  These rules were often not truly honored, but it was a gigantic step toward equality.

Nonetheless, there were various means used to continue to separate (segregate) people by race. This policy was known as “Jim Crow,” supposedly named after a racist character (arising from the black color of a crow) made popular by a white actor in blackface.  Even though legally the rule was “separate but equal,” meaning that each group received equal things, in practice blacks were treated worse.

Some people felt this was wrong.  They like the civil rights leader Martin Luther King Jr. supported “a day when people will not be judged by the color of their skin, but by the content of their character.”   Even members of Congress who wrote and passed the Civil War amendments allowed segregation of schools in the nation’s capital.  Social segregation, including not allowing interracial marriage, seemed to many appropriate.  Some worried mixing the races would cause serious problems.

Thurgood Marshall (born 1908) was descended from slaves.  Marshall wished to go to law school in his home state of Maryland, was blocked by segregation and went to Howard University.  Mentored by Charles Houston, the dean, Marshall became a leading civil rights lawyer. An early victory was the end of segregation at Maryland’s law school. Maryland had to provide equal education opportunities and did not provide a comparable black law school.  One school? Had to take everyone.

The Supreme Court eventually decided that when such a school had special prestige and history that no separate black school would truly be equal.  The fight to end segregation in public education across the board was a much bigger effort, much more of a threat to the status quo.  An effort was first made to provide black schools with more equal resources.  But, eventually, Thurgood Marshall and others deemed this as a too limited approach.  They would attack segregation in schools itself, arguing that there was no way separate schools can be equal. This is an example of Critical Race Theory, that the law has embedded and legalized racism.

The battle to end school segregation involved multiple lawsuits involving many students; five cases developed out of Washington D.C., Delaware, Virginia, South Carolina and (Topeka) Kansas.  The parents involved often were harassed, seen as dangerous threats to the racist society of the day.  Linda Brown was a black third grader in Topeka, denied the right to go to a nearby school because of segregation.

The Supreme Court heard the cases of Brown and the other children twice, the justices trying to work out a way to form a united opinion. A key moment was the death of the Chief Justice (from segregated Kentucky), replaced by Earl Warren, a more liberal minded person with much political skill.  He helped to obtain agreement from every justice both for the original decision and again to decide what to do next.  The problem so large, schools were allowed time to desegregate.

Chief Justice Warren explained how separation of the races was not a neutral means to address their needs.  Segregation was a result of racism and the black children themselves were led to feel inferior. This was particularly bad because education was ever more important in the modern world.  The case was only applied to schools, but the basic principles soon was applied to end other governmental enforced racial segregation.  Official segregation now deemed unconstitutional; the path was open for federal civil rights laws to help truly enforce racial equality.