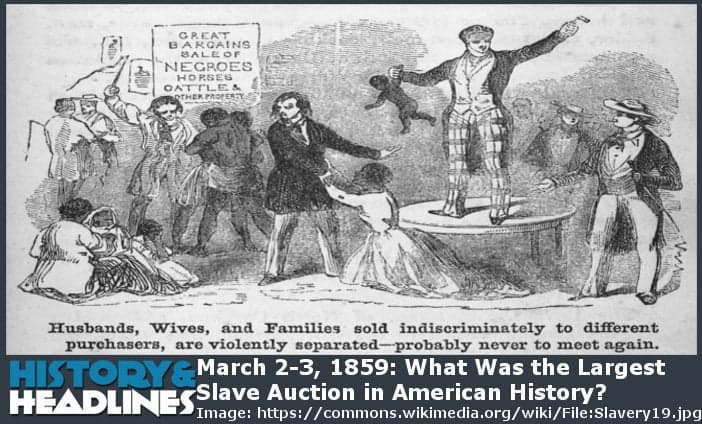 There was always some opposition to the practice of slavery in the U.S., but limited support of total abolition (ending). Abolitionists grew in number in the 19th Century, eventually leading to the ratification of the Thirteenth Amendment.

Black slavery was originally a nation-wide practice, North and South, in the United States.  Nonetheless, opposition began to arise in colonial times.  A religious group known as the Quakers were particularly against slavery, believing in equality of each individual as a creature of God.  Quakers were particularly numerous in Pennsylvania, helping support of gradual emancipation (freedom) of slavery there.

There was also philosophical support for equality of all people, some taking the “all men are created equal” language in the Declaration of Independence as a literal command that warranted immediate action. This mindset led to the end of slavery in places like Massachusetts. Others were more limited in their concerns, including opposing the interstate slave trade or accepting of limited emancipation (freedom) of slaves.  More free blacks helped show that they were like everyone else.

As slavery slowly was abolished in the North, including totally barred from the Old Northwest (Northwest Ordinance), it continued in the South.  Nonetheless, in all areas, slaves themselves also resisted slavery.  The woman eventually known as Sojourner Truth, for instance, got tired of waiting for freedom to take place in New York.  She escaped with her daughter Sophia.  Frederick Douglas also ran away from his master in Maryland.  Both became leading abolitionists.  Many other slaves ran away or resisted in other ways such as holding back work.

There was a wide acceptance that slavery was at least an unfortunate reality open to abuse, but not something easily ended.  The word “slavery” is not even used in the Constitution, which also allowed the international slave trade to be ended after twenty years.  Northern states began to gradually end slavery over a span of decades.  Others, including some in the South like Henry Clay, supported colonization which involved setting up colonies of freed blacks in Africa.

Nonetheless, the total end of slavery (abolition) was seen as basically impossible and unreasonably radical.  The Constitution itself protected the rights of owners to retrieve fugitive slaves and it was understood that states should have discretion over regulating slavery.  National politics also encouraged compromises, retaining support of slave states requiring acceptance of slavery in some fashion.

Slavery was dying out in the North and spreading it to new territories in the West opposed by many (“free soil” movement).  Total abolitionism, however, was still a minority position. There was a growing demand by the 1830s, however, led by such abolitionists like William Lloyd Garrison, for more immediate action.

Gradualism was no longer deemed acceptable by this group and they started to be more and more vocal about it.  Various motivations were involved including religious beliefs, support of free labor principles and philosophical support of the equality of all persons.  The wrongs of slavery were highlighted, including in personal slave narratives and fictional works such as Uncle Tom’s Cabin by Harriet Beecher Stowe.  There was also some racism involved, slavery and blacks overall seen as threats to free white society.

A stronger national Fugitive Slave Act (1850) and opening up Kansas to slavery increased support of abolitionism.  Some supported unlawful means such as support of fugitive slaves, including the Underground Railroad.  John Brown not only took part in violent clashes in Kansas but tried to set off a widespread slave rebellion by seizing an armory at Harpers Ferry (1859).  He failed, but the Civil War opened up a path to national abolition via the Thirteenth Amendment.