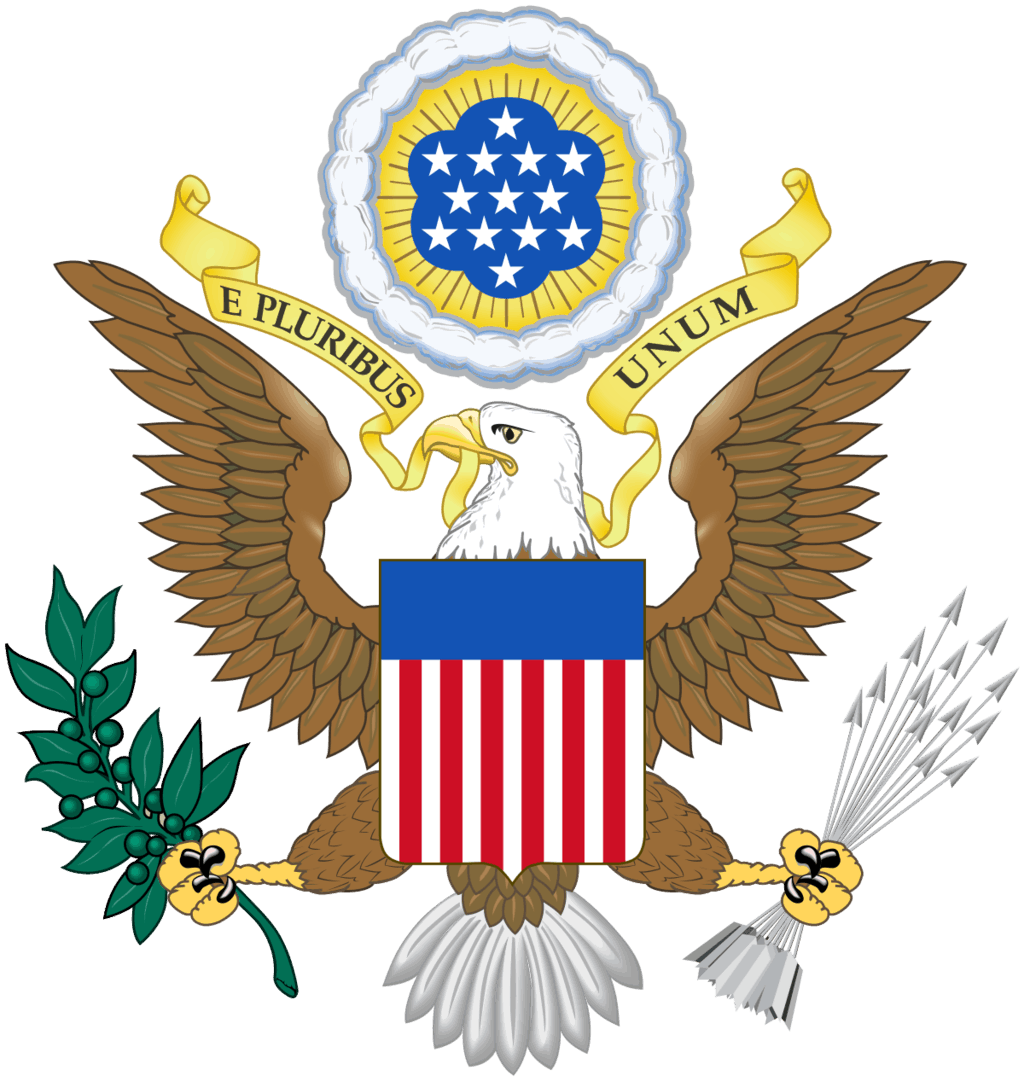 Following are various primary source documents encompassing the Articles of Confederation through the creation of the Bill of Rights. You can get an editable copy of this post to use in your classroom. Simply click on the button at the bottom of the page. You will be prompted to make a copy of the Google doc and can use 1 or all of the following documents as you see fit.

The first plan of government of the United States was the Articles of Confederation.

This document gave the states a lot of power.  The forefathers feared a strong central government might become too powerful. However, it soon became apparent that it was not good enough for the growing nation.

Contents show
1 Excerpt of the Articles of Confederation
2 Records of the Federal Convention
3 Excerpt of U.S. Constitution
3.1 Article. I.
4 Excerpt of Federalist No. 1
5 Excerpt of Speech of Patrick Henry (June 5, 1788)
6 Excerpt of Brutus No. 1
7 Excerpts: Jefferson and Madison Discuss Need of Bill of Rights
8 Ideas for Teaching with these Resources
8.1 RELATED POSTS:

Excerpt of the Articles of Confederation

Article I. The Stile of this confederacy shall be “The United States of America.”

Article II. Each state retains its sovereignty, freedom, and independence, and every Power, Jurisdiction and right, which is not by this confederation expressly delegated to the United States, in Congress assembled.

Article III. The said states hereby severally enter into a firm league of friendship with each other, for their common defence, the security of their Liberties, and their mutual and general welfare, binding themselves to assist each other, against all force offered to, or attacks made upon them, or any of them, on account of religion, sovereignty, trade, or any other pretence whatever.

Various people took notes at the Constitutional Convention. But, James Madison’s notes are particularly important for their detail and on account of his special role in the creation of the Constitution.  They are summaries of what happened; not an exact transcript.

Records of the Federal Convention

Resol [Resolution]: 4. first clause “that the members of the first branch of the National Legislature ought to be elected by the people of the several States” being taken up

Mr. Sherman opposed the election by the people, insisting that it ought to be by the State Legislatures. The people he said, immediately should have as little to do as may be about the Government. They want information and are constantly liable to be misled.

Mr. Gerry. The evils we experience flow from the excess of democracy. The people do not want virtue; but are the dupes of pretended patriots.

Mr. Mason. argued strongly for an election of the larger branch by the people. It was to be the grand depository of the democratic principle of the Govt. It was, so to speak, to be our House of Commons

Mr. Wilson contended strenuously for drawing the most numerous branch of the Legislature immediately from the people.

Mr. Madison considered the popular election of one branch of the national Legislature as essential to every plan of free Government.

Source: James Madison’s Notes of Debates in the Federal Convention, May 31, 1787.

We the People of the United States, in Order to form a more perfect Union, establish Justice, insure domestic Tranquility, provide for the common defence, promote the general Welfare, and secure the Blessings of Liberty to ourselves and our Posterity, do ordain and establish this Constitution for the United States of America.

Section 1. All legislative Powers herein granted shall be vested in a Congress of the United States, which shall consist of a Senate and House of Representatives.

The powers not delegated to the United States by the Constitution, nor prohibited by it to the States, are reserved to the States respectively, or to the people.

Excerpt of Federalist No. 1

It may perhaps be thought superfluous to offer arguments to prove the utility of the UNION, a point, no doubt, deeply engraved on the hearts of the great body of the people in every State, and one, which it may be imagined, has no adversaries. But the fact is, that we already hear it whispered in the private circles of those who oppose the new Constitution, that the thirteen States are of too great extent for any general system, and that we must of necessity resort to separate confederacies of distinct portions of the whole.1 This doctrine will, in all probability, be gradually propagated, till it has votaries enough to countenance an open avowal of it. For nothing can be more evident, to those who are able to take an enlarged view of the subject, than the alternative of an adoption of the new Constitution or a dismemberment of the Union. It will therefore be of use to begin by examining the advantages of that Union, the certain evils, and the probable dangers, to which every State will be exposed from its dissolution. This shall accordingly constitute the subject of my next address.

There were many people against the ratification of the Constitution. Sometimes known as “Anti-Federalists,” they included some leading figures of the day.

Mr. Chairman … I rose yesterday to ask a question which arose in my own mind. When I asked that question, I thought the meaning of my interrogation was obvious: The fate of this question and of America may depend on this: Have they said, we, the States? Have they made a proposal of a compact between states? If they had, this would be a confederation: It is otherwise most clearly a consolidated government. The question turns, Sir, on that poor little thing-the expression, We, the people, instead of the States, of America. I need not take much pains to show that the principles of this system are extremely pernicious, impolitic, and dangerous. Is this a monarchy, like England-a compact between prince and people, with checks on the former to secure the liberty of the latter? Is this a Confederacy, like Holland-an association of a number of independent states, each of which retains its individual sovereignty? It is not a democracy, wherein the people retain all their rights securely.  ….

When I thus profess myself an advocate for the liberty of the people, I shall be told, I am a designing man, that I am to be a great man, that I am to be a demagogue; and many similar illiberal insinuations will be thrown out; but, Sir, conscious rectitude, outweighs those things with me: I see great jeopardy in this new Government. I see none from our present one: I hope some Gentleman or other will bring forth, in full array, those dangers, if there be any, that we may see and touch them.

Source: Speech of Patrick Henry, June 7, 1788; Speech Delivered at the Virginia Convention Debate of the Ratification of the Constitution

Excerpt of Brutus No. 1

But if, on the other hand, this form of government contains principles that will lead to the subversion of liberty — if it tends to establish a despotism, or, what is worse, a tyrannic aristocracy; then, if you adopt it, this only remaining asylum for liberty will be [shut] up, and posterity will execrate your memory. . . .

The first question that presents itself on the subject is, whether a confederated government be the best for the United States or not? Or in other words, whether the thirteen United States should be reduced to one great republic, governed by one legislature, and under the direction of one executive and judicial; or whether they should continue thirteen confederated republics, under the direction and control of a supreme federal head for certain defined national purposes only?

This inquiry is important, because, although the government reported by the convention does not go to a perfect and entire consolidation, yet it approaches so near to it, that it must, if executed, certainly and infallibly terminate in it.

Many people felt the Constitution was incomplete without a Bill of Rights.

Excerpts: Jefferson and Madison Discuss Need of Bill of Rights

I sincerely rejoice at the acceptance of our new Constitution by nine states.  It is a good canvas, on which some strokes only want retouching. What these are, I think are sufficiently manifested by the general voice from north to south, which calls for a bill of rights. It seems pretty generally understood, that this should go to juries, habeas corpus, standing armies, printing, religion and monopolies.

My own opinion has always been in favor of a bill of rights; provided it be so framed as not to imply powers not meant to be included in the enumeration. At the same time I have never thought the omission a material defect nor been anxious to supply it even by subsequent amendment, for any other reason than that it is anxiously desired by others. I have favored it because I supposed it might be of use, and if properly executed could not be of disservice.

Ideas for Teaching with these Resources