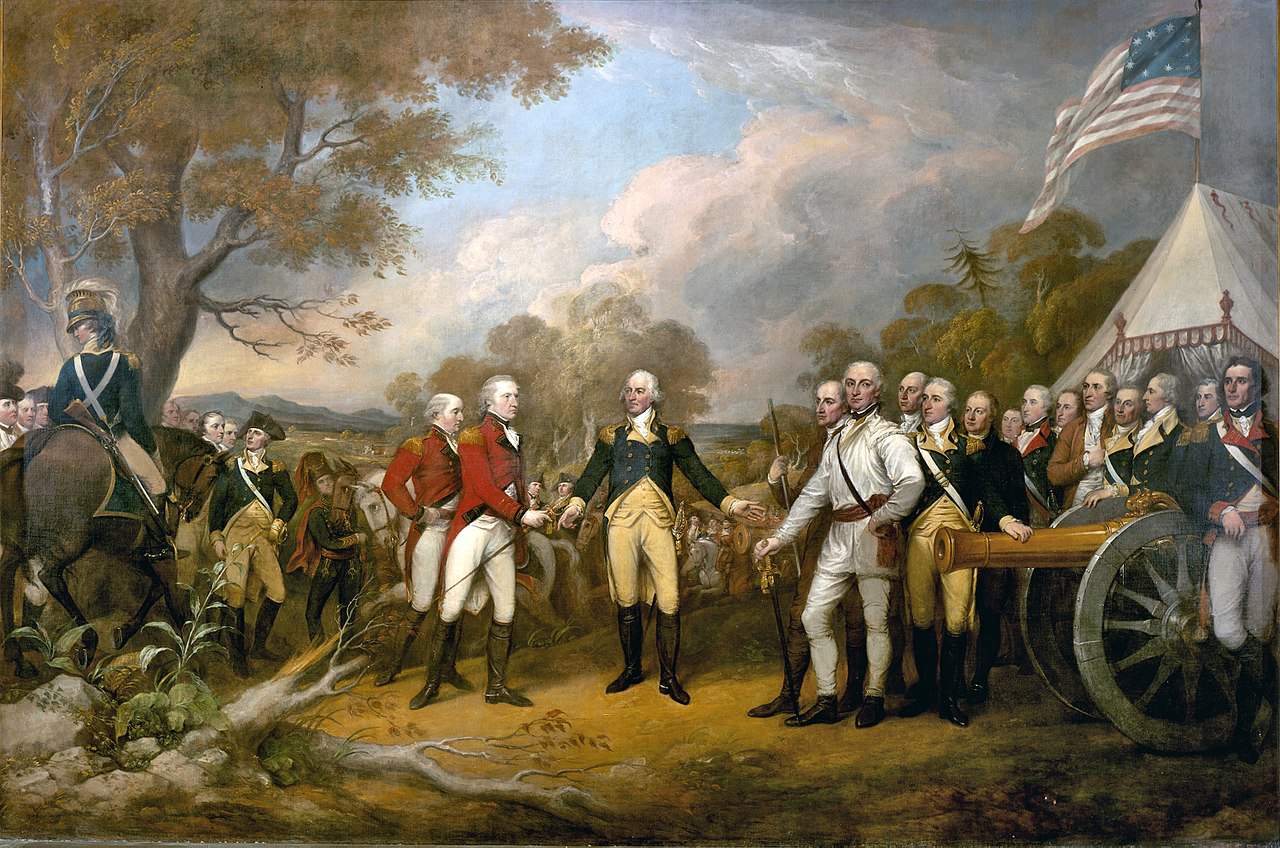 The American Revolution was the culmination of many failed attempts by the colonists to attain more control over lives. As they demanded “no taxation without representation” the British responded with more taxes and tighter enforcement.

The first “shot heard round the world” (as poet Ralph Waldo Emerson later described it) fired in Concord, Massachusetts led to a war that would ultimately be won by the underdogs and influence revolutions around the world.

Following are 6 documents related to the Revolution. They have varying degrees of difficulty. You can download a copy of this post (see button at the botton of the page) and use 1 or all of the documents with your class. You’ll be prompted to make your own copy of the Google doc and can edit it for the needs of your students.

Contents show
1 Petition to the King
2 Thomas Paine’s “Common Sense”
2.1 Excerpt of Common Sense:
3 Declaration of Independence
3.1 Excerpt of Declaration of Independence
4 LETTER FROM GENERAL WASHINGTON TO THE PRESIDENT OF CONGRESS
4.1 TO THE PRESIDENT OF CONGRESS.
5 WASHINGTON CROSSING THE DELAWARE
5.1 Washington Crossing the Delaware 1851 by Emanuel Leutze (At the Metropolitan Museum)
6 TREATY OF PARIS
6.1 Excerpt: The Definitive Treaty of Peace 1783
7 Conclusion
8 Other Primary Source Topics

Petition to the King

The British punished the colonists for the Boston Tea Party with several new laws  further restricting business that the colonists nicknamed the Intolerable Acts.

The First Continental Congress submitted a request to King George III to repeal them.  This petition shows the growing sense of injustice felt by the colonists.

Excerpt of Petition to the King

From this destructive system of Colony Administration, adopted since the conclusion of the last war, have flowed those distresses, dangers, fears, and jealousies, that overwhelm your Majesty’s dutiful Colonists with affliction; and we defy our most subtle and inveterate enemies to trace the unhappy differences between Great Britain and these Colonies, from an earlier period, or from other causes than we have assigned. Had they proceeded on our part from a restless levity of temper, unjust impulses of ambition, or artful suggestions of seditious (acts against the king) persons, we should merit the opprobrious (punitive) terms frequently bestowed upon us by those we revere (respect). But so far from promoting innovations, we have only opposed them; and can be charged with no offence, unless it be one to receive injuries and be sensible of them.

Had our Creator been pleased to give us existence in a land of slavery, the sense of our condition might have been mitigated by ignorance and habit. But, thanks be to his adorable goodness, we were born the heirs of freedom, and ever enjoyed our right under the auspices of your Royal ancestors, whose family was seated on the British Throne to rescue and secure a pious and gallant Nation from the Popery and despotism of a superstitious and inexorable tyrant. Your Majesty, we are confident, justly rejoices that your title to the Crown is thus founded on the title of your people to liberty; and, therefore, we doubt not but your royal wisdom must approve the sensibility that teaches your subjects anxiously to guard the blessing they received from Divine Providence, and thereby to prove the performance of that compact which elevated the illustrious House of Brunswick to the imperial dignity it now possesses.

Source: Journal of the Proceedings of the Congress held at Philadelphia, September 5, 1774.

Thomas Paine wrote a pamphlet called “Common Sense”.  This short booklet was written in simple English so that most people could read and understand it.

The message Paine spread was simple: the mounting problems with Britain made it clear that the colonies could no longer continue their relationship and must instead be an  independent nation. Paine’s ideas spread quickly and greatly influenced many to join the patriot movement.

THOUGHTS ON THE PRESENT STATE OF AMERICAN AFFAIRS.

In the following pages I offer nothing more than simple facts, plain arguments, and common sense; and have no other preliminaries to settle with the reader, than that he will divest himself of prejudice and prepossession, and suffer his reason and his feelings to determine for themselves; that he will put on, or rather that he will not put off, the true character of a man, and generously enlarge his views beyond the present day.

56 Volumes have been written on the subject of the struggle between England and America. Men of all ranks have embarked in the controversy, from different motives, and with various designs; but all have been ineffectual, and the period of debate is closed. Arms, as the last resource, decide the contest; the appeal was the choice of the king, and the continent hath accepted the challenge.

On July 2, 1776, American independence from Great Britain was declared.

Two days later, the Declaration of Independence was signed. This document not only provides reasons why American independence was justified, but also set forth basic principles of just government that inspired many world-wide for years to come.

Excerpt of Declaration of Independence

The unanimous Declaration of the thirteen United States of America, When in the Course of human events, it becomes necessary for one people to dissolve the political bands which have connected them with another, and to assume among the powers of the earth, the separate and equal station to which the Laws of Nature and of Nature’s God entitle them, a decent respect to the opinions of mankind requires that they should declare the causes which impel them to the separation.

We hold these truths to be self-evident, that all men are created equal, that they are endowed by their Creator with certain unalienable (cannot be taken away) Rights, that among these are Life, Liberty and the pursuit of Happiness.–That to secure these rights, Governments are instituted among Men, deriving their just powers from the consent of the governed, –That whenever any Form of Government becomes destructive of these ends, it is the Right of the People to alter or to abolish it, and to institute new Government, laying its foundation on such principles and organizing its powers in such form, as to them shall seem most likely to effect their Safety and Happiness.

LETTER FROM GENERAL WASHINGTON TO THE PRESIDENT OF CONGRESS

George Washington’s army used Valley Forge, Pennsylvania, as its winter quarters. Philadelphia, then the new nation’s capital, had just been lost to the British.  The harsh winter conditions were made worse from lack of supplies, as this letter suggests.

Excerpt of Letter from Washington to Congress

TO THE PRESIDENT OF CONGRESS.

It is with infinite pain and concern, that I transmit to Congress the enclosed copies of sundry letters respecting the state of the commissary’s department. In these, matters are not exaggerated. I do not know from what cause this alarming deficiency, or rather total failure of supplies, arises; but, unless more vigorous exertions and better regulations take place in that line immediately, this army must dissolve. I have done all in my power, by remonstrating, by writing, by ordering the commissaries on this head, from time to time; but without any good effect, or obtaining more than a present scanty relief. Owing to this, the march of the army has been delayed, upon more than one interesting occasion, in the course of the present campaign; and had a body of the enemy crossed the Schuylkill this morning, as I had reason to expect, from the intelligence I received at four o’clock last night, the divisions which I ordered to be in readiness to march and meet them could not have moved. It is unnecessary for me to add more upon the subject. I refer Congress to the copies, by one of which they will perceive, how very unfavorable also our prospect is of having any considerable supplies of salt provisions for the ensuing year.

On the night of December 25, 1776 General George Washington led his troops across the Delaware for a surprise attack on the Hessian soldiers in New Jersey. Hessians were soldiers — mainly German — hired by the British to fight for them. Washington’s troops were suffering from low morale. There was a shortage of food, clothing and supplies. His plan for a surprise attack and quick win was an attempt to raise morale. The victory was a turning point that turned the war back in the Americans’ favor.

The Revolutionary War was officially over with the signing of the Treaty of Paris.  This was the formal peace treaty between Great Britain and the United States.

Excerpt: The Definitive Treaty of Peace 1783

His Brittanic Majesty acknowledges the said United States, viz., New Hampshire, Massachusetts Bay, Rhode Island and Providence Plantations, Connecticut, New York, New Jersey, Pennsylvania, Maryland, Virginia, North Carolina, South Carolina and Georgia, to be free sovereign and independent states, that he treats with them as such, and for himself, his heirs, and successors, relinquishes all claims to the government, propriety, and territorial rights of the same and every part thereof.

It is agreed that creditors on either side shall meet with no lawful impediment to the recovery of the full value in sterling money of all bona fide debts heretofore contracted.

The navigation of the river Mississippi, from its source to the ocean, shall forever remain free and open to the subjects of Great Britain and the citizens of the United States.

Source: The Definitive Treaty of Peace and Friendship between His Britannick Majesty and the United States of America (London, 1783).

Primary source documents are an integral resource when teaching history. Sometimes it can be extremely time-consuming to hunt them down. Hopefully these documents will be useful 🙂

Continue Reading
link to Should I Use BC Or BCE In The Classroom?

A lot of things have changed in schools in the last few decades. This is not just change because people think differently than they used to, but a change that aligns with how our society is...