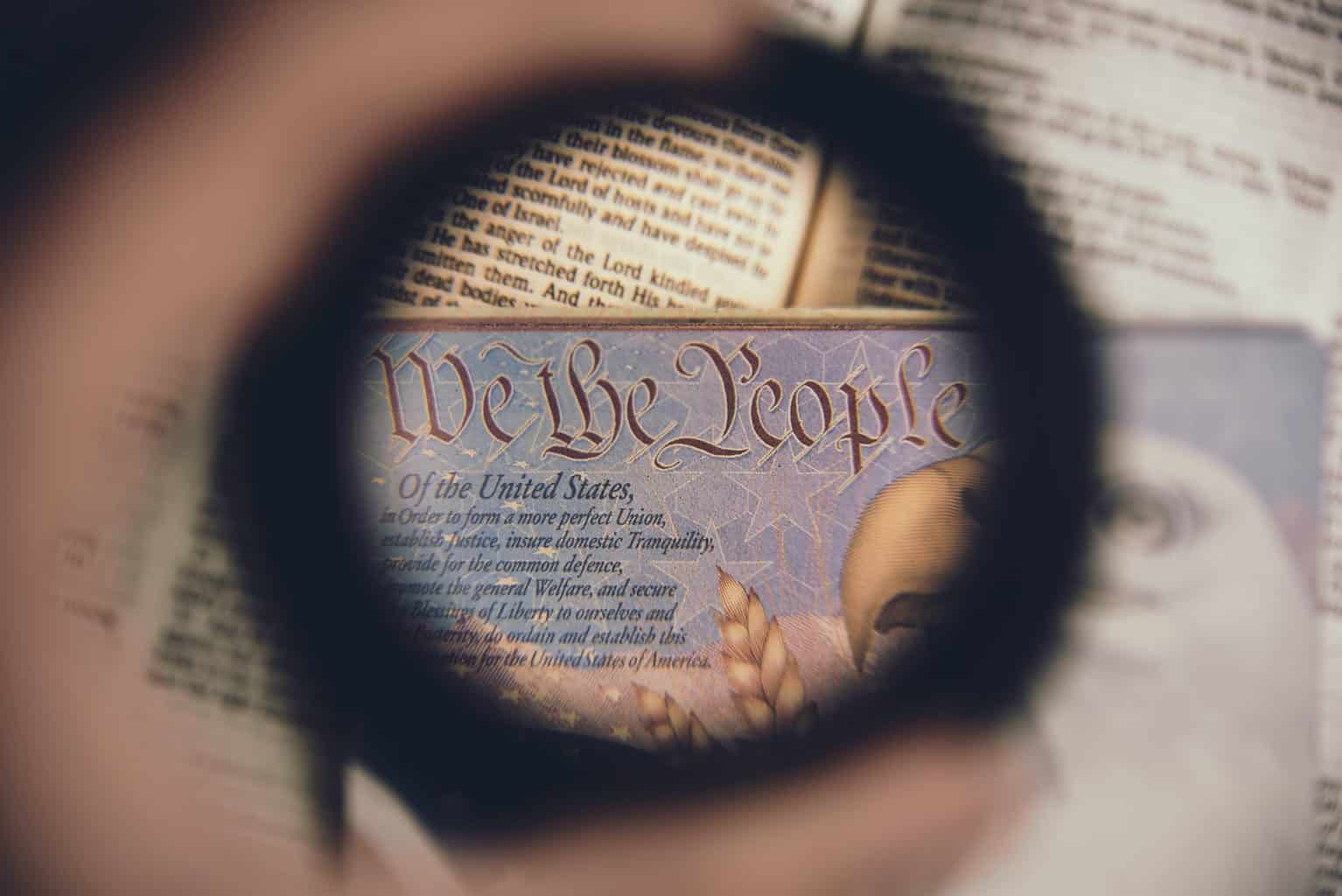 The exam below consists of 25 document-based multiple-choice questions. You can download a pdf copy for use in your classroom by clicking on the button at the bottom of the page. The pdf includes the exam and answer key.

Directions: Choose the best answer for each question.

1. The primary purpose of the Articles of Confederation was to

2. In order to win ratification of the United States Constitution, supporters agreed to

3. The main reason the Constitutional Convention was called to update the Articles of Confederation was that it

Base your answers to questions 4 and 5 on the following:

4. Which two groups debated the ratification of the new Constitution?

5. In this passage, the founding fathers believed that A.All citizens should have the right to vote B.State governments should have providence over the national government C.Sovereignty should be in the hands of the people D. people get their power from the government

6. Building support for the ratification of the United States Constitution was the purpose of the

A. Farewell Address of George Washington

B. Virginia House of Burgesses

7. Which two groups debated the ratification of the new Constitution? A.North and south B.Federalists and Anti-federalists C.Democratic party and Republican party D.Legislative branch and judicial branch

Base your answers to questions 8 and 9 on the following:

“The United States, in congress assembled, shall never engage in a war, nor grant letters of marque and reprisal in time of peace, nor enter into any treaties or alliances, nor coin money, nor regulate the value thereof nor ascertain the sums and expenses necessary for the defence and welfare of the united states, or any of them, nor emit bills, nor borrow money on the credit of the united states, nor appropriate money, nor agree upon the number of vessels of war to be built or purchased, or the number of land or sea forces to be raised, nor appoint a commander in chief of the army or navy, unless nine states assent to the same…” Excerpt of the Articles of Confederation

8. Under the Articles of Confederation Congress could not declare war or coin money unless

9. This portion of the Articles makes it clear

10. Federalism is best defined as a principle of government that

11. Which of the following is an example of checks and balances?

Base your answers to questions 12 and 13 on the following excerpt from the U.S. Constitution:

The Senate of the United States shall be composed of two Senators from each State, chosen by the Legislature thereof, for six Years; and each Senator shall have one Vote.

Immediately after they shall be assembled in Consequence of the first Election, they shall be divided as equally as may be into three Classes. The Seats of the Senators of the first Class shall be vacated at the Expiration of the second Year, of the second Class at the Expiration of the fourth Year, and of the third Class at the Expiration of the sixth Year, so that one third may be chosen every second Year; and if Vacancies happen by Resignation, or otherwise, during the Recess of the Legislature of any State, the Executive thereof may make temporary Appointments until the next Meeting of the Legislature, which shall then fill such Vacancies.

12. Allowing for 2 senators from each state is a result of which constitutional compromise?

13. If a senator leaves office for any reason mid-term who chooses a temporary replacement?

14. The constitutional principle of popular sovereignty refers to

15. Shay’s Rebellion was an example of

Base your answers to questions 16 and 17 on the following:

16. As an author of the Federalist Papers James Madison was

17. Madison’s message in this passage is that

18. The Constitution is a flexible document because

Base your answers to questions 20 and 21 on the diagram above:

21. One way in which Congress can check on the president is by

22. Which of the following are constitutional principles?

23. During the Constitutional Convention which parties were at odds over-representation in Congress?

Base your answers to questions 24 and 25 on the following excerpt from Article 6 of the Constitution:

24. According to Article 6 of the Constitution

25. The Constitution was written based on Enlightenment era ideas such as

My feet are a challenging case study for any shoe. After a lifetime of unfortunate decisions, like running around on 3-inch heels 10 hours a day for decades, my tootsies have issues. After much trial...